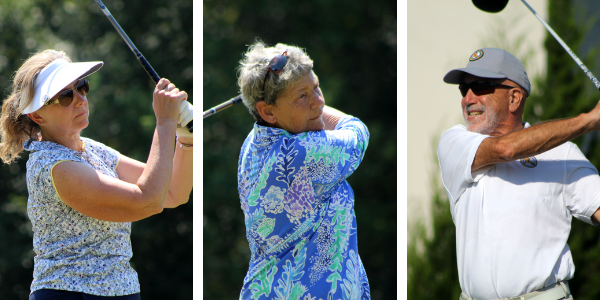 Randy Indovina of Baton Rouge leads the Louisiana Golf Association Net Amateur Championship at Greystone Golf & Country Club in Denham Springs. Indovina shot an opening round of three-under par 69 to lead by one stroke over Carl Lemaire Sulphur. Steven Cavell and Gayle Sanchez of Baton Rouge both finished the day in tied for third with rounds of one-under par 71. Ten players are currently within six strokes of the lead. It will be an exciting finish to the Championship on Sunday.

It was a beautiful day for golf in Denham Springs with temperatures rising to the low-90s. Greystone Golf & Country Club is in excellent condition and drew rave reviews from competitors.

Click here to view final round pairings and starting times.