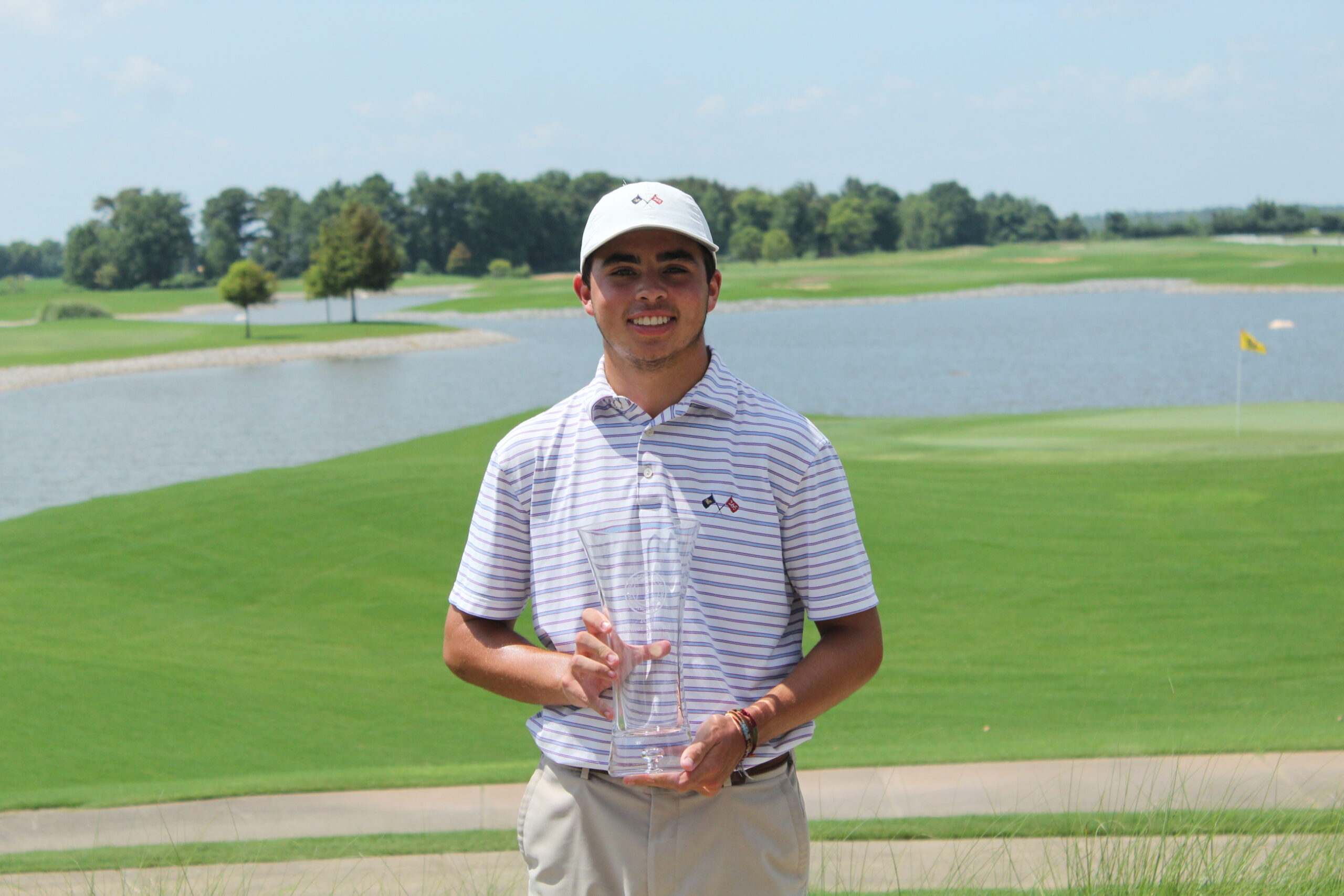 Peyton Johnson of Shreveport never lost the lead after his opening round of four-under par 68. Johnson followed up his second round 66 with a final round of even par 72 for a 54-hole total of ten-under par 206. Johnson battled the heat to best his playing competitors on Friday, Luke Haskew of Baton Rouge and Eli Ortego of Broussard by one stroke in the Championship. Johnson joins a special group of Junior Amateur Champions from Shreveport to win at Links on the Bayou in Alexandria. Sam Burns, a current PGA Tour player won in 2012 and Philip Barbaree a current member of the LSU Men’s golf team and 2015 U.S. Junior Amateur Champion won in 2014. Johnson and current Girls’ Junior Amateur Champion Sydney Moss both attend C.E. Byrd High School in Shreveport.

Johnson received the “Past Champions’ Award” in the form of a $400 gift certificate that may be utilized in the Golf Shop at Links on the Bayou.  He will have his name engraved on a beautiful plaque that honors each of the past LGA Junior Amateur Champions dating back to 1958, and it will be displayed at his home club, Southern Trace until the 2021 Championship. Johnson will also receive a new Titleist golf bag embroidered with the LGA logo and “2020 LGA Junior Amateur Champion” signifying his victory. Johnson earned full exempt status with the American Junior Golf Association (AJGA). Other AJGA Performance Based Entry Stars were awarded to the boys as follows: Top 5 (12 Performance Stars), Top 10 (8 Stars), Top 15 (4 Stars).

It was a hot and humid day at Links on the Bayou in Alexandria. The course played to a par 72 at approximately 6,800 yards for the Championship.