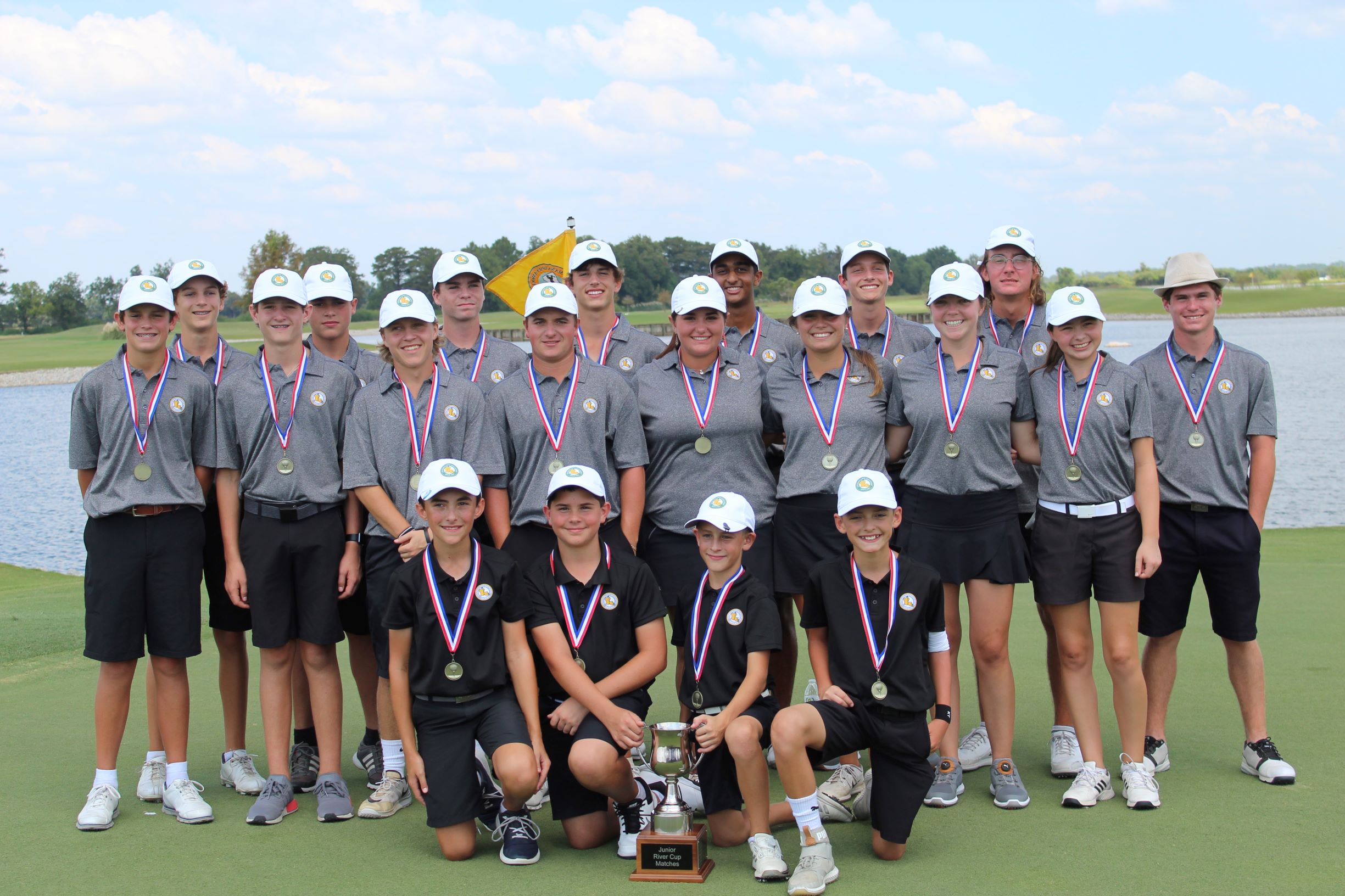 Team Louisiana was victorious in the ninth annual Junior River Cup on Sunday in Alexandria. The final day was full of excitement and drama. Team Louisiana held a 3 point lead entering Sunday’s singles matches after amassing 11 1/2 points in Saturday’s Four-Ball and Foursome matches. Needing to secure 8.5 points to retain the cup, Team Louisiana had to hang tough and play hard to get the win. When the dust settled, Team Louisiana tallied 12 points on Sunday, winning 10 of the 20 singles matches and earning half a point in four matches. It wasn’t easily done however; Team Mississippi battled and seven matches went all 18 holes. At the end of the day however, the Junior River Cup was Louisiana’s again with a winning score of 23.5-16.5.

Team Louisiana Members are listed below: