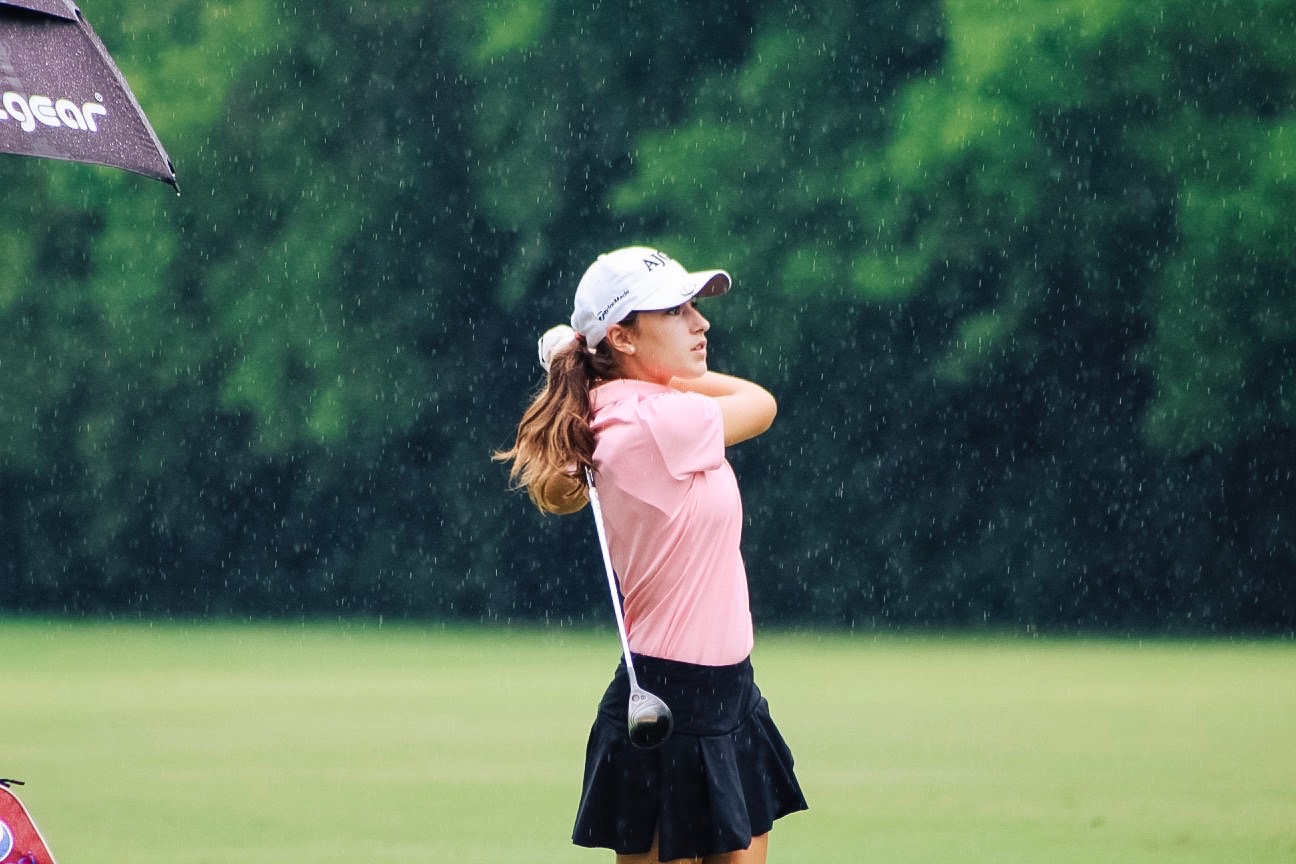 Inclement weather and flooding in the Acadiana area forced the final round of the Louisiana Junior Golf Tour (LJGT) at Oakbourne to be cancelled Thursday morning.  As a result, the Championship was shortened to 18 holes.  Kale Fontenot of Lafayette and Liza Lapeyre of New Orleans emerged victorious in their respective divisions after playing brilliantly through challenging weather conditions on Wednesday.  Fontenot, a member at Oakbourne CC, fired the low round of the Championship, a two-under par 70 and won the Boys Overall Championship by two strokes over runner-up Porter May of Shreveport.  Fontenot was the only competitor to finish under par for the Championship, and his stellar round included five birdies and three bogeys.  Rounding out the top five in the Boys Division are: T3) Patrick Blaum of Covington (75), T3) Eli Hill of Bossier City (75), and 5) Gage Burnham of Haynesville (76).  Lapeyre’s first round 82 earned her a four-shot victory over runner-up Kaitlyn Montoya of Shreveport.  Lapeyre’s round included the shot of the tournament when she holed out for eagle with a 9-iron from 100 yards at the par 4 10th hole.  Mckenzie LeDuff and Isabella Callaba, both of Lake Charles, finished tied for third in the Girls Division.

Connor Cassano of Shreveport won the Boys 11-13 Division after carding a two-over par 74.

All of the competitors in the field showcased true grit by “weathering the storm” on Wednesday, and it was unfortunate that Mother Nature shortened the event.  More than five inches of rain hammered the Oakbourne golf course within a twenty-four hour span, rendering the course unplayable on Thursday.  The Dick Wilson designed Oakbourne Country Club is a tree lined shot makers course and played to a par 72 at 6,614 yards for the Overall Boys Division and 5,661 yards for the Overall Girls Division and Boys 11-13.

The next LJGT event is scheduled for June 13-14 at Squire Creek Country Club in Choudrant.