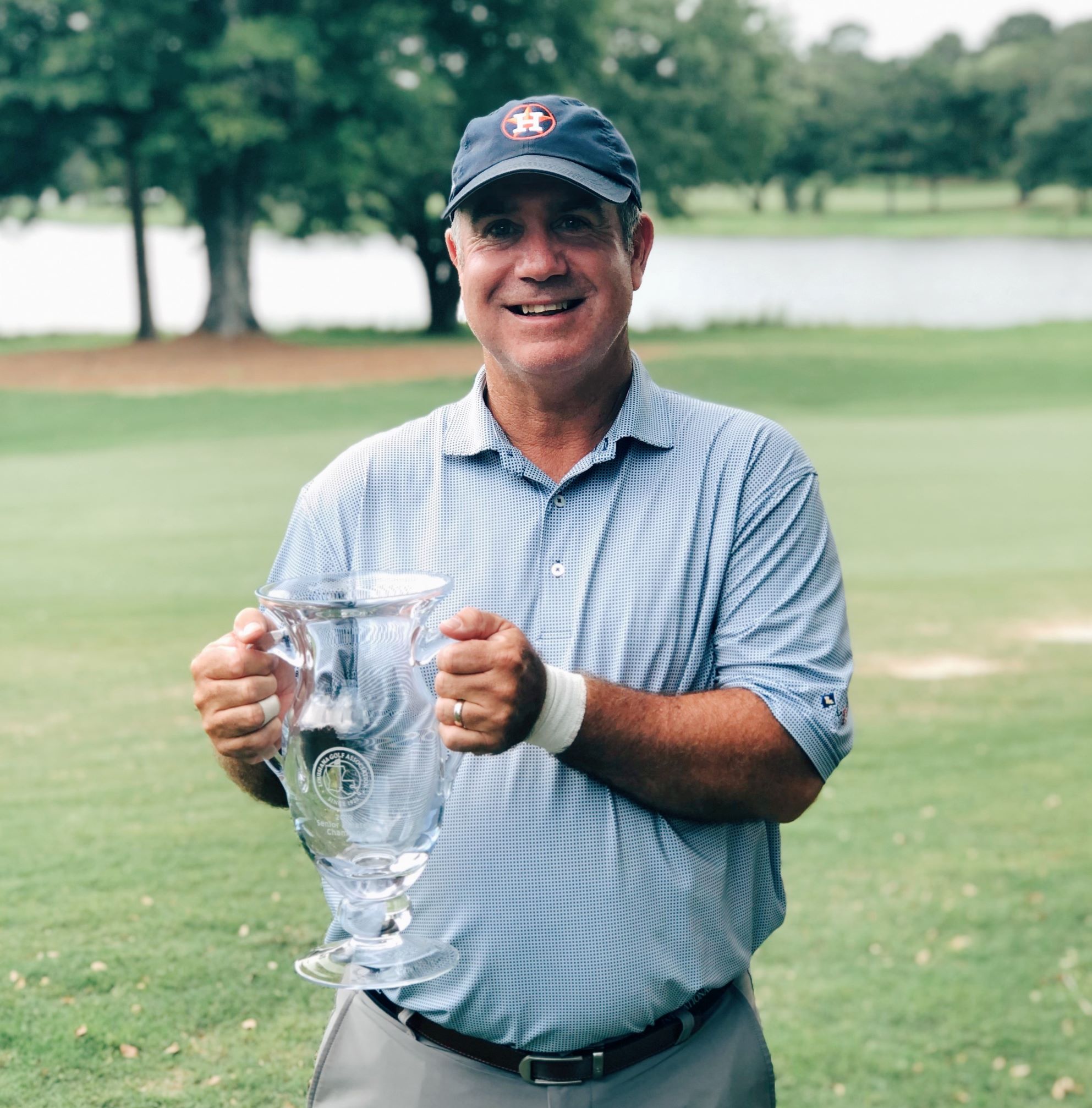 McWilliams began his day in the penultimate group five shots back of the lead. A steady dose of pars to start the round followed by a birdie on the par 4 5th hole would help close the gap on the lead turning at one-under par 35. McWilliams stumbled at the par 4 10th hole making bogey. Meanwhile, Brennan holed out for eagle on 9 from 147 yards with a 9-iron seemingly shifting the momentum. When McWilliams stepped on the 11th tee he was once again starring down a five-stroke deficit. McWilliams showcased the resilience of a champion making back-to-back birdies on the 11th and 12th holes to close in on the lead. McWilliams final birdie of the championship was carded at the par 5 17th hole bringing him to three-under par for the round and two-under for the championship. A routine par on the home hole was all McWilliams needed to secure the victory. McWilliams and Brennan both highly decorated LGA Champions performed brilliantly as they were the only players in the field to finish under par for the championship.

It was a perfect late spring day for the Final Round. Temperatures in the upper 80s with a breeze out of the South, gusting occasionally in the afternoon. The Ron Garl designed Money Hill Golf & Country Club Track played to a par 72 at approximately 6,554 yards. The golf course was the perfect showcase for the top Seniors in the state of Louisiana. The 31st edition of the LGA Senior Amateur Championship will be conducted at Koasati Pines at Coushatta in Kinder, LA.