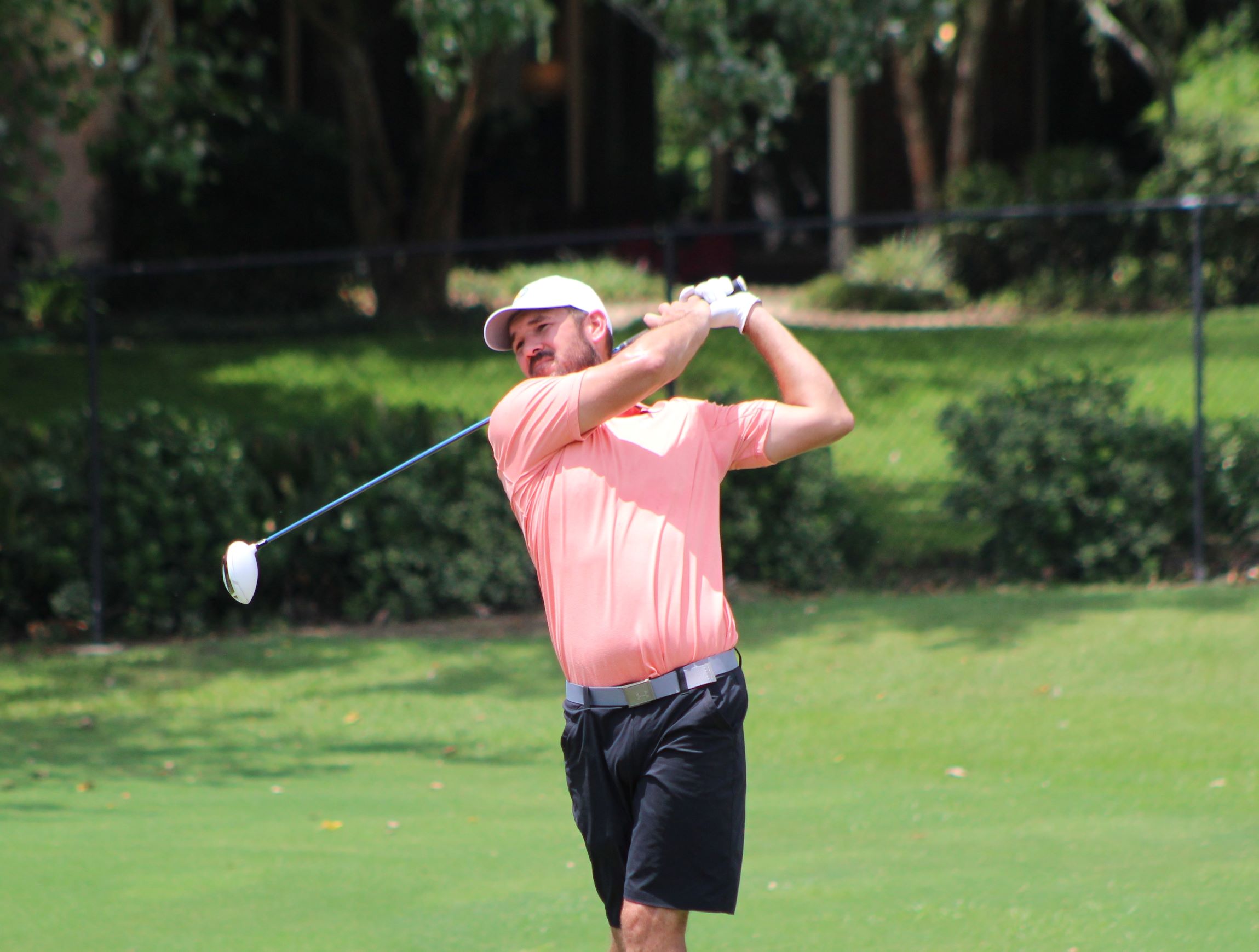 Saturday at the 100th Louisiana Amateur Championship was full of excitement as competitors positioned themselves on “Moving Day” and tried to climb into contention heading into Sunday’s final round. John Humphries of Woodworth held a three-shot lead over Nicholas Arcement of Thibodaux and a four-shot lead over Gage Primeaux of Lake Charles when the third round commenced. Humphries did not have his “A-game” on Saturday, but he grinded out a two-over par 74. Humphries is currently seven-under par for the Championship and leads Primeaux by two strokes and Arcement by four strokes with 18 holes left to play. Humphries, Primeaux, and Arcement will once again be paired together in final group of the day in what is sure to be an action packed final round on Sunday.

Only two other competitors are in red figures through 54 holes. Brandt Garon of Jackson and Carter Toms of Shreveport each carded an even-par 72 on Saturday and are one-under par for the Championship. The low round of the day went to Ryan Alford who fired a four-under par 68. Alford is currently tied for sixth at even par 216 with Dante Caldera of Greenwell Springs and Jonathan Bale of Baton Rouge.

Baton Rouge Country Club, which was founded in 1916, is hosting the Louisiana Amateur Championship for the sixth time in its history, having also been host venue for this Championship in 1923, 1942, 1949, 1953, 1968. The golf course drew rave reviews from this field of the top amateur players in Louisiana. The tree lined shot makers course played firm and fast on Saturday to a par of 72 at approximately 6,994 yards. Baton Rouge County Club is in perfect condition for this prestigious championship.