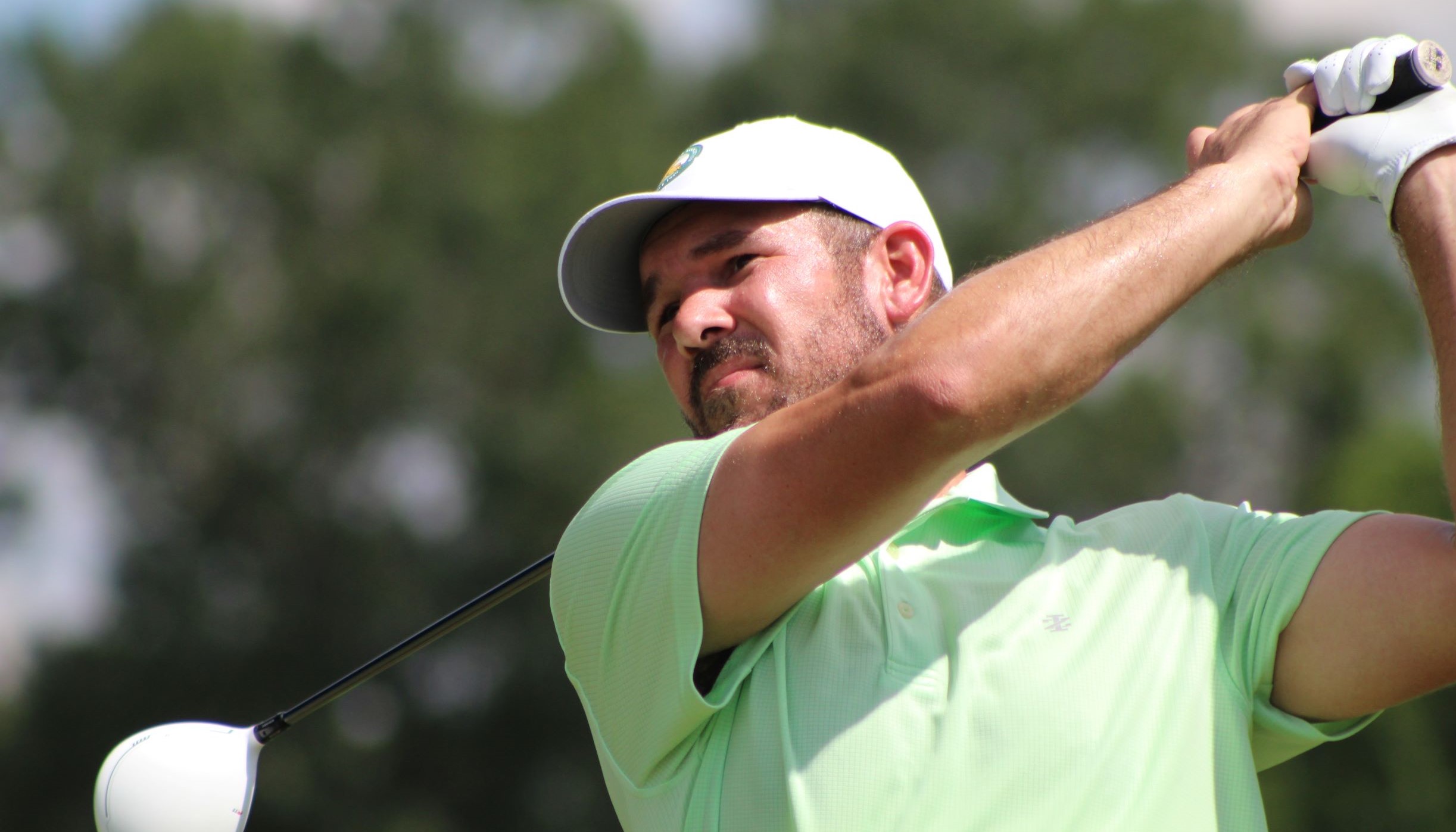 It was another perfect day for golf at Baton Rouge Country Club. Scoring conditions were ideal, and the course was in excellent condition for the top amateur players in the state. 2003 LGA Amateur Champion John Humphries of Woodworth fired a six-under par 66 on Friday to catapult himself into the lead. Humphries’ second round 66 was the lowest round of the championship thus far, and it included nine birdies and three bogeys. Humphries, a former All-American at LSU, holds a three-shot lead over first round leader Nicholas Arcement of Thibodeaux heading into the weekend. Arcement carded a one-under par 71 on Friday and is currently at six-under par 138 for the championship. There are only five other players in red figures after second round play: 3.) Gage Primeaux of Lake Charles (70-69/139), T4.) Peter Hinnant of Lafayette (73-69/142), T4.) Dante Caldera of Greenwell Springs (71-71/142), T6.) Brandt Garon of Jackson (75-68/143), and T6.) Carter Toms of Shreveport (67-76/143).

Play was suspended for two hours on Friday afternoon from 2:50 – 4:50 p.m. due to lightning in the area, but the golf course only received a light amount of rain. The final putt of the day dropped at 7:50 p.m.

Baton Rouge Country Club, which was founded in 1916, is hosting the Louisiana Amateur Championship for the sixth time in its history, having also been host venue for this Championship in 1923, 1942, 1949, 1953, 1968. The golf course drew rave reviews from this field of the top amateur players in Louisiana. The course played to a par of 72 at approximately 6,993 yards on Friday.

Saturday’s starting times will begin at 7:30 a.m., off the first tee only. The field was cut to the low 60 scorers and ties following 36 holes, with 61 players making the cut at ten-over par 154. The leaders in the final group of the day will tee off at 10:30 a.m.