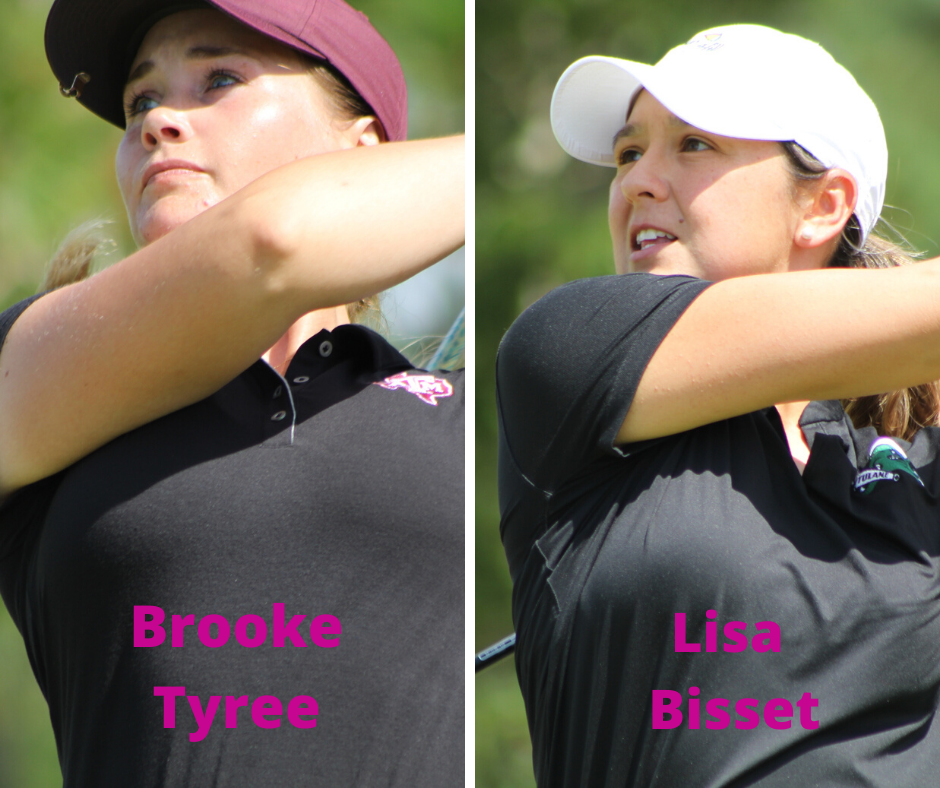 The stage has been set for the final match of the 92nd Louisiana Women’s Amateur Championship at Tchefuncta Country Club. Brooke Tyree of Sulphur defeated #1 seed and 2018 Champion Abbey Daniel of Covington 1 up in an incredible back-and-forth match. Lisa Bisset of New Orleans knocked off one of the hottest player’s in the field Kaitlyn Montoya of Shreveport 4 & 2. Bisset has never trailed in her three matches this week. The Championship Final Match is scheduled to start at 8:30 AM on Wednesday.  It’s been a wild week of upsets and now the #5 seed (Tyree) and #6 seed (Bisset) will square off for the title.

Both players made solid pars on holes 16 and 17, and the match came down to the picturesque risk/reward par 5 18th hole (477 yards). Both players found the fairway with their tee shots. Tyree was away, and she put the pressure on Daniel by knocking her second shot over the greenside bunker onto the fringe, ten yards away from the hole. Daniel also went for the green with her second shot but her ball found the water and she had to take penalty relief. Her fourth shot was long but closer to the hole than where Tyree’s ball lay on the fringe. Tyree chipped her third shot to four feet. Daniel missed her par putt and conceded the hole to Tyree who won one up. Tyree said, “I’ve been playing solid all week and the plan is to keep it going.” Tyree shot a two-over par 73, two strokes better than her qualifying stroke play round, and she has proven she is an excellent match play competitor.

Bisset won the first hole of the match and Montoya won the second hole. After tying the third hole Bisset regained the lead with a par at the par 4 4th hole (373 yards). Bisset went two up with a birdie at the par 4 6th hole (367 yards). Bisset made the turn two up and put the pedal down to start the back nine, winning holes 10 and 11 to go four up. Montoya won the 15th hole and Bisset won the 16th hole to secure the win 4 & 2. Bisset is a reinstated amateur golfer, and a new mother. She also coaches the Tulane University Women’s Golf Team, and it has been a fun week for her getting back to competition. Bisset said, “I haven’t had a 36-hole day in a long time but I felt pretty good coming into today’s match… I’m trying to hit as many greens as possible and minimize the mistakes.”

LSU teammates Alden Wallace of Shreveport (2019 Champion) and Mary Chauvin of Baton Rouge (2016 Champion) will face off in the Consolation Bracket Semifinals at 8:00 AM on Wednesday.

The Tchefuncta Country Club course was in excellent condition following over an inch of rain on Monday and it drew rave reviews from competitors. The course played to a par 71 at approximately 6,200 yards for the Championship and 5,300 yards for Flighted Championships.