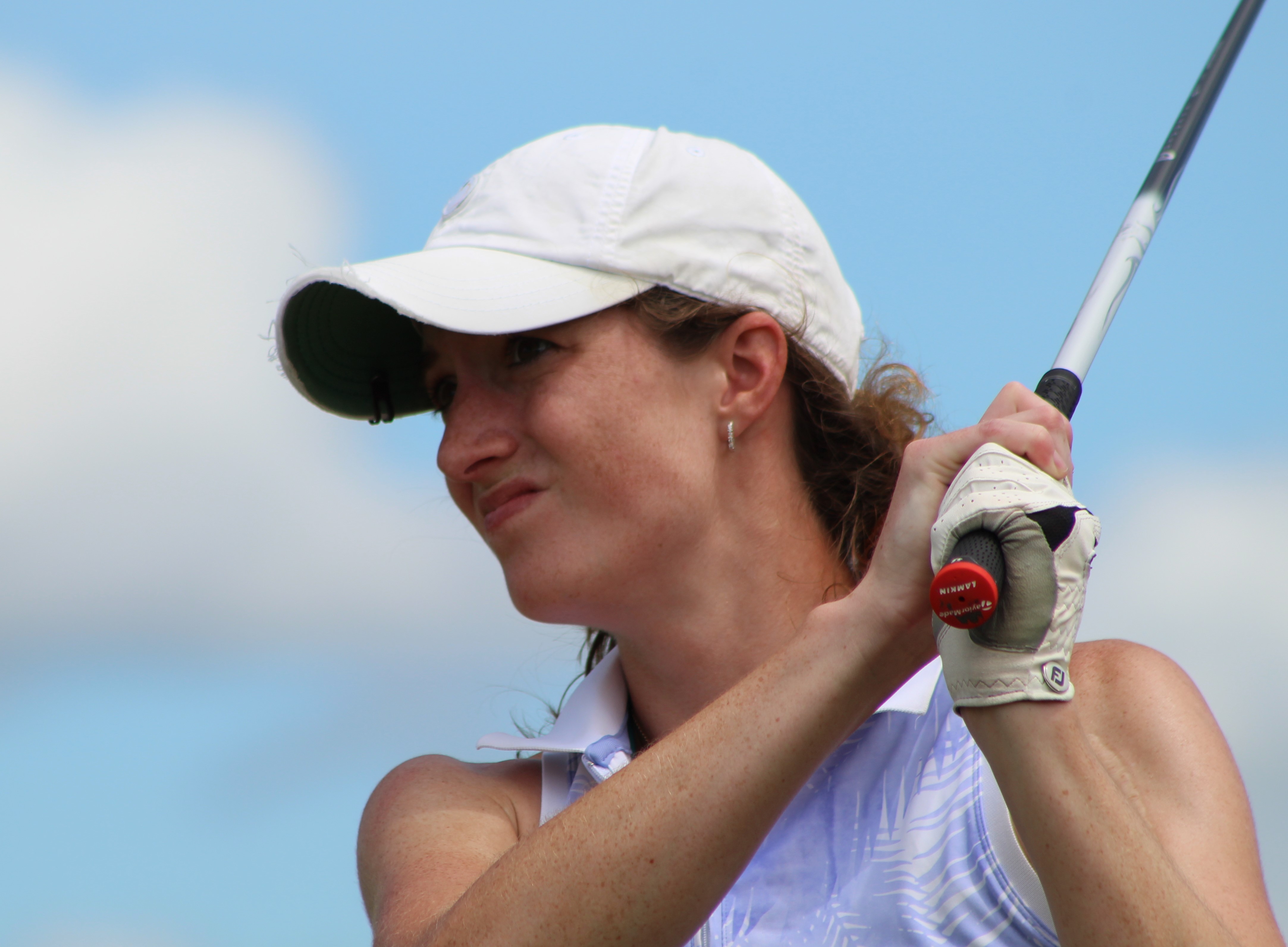 Troy Bernard of Metairie leads atop a crowded leaderboard at the 20th LGA Net Amateur Championship after firing a five-under par 67 at English Turn Golf & Country Club. UJ Mollere of Metairie, Scott Foreman of Mandeville and David Barham of Opelousas sit just one shot back at four-under par 68. A total of eight scores under par were carded in the first round. The leaderboard is jammed packed 15 players within five shots of the lead. The final round is sure to be one full of excitement and intrigue. Troy Bernard is a member at English Turn Golf & Country Club.

Catherine Hodson of New Orleans leads the LGA Women’s Net Amateur. Hodson, a member at The University Club, fired a seven-over par 79 in tough conditions. Hodson would struggle on the two lengthy par 5’s, holes #2 & #6 on the front nine, but would card two great birdies on holes #4 & #8 en route to a six-over 42 front nine. The back nine started off hot with a birdie on hole #10. Two solid pars on the 13th and the difficult 365-yard 14th hole just before a suspension of play, had things looking great. Following the resumption of play Hodson would grind out a tough stretch and finish with a 45 on the back, carding a 15-over par 87 gross total. After applying her Course Handicap Hodson recorded a net seven-over par 79 and holds onto a five-shot lead over Metairie’s Jane Rosen.

Bernard would start his round two-over through the first five holes, but rallied with a birdie on the par 5 6th hole. Three closing bogeys would bring his front nine total to a four-over 40. A birdie on the 10th hole followed a couple pars would be just the strong start the back nine needed. Back-to-back bogeys on 13 and 14 followed by a string of pars down the stretch closing with a bogey on the difficult 18th hole would lead to a back nine 38, for a six-over par 78 gross total. After applying his Course Handicap Bernard’s five-under par 67 was good for a one-shot lead heading into Sunday’s Final Round.

In the net competition format, players subtract their course handicap, attained from the course and slope rating of the golf course, from their gross stroke play score. English Turn Golf & Country Club is hosting the Net Amateur as well as the concurrent Net Club Team Championship. Competitors dealt with soft conditions and a brief suspension of play in the afternoon, but the greens rolled true throughout the day on a course that played to a par of 72 at approximately 6,440 yards for the Men and 5,376 yards for the Women. The golf course provided a stern but fair test for LGA Net Amateur Competitors on Saturday.

The LGA conducts this event to provide a true championship event for the higher handicap player with procedures in place to assure that consistency and integrity are benchmarks for the event. The LGA is utilizing the USGA Tournament Score Probability Table to adjust any handicap indexes where a player’s score exceeds normal probability (greater than 80 to 1 odds).

Click here to view Pairings & Starting Times for the Final Round.

Click here to view Results from the First Round.