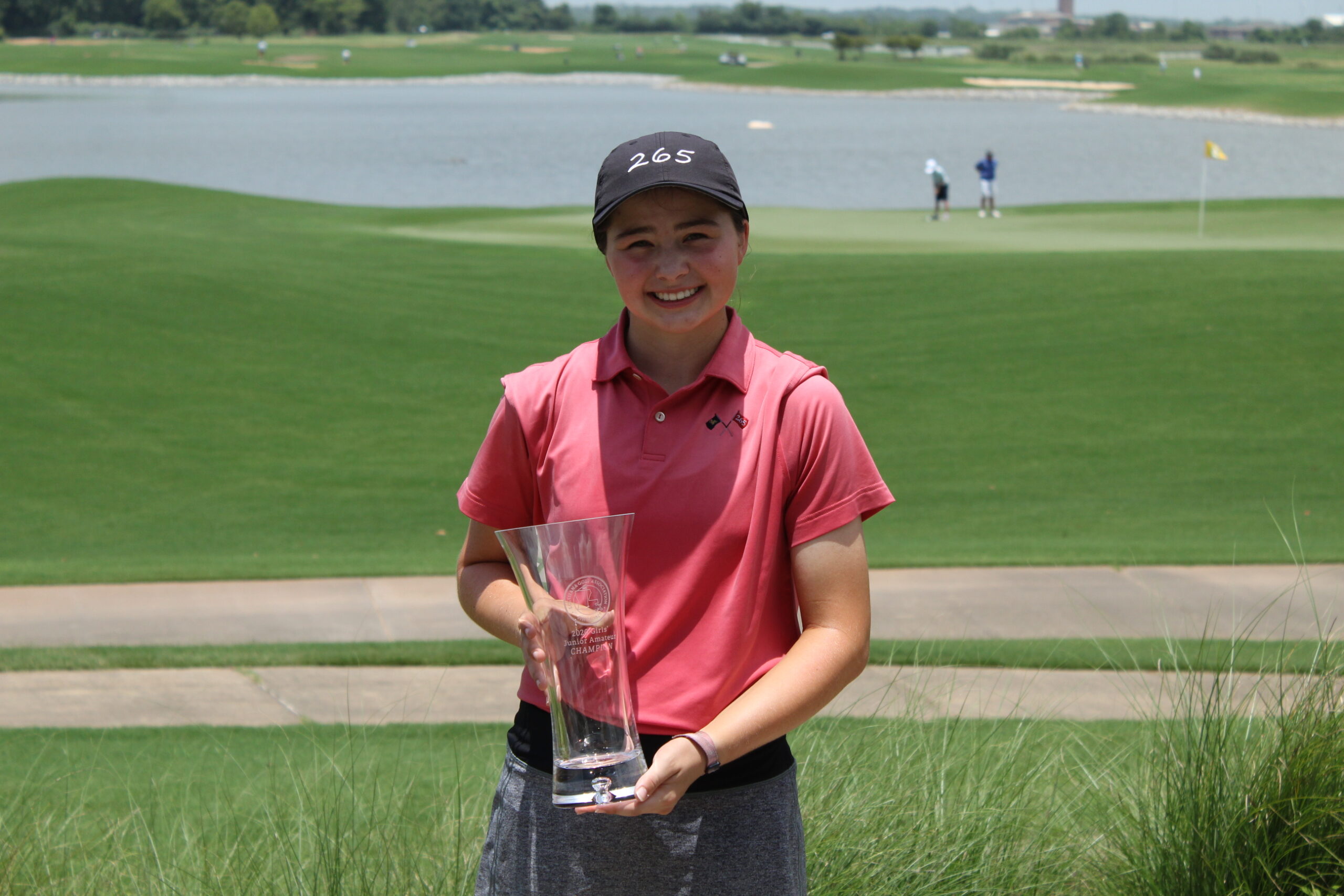 Sydney Moss of Shreveport captured her first Louisiana Girls’ Junior Amateur Championship on Thursday, after closing with a five-over par 77 for a 36-hole total of 148. Conditions were tough at Links on the Bayou in Alexandria, with temperatures reaching the mid 90’s. “I left it all out there today, so I’m pretty proud of myself”, said Moss on her Final Round performance.  Sydney became the second member of the Moss family to win a State Junior Amateur Championship; her father, Perry Moss, won the 1985 Louisiana Junior Amateur Championship. They are the only Father-Daughter duo in the State’s history to accomplish this feat.

Moss earned an invitation to participate on team Louisiana for this year’s Junior River Cup at Old Waverly Golf Club in West Point, Mississippi; as well as a $200 gift certificate at Links on the Bayou and possession of the perpetual Girls’ Junior Amateur trophy for one year. Moss also earned 8 performance Stars with the American Junior Golf Association for her victory, and the Top 3 finishers secured 4 Stars.

Blair McKenzie of Madisonville finished as this year’s runner-up with a 36-hole total of 151. Finishing in 3rd place was Sarah Meral of Abita Springs with a score of 153. Sarah Hodson of Raceland and Isabella Callaba of Lake Charles finished tied for fourth place with a total of 156.

It was a hot and windy summer day at Links on the Bayou. The golf course received excellent reviews from the competitors. The course played to a par 72 at approximately 5,800 yards for the Championship.