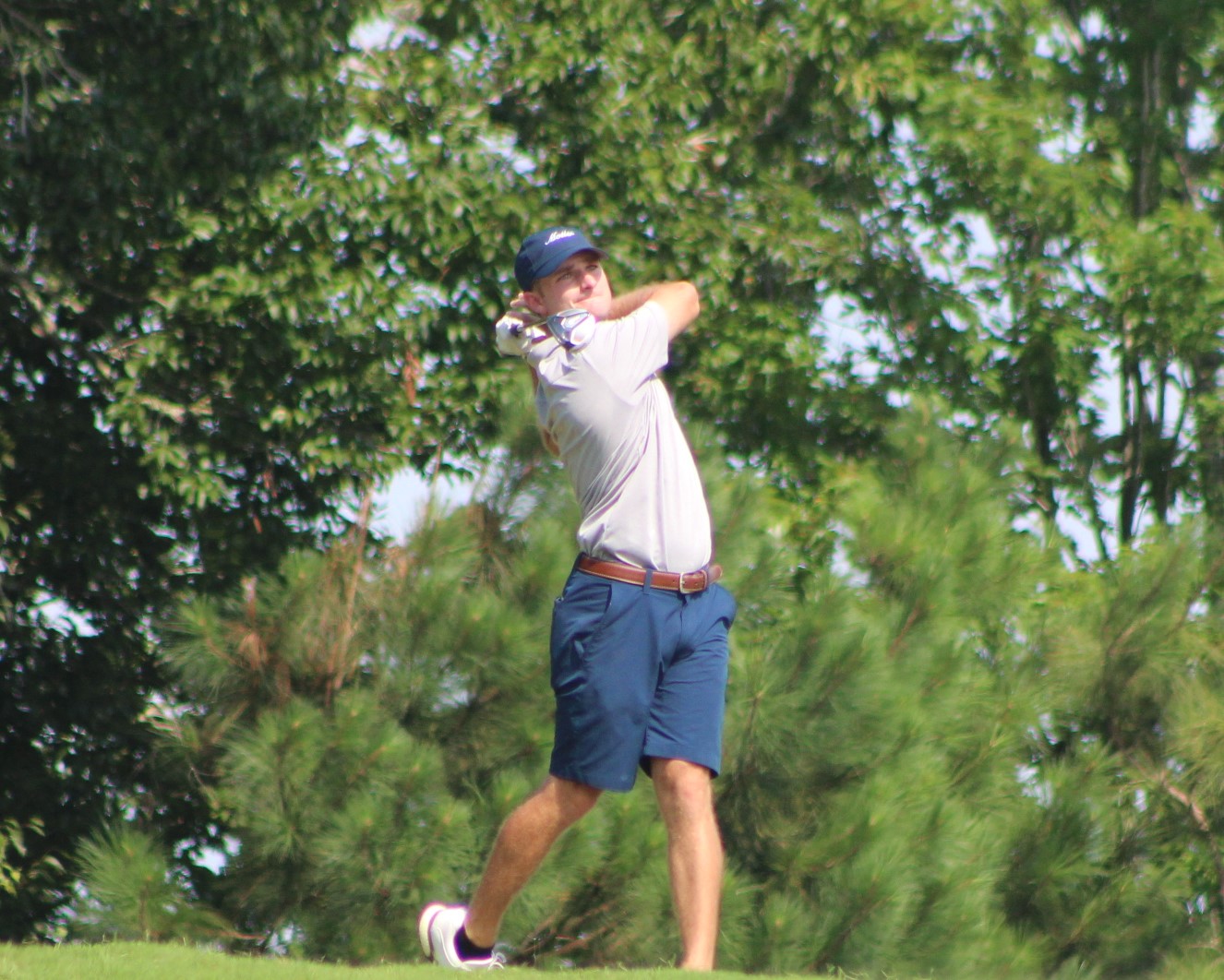 It was a memorable start to the 102nd Louisiana Amateur Championship at Squire Creek Country Club.  The first shot was struck at 7:30 a.m. and the last putt dropped at 7:50 p.m. Matt Weber of Scott fired the low round of the day, a four-under par 68. Weber, a rising sophomore at the University of Louisiana Lafayette, made and eagle at the par 5 2nd hole (522 yards), and his stellar round also included three birdies on holes #5 (par 3/164 yards), #10 (par 4/434 yards), and #11 (par 5/577 yards). Weber’s lone bogey came at the par 4 7th hole (458 yards), which was ranked as the most difficult hole on Thursday. Preston Smith of Shreveport, Eli Ortego of Broussard, and Lake Juban of Ruston trail Weber by one stroke. Three-time Louisiana Amateur Champion John Humphries of Woodworth is currently in 5th place after carding a two-under par 70. There were a total of nine scores under par on Thursday. Others in red figures are: 2017 Louisiana Amateur Champion and Squire Creek member Derek Busby of Ruston (71), Luke Haskew of Baton Rouge (71), Gage Burnham of Haynesville (71), and Nicholas Arcement of Thibodaux (71).

Weber started his round on the first tee at 12:54 p.m. Of the nine scores under par, seven were posted from the morning wave of tee times and two were posted from the afternoon wave, making Weber’s 68 on Thursday all the more impressive. The weather was a factor in the afternoon. Following some light rain and “summer showers,” a five-mile-wide storm developed directly on top of Choudrant forcing a suspension of play at 5:04 PM. Play resumed at 6:09 p.m. and Weber was on #16 green. He made pars on all three finishing holes.

The Tom Fazio designed Squire Creek Country Club course played to a par 72 at approximately 7,006 yards on Thursday. The challenging layout and course set-up provided a stern but fair test. Squire Creek is in immaculate condition for this championship thanks to Superintendent Andy Boughner and his crew. They worked tirelessly all week to get the course ready and in championship condition following the recent rains, and the course drew rave reviews from this field of the top amateur golfers in the state. Squire Creek Country Club, the #1 rated course in Louisiana by Golf Digest, is hosting the Louisiana Amateur Championship for the first time in its history.