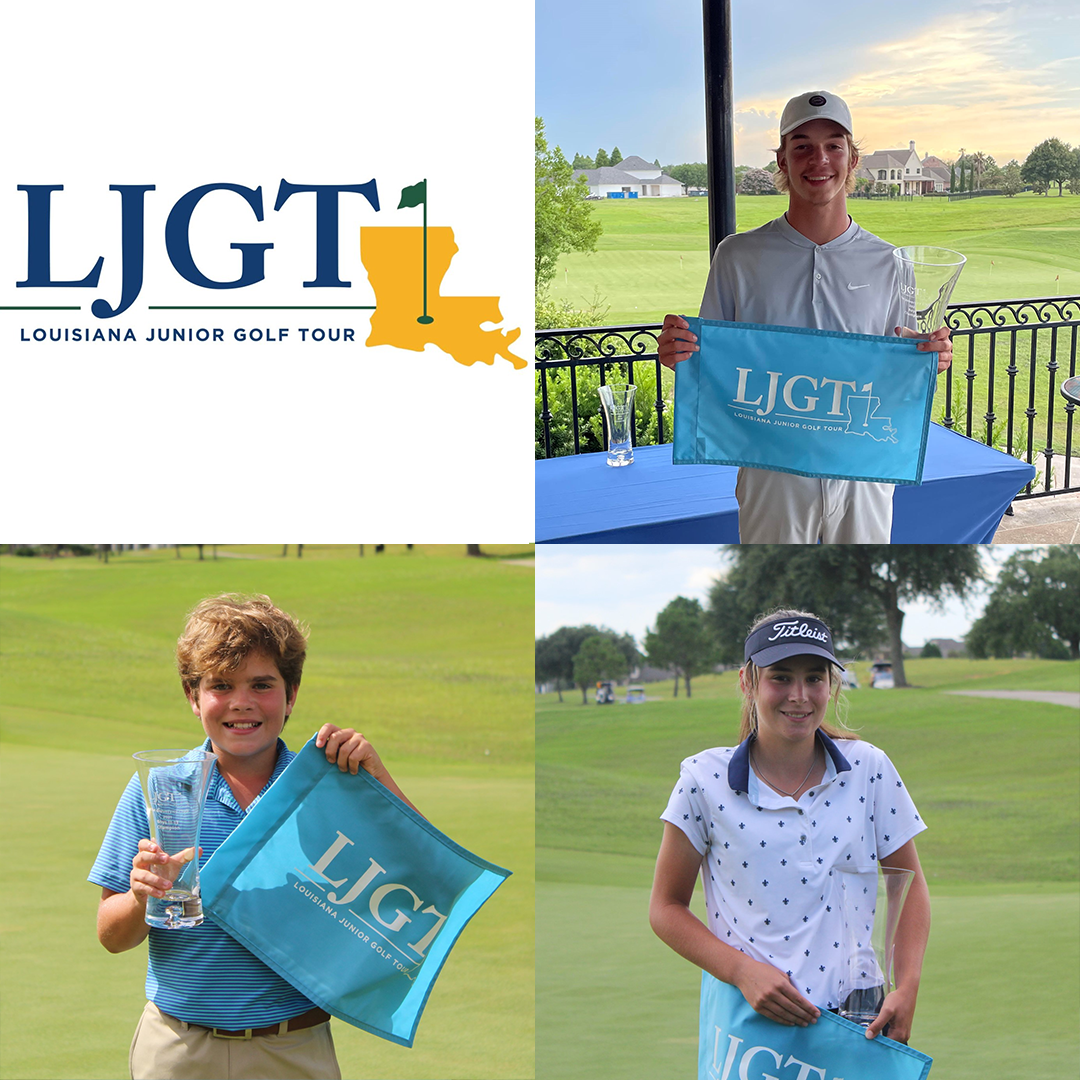 Landen East of Sulphur captured his first victory on the Louisiana Junior Golf Tour by shooting a low final round of two-over par 74 to finish at five-over par 149 to win the Overall Boys division at the University Club. East had two birdies on his final five holes to take the lead and hold off multiple contenders down the stretch. Eli Hill of Bossier City and Ben Blanco of Broussard take home second and third place respectively shooting six-over par 150 for the tournament with Eli Hill taking second over Ben Blanco in the scorecard playoff. With his third place finish, Ben Blanco also takes home the 15 and under medalist for the tournament.

Sarah Meral of Abita Springs won the Overall Girls’ division by five strokes over Montana Dileo of Orange, Texas. With her final round score of one-under par 71, Sarah Meral was the only player in the tournament field to shoot under par in any round of the tournament. Drew Prieto of Baton Rouge won the Boys’ 11-13 Division with a ten-over par tournament score of 154. Prieto’s low first round of three-over par 75 in the first round was just enough to help hold off Slayte Guidry of Frierson who came in second finishing one stroke off the lead with an eleven-over par score of 155.

The first round of the tournament was cut short due to extreme rainfall in the early afternoon on Tuesday with play resuming Wednesday morning to finish out the round. Wednesday was a full day of golf with the end of the first round and the entire second round taking place soon after. Other than two stoppages for lightening in the area, the second round went off without a hitch with the final group finish at 6:02 P.M.

We would like to thank the Director of Golf Andres Prieto and all of the staff and crew at the University Club for their assistance during this tournament. A special thank you goes to the crew for diligently getting the new hole locations cut and ready between the conclusion of Round 1 and start of Round 2 on Wednesday morning.