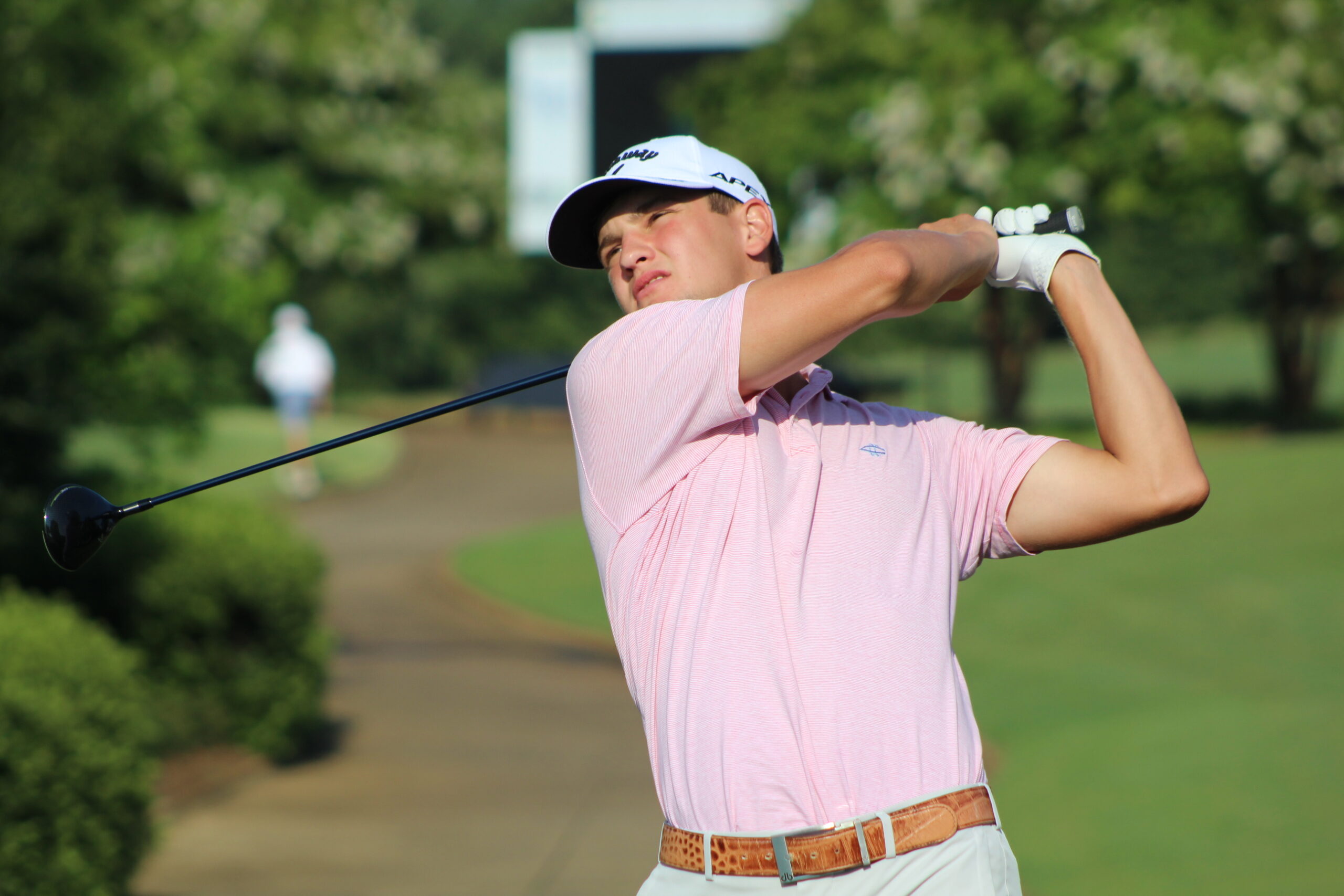 Lake Juban of Ruston fired a one-under par 71 on Friday to take the lead at the 102nd Louisiana Amateur Championship at Squire Creek Country Club. Coupled with his opening round 69, Juban currently stands at four-under par 140. Juban, a rising junior at Louisiana Tech, had an eventful round and a colorful scorecard that included one eagle, three birdies, and four bogeys. The eagle came at the uphill par 4 13th hole (355 yards) where Juban holed out from 95 yards with a 60-degree wedge. Three players are currently tied for second place and one shot back of Juban at three-under par 141: three-time Louisiana Amateur Champion (2003, 2019, and 2020) John Humphries of Woodworth, 2020 runner-up Eli Ortego of Broussard, and Luke Haskew of Baton Rouge. Humphries started his second round on the 10th hole and made the turn four-under par 32 following birdies on holes 12, 14, 17, and 18. It was a tale of two nines, however and he shot 39 on the closing nine holes to finish at one-under par on the day. Ortego’s second round 72 was steady with two birdies at the par 5 2nd and the par 5 11th and two bogeys on holes 13 and 18. Juban, Humphries, and Ortego will tee off in the final pairing on Saturday at 10:39 a.m.

At the halfway point of the championship, there are 12 players within five shots of the lead, including 2017 Louisiana Amateur Champion and Squire Creek Country Club member Derek Busby of Ruston (71-71/142). Tied for sixth place at even par for the championship are: Preston Smith of Shreveport, Ryan Fulton of Crowley, David Griffin of Saint Gabriel, and Matt Weber of Scott. It should be an exciting weekend of golf.

The Tom Fazio designed Squire Creek Country Club course played to a par 72 at approximately 7,012 yards on Thursday. The challenging layout and course set-up provided a stern but fair test. Squire Creek is in immaculate condition for this championship, and the golf course drew rave reviews from this field of the top amateur golfers in the state. Squire Creek Country Club, the #1 rated course in Louisiana by Golf Digest, is hosting the Louisiana Amateur Championship for the first time in its history.