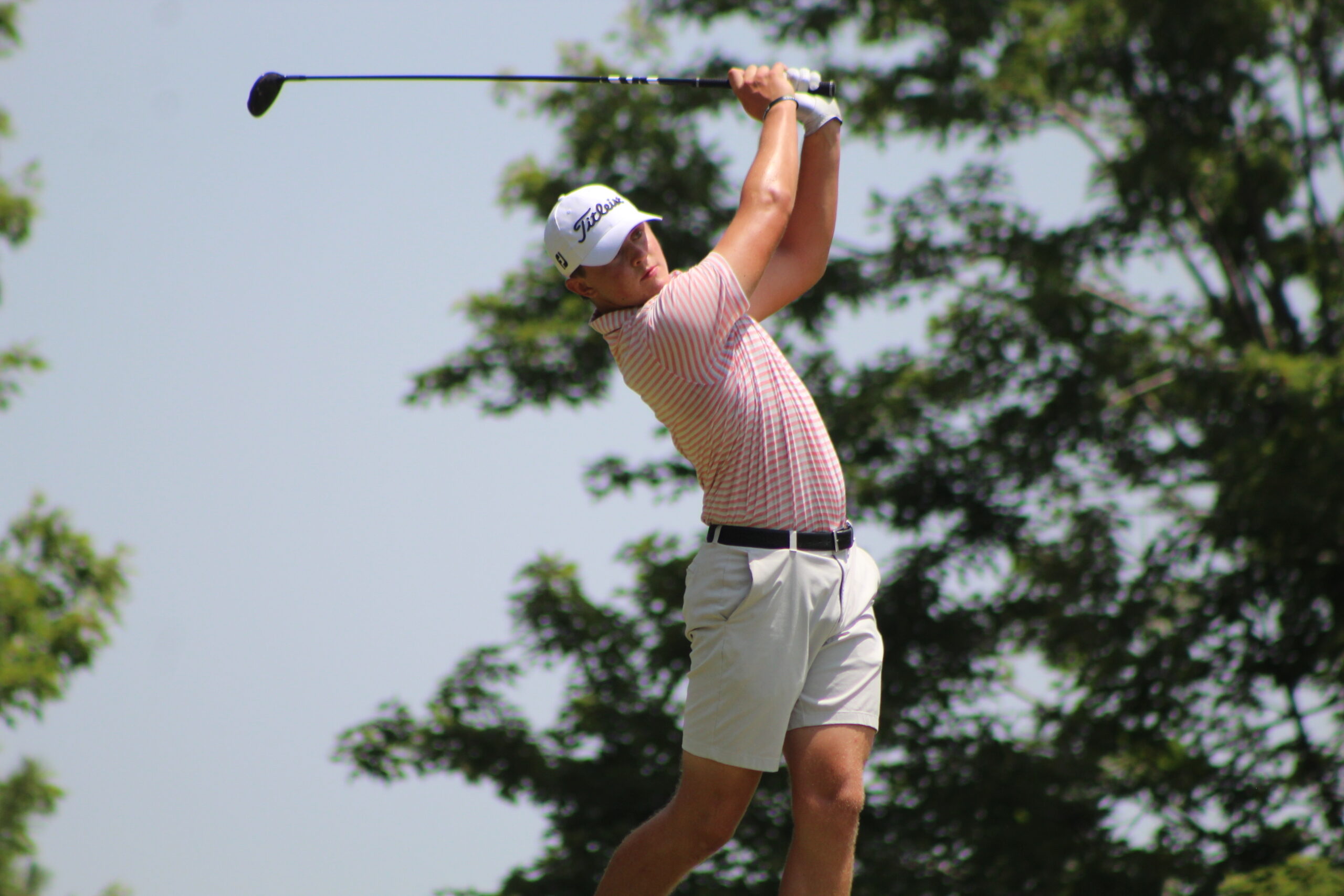 Saturday at the 102nd Louisiana Amateur Championship was an exciting challenge and test for the best amateur golfers in the state. Luke Haskew of Baton Rouge leads by one stroke over Lake Juban of Ruston after 54 holes at Squire Creek Country in Choudrant, LA. Haskew has been consistent throughout the Championship shooting rounds of 71, 70, 71 to sit at four-under par 212. Haskew, a rising senior at University Lab School in Baton Rouge, is looking to become one of the youngest winners in the Championship’s history. Eli Ortego of Broussard is two strokes back of Haskew at two-under par 214. Ortego finished runner-up at the 101st Louisiana Amateur Championship at Bayou Oaks at City Park. The Champion has come out of the final group in 15 of the 17 years.

Preston Smith of Shreveport is the only other player in the field under par after three rounds of play at one-under par 215. Grayson Gilbert of Monroe and Nicholas Arcement of Thibodaux are both tied for 5th at even par. Two-time defending Champion John Humphries is tied for 7th at one-over par 217.

The Tom Fazio designed Squire Creek Country Club course played to a par 72 at approximately 6,900 yards on Saturday. The challenging layout and course set-up provided a stern but fair test. Squire Creek is in immaculate condition for this championship, and the golf course drew rave reviews from this field of the top amateur golfers in the state. Squire Creek Country Club, the #1 rated course in Louisiana by Golf Digest, is hosting the Louisiana Amateur Championship for the first time in its history.