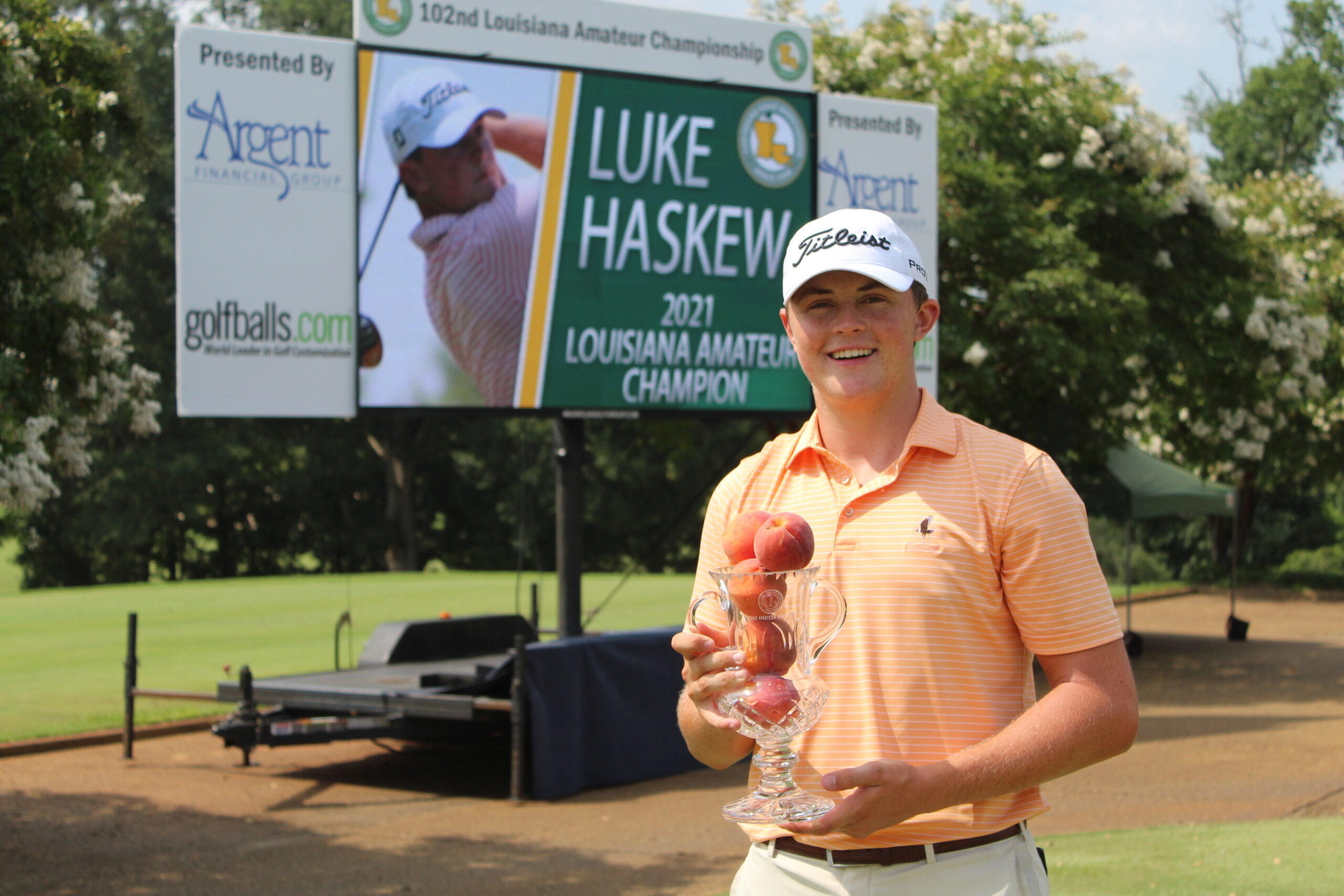 Luke Haskew of Baton Rouge fired a final round 67 to win the 102nd Louisiana Amateur Championship at Squire Creek Country Club by three shots over runner-up Greg Berthelot of Baton Rouge. Haskew was the only player to shoot under par all four days and carded rounds of 71-70-71-67 to finish at nine-under par 279 and win the most prestigious amateur championship in Louisiana. Haskew, just two weeks shy of his 18th birthday, showcased a tremendous amount of mental fortitude and maturity beyond his years. His final round 67 included one eagle at the par 5 9th hole, five birdies (#2, #4, #13, #16, and #18), ten pars, and two bogeys. “It means a lot, playing against the best amateurs in the state, especially on this golf course… What a great track it is and winning it feels good because I know the caliber of field I was competing against,” said Haskew.

Along with the title of best amateur golfer in Louisiana, Haskew earned a $400 gift certificate, redeemable at Squire Creek Country Club, and 155 points in the Louisiana Player of the Year race.  Berthelot, the 2011 Louisiana Amateur Champion, put some pressure on Haskew after he shot the lowest round of the championship on Sunday, a blistering nine-under par 63. Berthelot’s 63 is tied as the lowest final round in the modern history of the Louisiana Amateur Championship (also Grady Brame, Jr. in 2014 at Le Triomphe G & CC) and one stroke shy of the Squire Creek competition course record.

The Tom Fazio designed Squire Creek Country Club course played to a par 72 at approximately 6,950 yards on Sunday. The challenging layout and course set-up provided a stern but fair test. Squire Creek was in immaculate condition for this championship, and the golf course drew rave reviews from this field of the top amateur golfers in the state. This marked the first time that Squire Creek Country Club, the #1 rated course in Louisiana by Golf Digest, hosted the Louisiana Amateur Championship.

The 103rd Louisiana Amateur Championship will be conducted at TPC Louisiana, June 9-12, 2022.