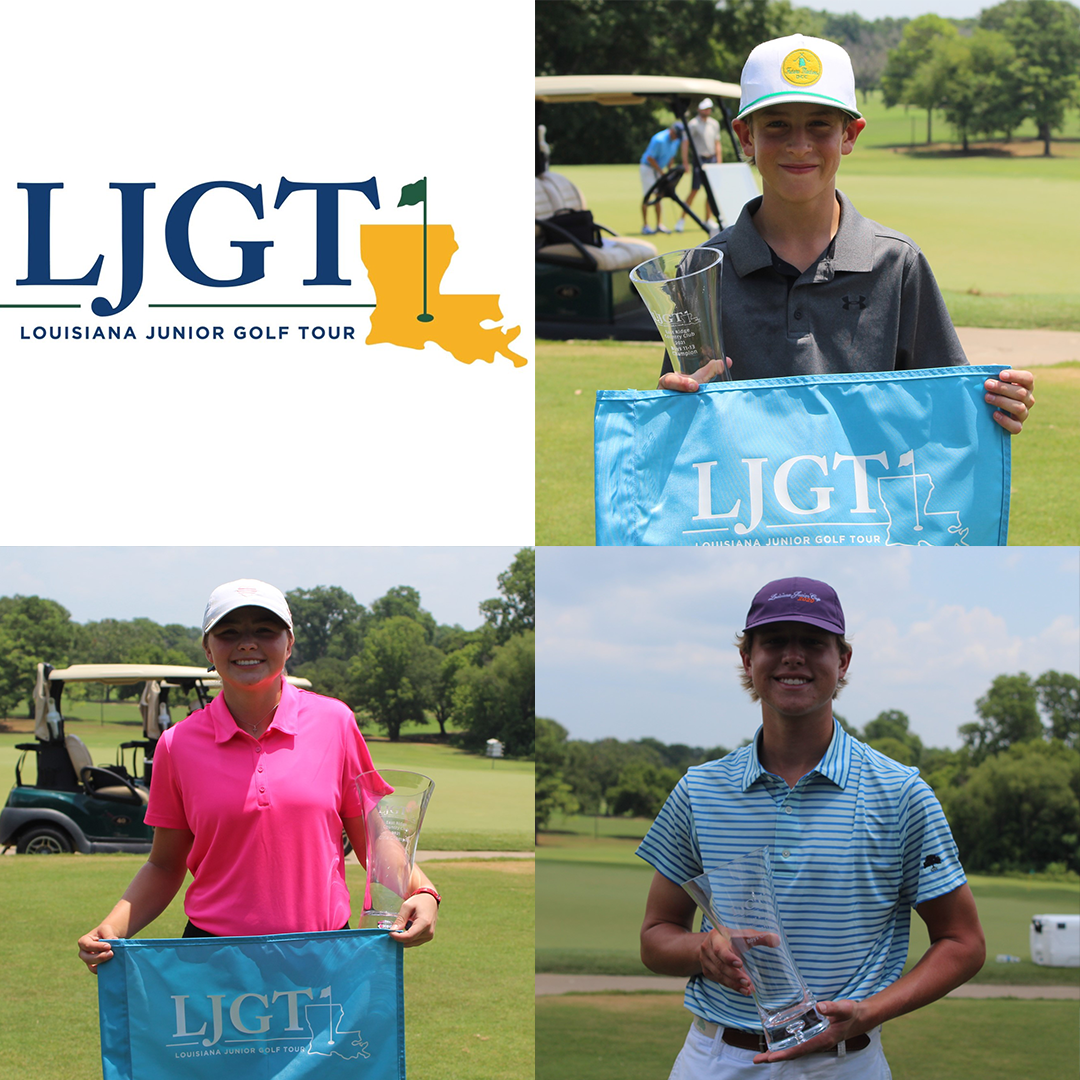 Ethan Dial of Shreveport secures his second victory of the Louisiana Junior Golf Tour season by shooting a final round one-over-par, 72, to finish the tournament at one-over-par, 143, to win the Overall Boys division at East Ridge Country Club. Dial had a birdie on the par-5 14th hole to take the lead and another on the par-3 17th hole to put the tournament out of reach. These two birdies were enough to lead Dial to a two-stroke victory over the field. Noah McWilliams of Benton and Logan Batiste of Slidell take home second and third place, respectively, shooting three-over par 145 for the tournament with McWilliams taking second over Batiste in the scorecard playoff. Shreveport resident Grant Reagan takes home the 15-and-under medalist honors, shooting six-over for the tournament with a two round total of 148.

Sydney Moss of Shreveport takes home the championship in the Overall Girls’ division by a wide margin over second place finisher Sarah Knight of Sterlington and third place finisher Isabella Callaba of Lake Charles. Moss shot the low round for the entire Overall Girls division, five-over 76, in her final round to put the championship out of reach. Noah Chauvin of Broussard won the Boys’ 11-13 Division while shooting the lowest round in the division, six-over-par, 77, during his first round. Chauvin road the wave of his impressive first round to win the championship by six strokes with Hudson Partin of Denham Springs taking second place in a tightly contested race.

The first round of the tournament saw multiple delays due to dangerous weather situations and rainfall in the afternoon. After the delays, the first round was completed with the sunlight starting to fade at around 6:30 PM. The players grinded through a tough second round of a humid 94 degree day to finish out the tournament at East Ridge Country Club.