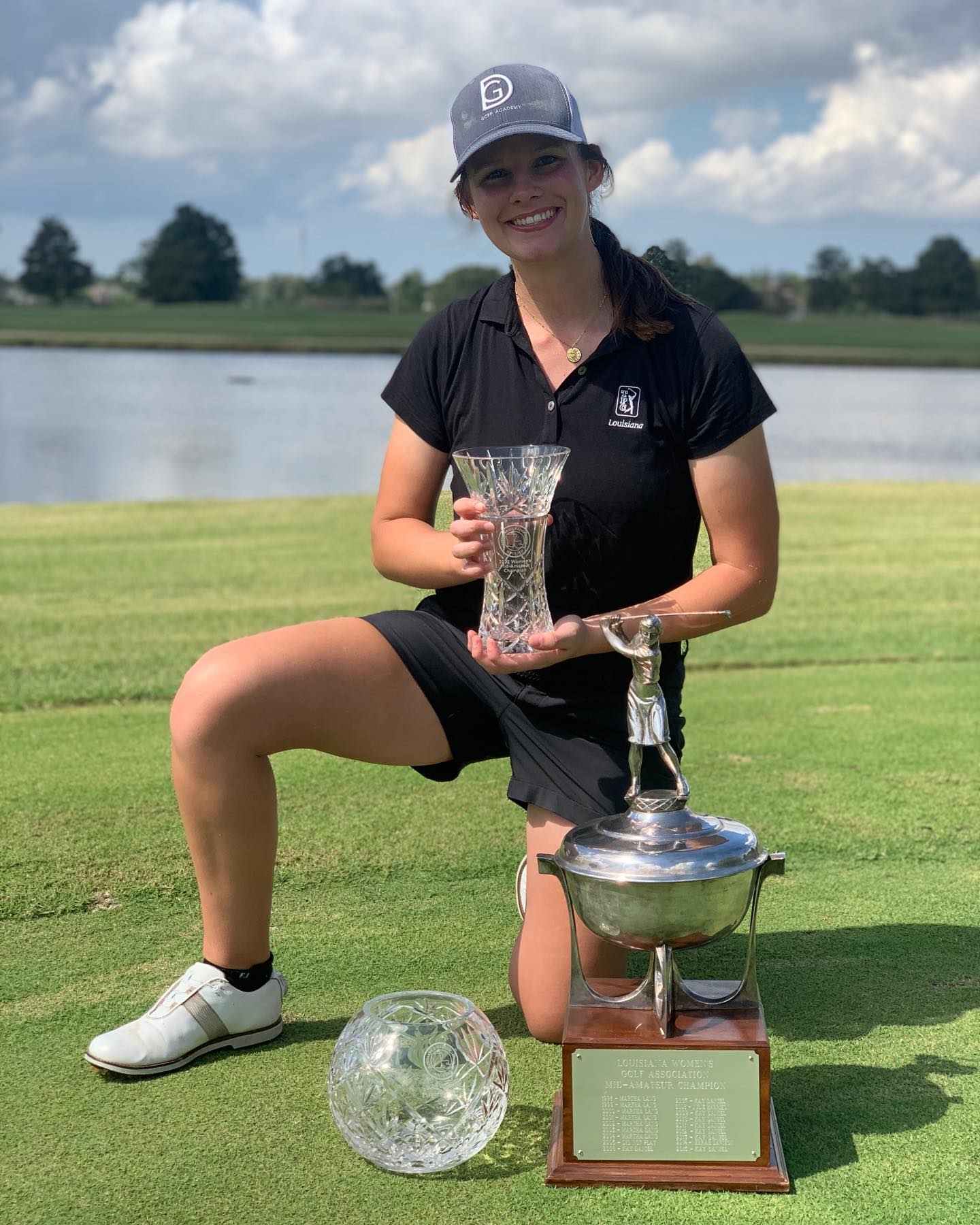 Madison Bates of Pineville had an impressive 2022 season to win her first Louisiana Women’s Player of the Year honor. Bates started off her season by making it all the way to the Championship match at the 94th Louisiana Women’s Amateur Championship at Le Triomphe Golf & Country Club. Bates earned the 4th seed after shooting 75 in stroke play qualifying. Bates would defeat Ali Lucas of Crowley 1 Up in her opening match. In the Quarterfinals, Bates would have her toughest match against Lauren Aillet of Lafayette. It would take 19 holes for Bates to defeat the 2020 Louisiana Women’s Player of the Year. Bates would then go on to defeat Reese Drezins of Slidell 5&4 to make it to the Championship Match against Sydney Moss of Shreveport. Moss would end up claiming the Championship with a 4&3 victory over Bates.

Bates would close her season at English Turn Golf & Country Club for the Louisiana Women’s Mid-Amateur Championship. Bates shot an opening round of one-over par 73, two shots behind leader Julie Harrison of Baton Rouge. These two would go back and fourth during Sunday’s Final Round but they finished the Championship in a tie for First Place at three-over par 147. A sudden death playoff would take place on the par 4 first hole. Harrison played first and her drive ended up in the left rough, while Bates hit a beautiful tee shot to the middle of the fairway just 115 yards out. Harrison would miss the green with her approach shot and Bates hit another beautiful shot to 8 feet for her birdie. Harrison failed to hole her chip shot for birdie leaving an opening for Bates to win the Championship. Bates made a confident stoke and sank the putt the win her first LGA Championship.

Congratulations to Madison on an outstanding season and we are excited to have her continue to compete in LGA Championships!