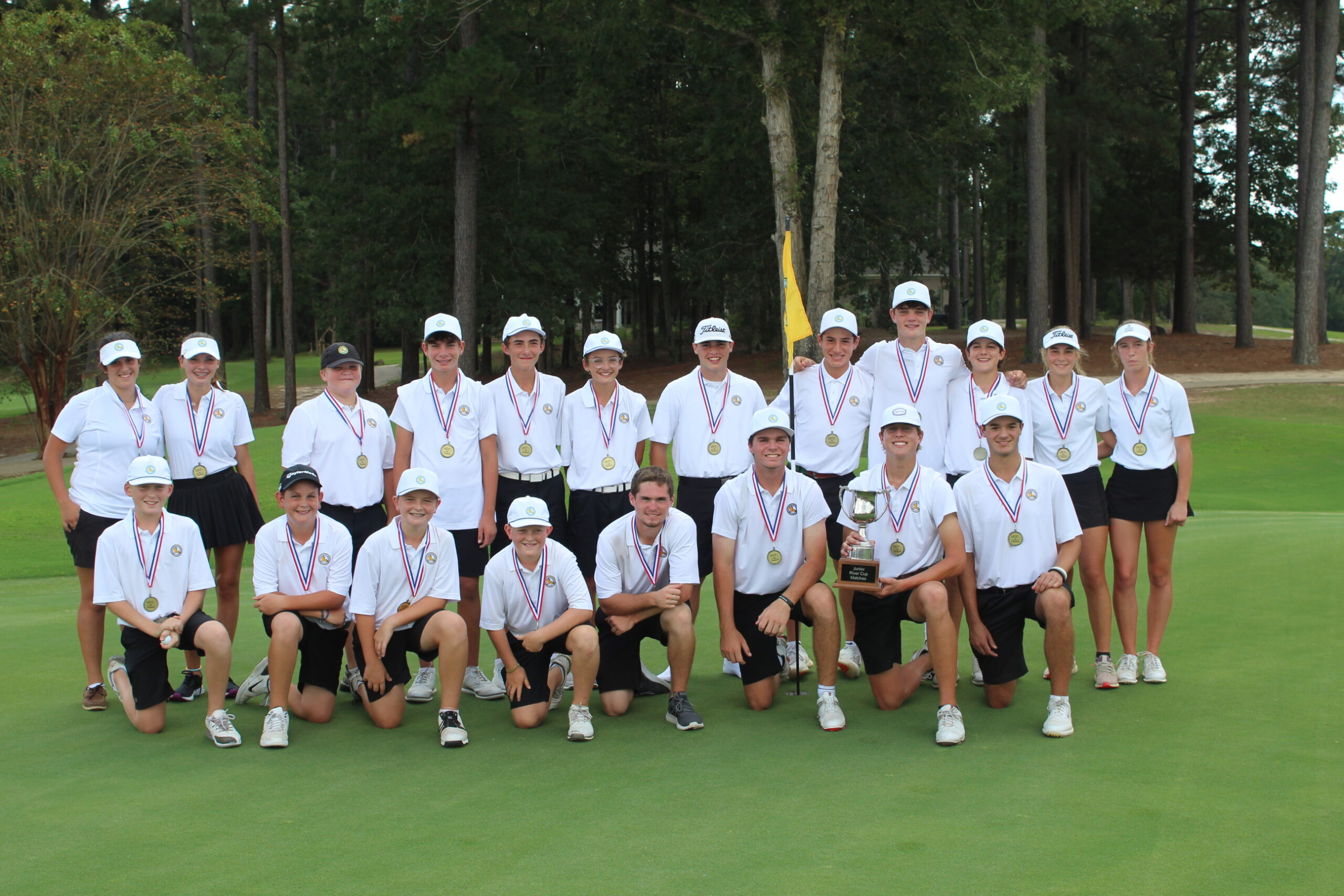 It was an incredible weekend of golf at Calvert Crossing Golf Club in Calhoun, site of the 11th annual Junior River Cup matches. Team Louisiana bested Team Mississippi 22-18 to win their sixth consecutive Junior River Cup. Both teams entered the final day with ten points apiece, having tied 5-5 in Four-Ball matches and 5-5 in Foursome matches on Saturday. Team Louisiana needed 10 points on Sunday to retain the Junior River Cup, and they finished in style, earning 12 points in the singles matches. This victory puts Louisiana ahead 6-5 in the all-time series.

Louisiana’s 10–11-year-old boys won 2 ½ points on Sunday. Parker Greene, Wayne Kabrich, and Hudson Greene all tied their matches, while Andrew Sawrie put the first “green point” on the board with a 1 up win.

Riley Hnatyshyn, a Louisiana Tech commit, won his match 4 & 3. Ethan Dial’s 4 & 2 win brought Louisiana to 20 points at the time, ensuring that the Pelican State would retain the Cup. Eli Hill’s 2 & 1 victory secured the win for Team Louisiana. This was Hill’s seventh Junior River Cup, the most appearances of all time. In the final match of the day, Noah McWilliams won 2 up.

Team Louisiana members are listed below:

LGA Director of Championship Operations, Jacob Oaks, was the captain for Team Louisiana.

The Junior River Cup, established in 2011, is an annual Ryder Cup style event conducted by the Louisiana Golf Association in odd years and the Mississippi Golf Association in even years.  Each team consists of 20 total players, with four players each in the following age groups: Girls 13-18, Boys 10-11, Boys 12-13, Boys 14-15, Boys 16-18. The two teams play Four-Ball (Better-Ball) and Foursome (Alternate Shot) match-play on Saturday and finish with Singles matches on Sunday. A sincere thanks goes to Calvert Crossing Golf Club for hosting this year and helping to make this event memorable for all the players and guests.