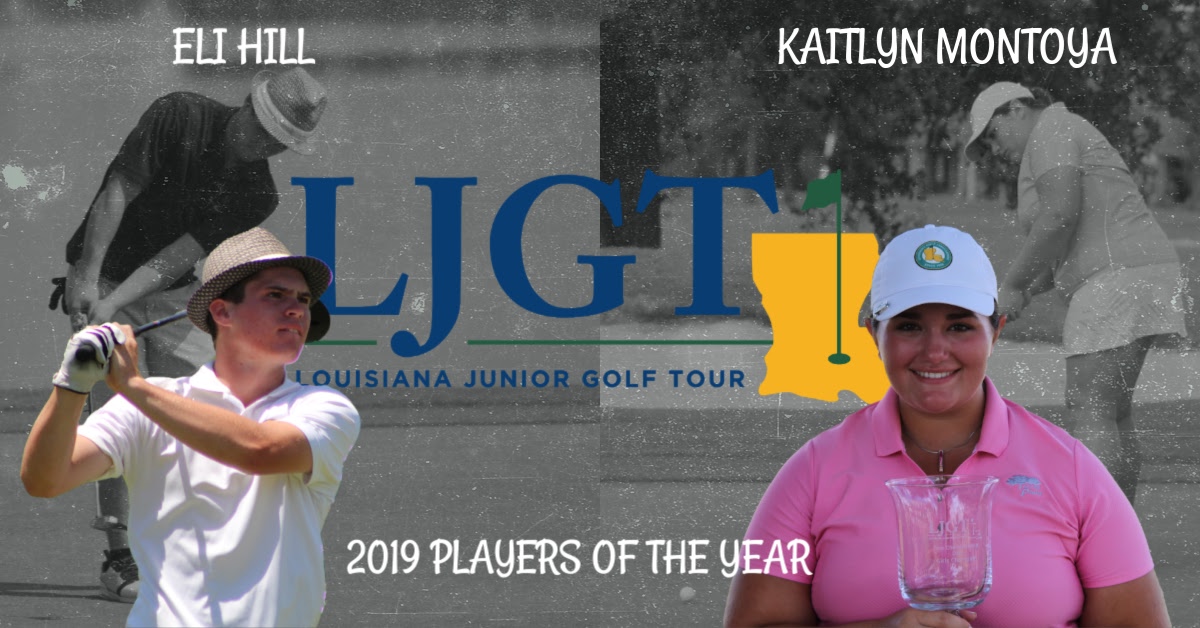 Montoya won in decided fashion, amassing an impressive 580 total points. Sarah Hodson of Raceland finished runner-up in the Girls’ Player of the Year standings with 500 points. Montoya had strong showings throughout her 2019 campaign. She competed in five points counting events and never finished outside the top-5. She had two runner-up finishes this season, one at the first event of the summer, LJGT at Oakbourne Country Club in Lafayette (90 points earned) and another at the LGA Girls’ Junior Amateur Championship at Bayou Oaks at City Park – South Course in New Orleans (120) where she also earned medalist honors as the low 18-hole scorer. She notched her first victory in the last event of the summer at the LJGT at OakWing Golf Club in Alexandria (100), which secured her spot on the 2019 Junior River Cup team representing Louisiana. Her crowning achievement would come at the year-end Tour Championship where she ran away with an incredible 15 shot victory, cementing her LJGT Girls’ Player of the Year title.

The Boys’ Player of the year was a tight race, which saw Eli Hill of Bossier City edge out Karan Patel of Alexandria by just 20 points. Hill’s POY campaign was full of impressive highlights.  He played in all but one of the points counting events this season and never finished outside the top-10. A top-5 finish at the Sam Burns Junior Four-Ball Championship at Squire Creek Country Club (42.5) in February got the season off to a strong start. Two more top-5 finishes in the month of June at LJGT at Oakbourne CC (T-3;75) and LJGT at Squire Creek CC (T-4;55) saw Hill rise to the top of the points list, and he never relinquished that lead. A huge win at the PGA Jr. Championship at Canebrake Country Club in Hattiesburg, MS (100) increased his lead on the field and punched his ticket to compete in the PGA Jr. National Championship at Keney Park Golf Course in Hartford, CT. After two top-10’s to wrap up the summer at the LGA Junior Amateur Championship (T-7;37.5) and the David Toms Jr. Championship (T-7;37.5), Hill held a commanding lead atop the POY standings. Hill would represent Team Louisiana at the Junior River Cup and set his sights on the Tour Championship and a LJGT Player of the Year title. Hill needed to finish no worse than a tie for seventh at the Tour Championship to assure his POY victory over Karan Patel of Alexandria who sat in second place in the standings. Patel was victorious at the Tour Championship after winning a playoff against Canon Clark of Lafayette, but Hill’s steady play throughout the weekend echoed his steadfastness all year long. He finished in solo sixth place and secured the LJGT Boy’s Player of the Year title. Hill is just 15 years old, so he has an opportunity to defend his title next season.

It was an outstanding 2019 season for both of our Junior Players of the Year and the future is bright for Kaitlyn and Eli.  Congratulations to these players!