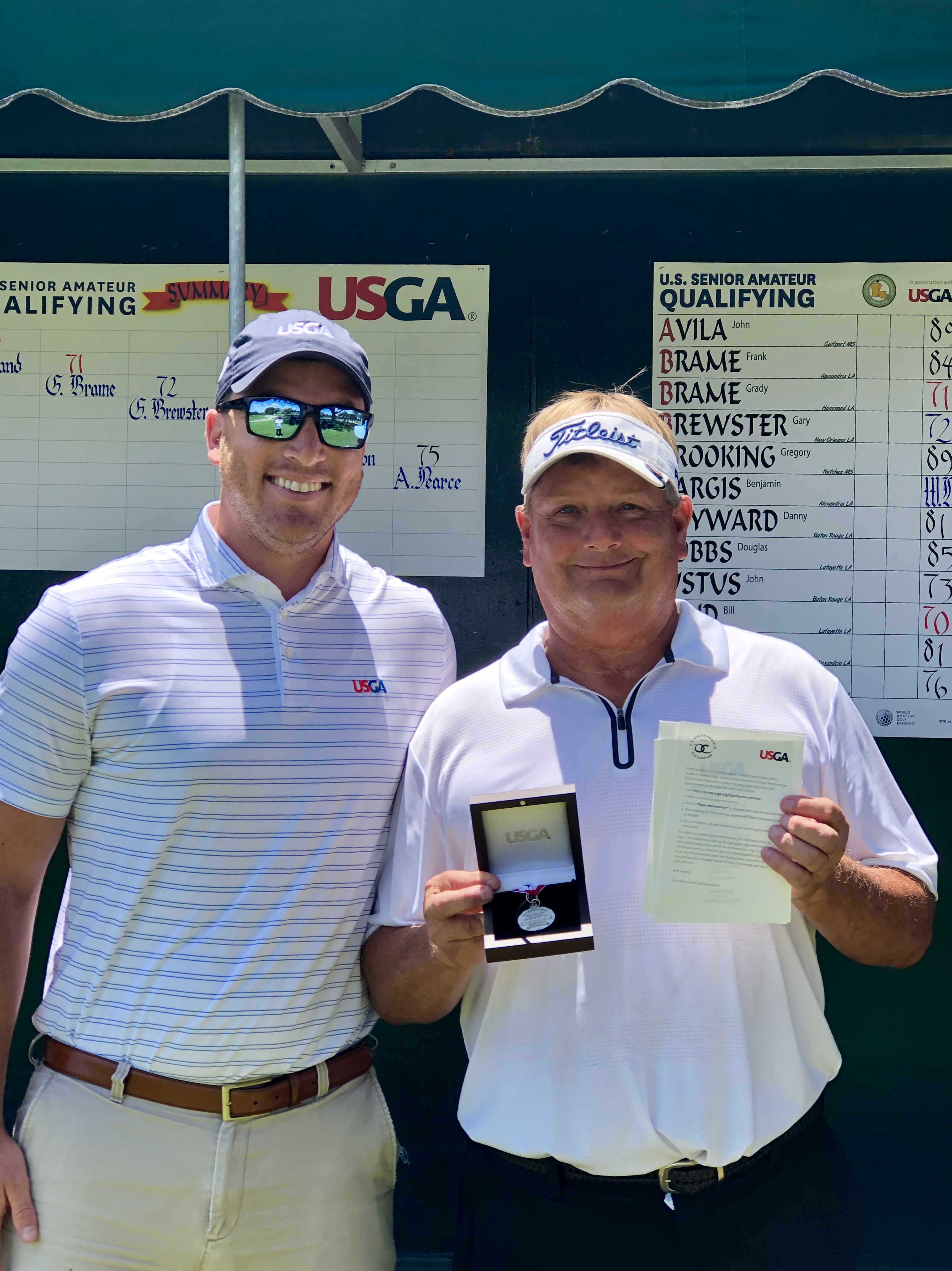 Bill Land of Lafayette fired a two-under par 70 on Thursday to capture medalist honors at the U.S. Senior Amateur Qualifier, conducted by the Louisiana Golf Association (LGA) in association with the USGA, at Oakbourne Country Club. Land shot 35 on both the front and back nine with birdies on holes #7 (par 5/523 yards), #14 (par 4/404 yards), and #18 (par4/430 yards). His lone bogey came at the par 4 12th hole (328 yards). Land punched his ticket in style by draining a twenty-foot downhill putt on the final hole. The marks the second time in his life that the 63-year-old Land has qualified for a USGA Championship, and he now advances to the Championship proper at Old Chatham Golf Club in Durham, North Carolina, to be held August 24-19, 2019. Grady Brame of Hammond, the only other competitor to finish under par on Thursday, is First Alternate. Gary Brewster of New Orleans carded an even par 72 and is Second Alternate.

The Dick Wilson-designed Oakbourne Country Club course, annually rated as one of the best courses in the state by Golf Digest, played to a par of 72 at 6,725 yards. The OCC course, which has also hosted numerous Louisiana Golf Association Championships, was in excellent condition even after receiving almost three inches of rain this week. Course conditions were still extremely soft however, making it play substantially longer than the scorecard yardage.

The USGA accepted 2,466 entries for the 2019 championship (second-most in championship history). 29 players were exempt into the Championship proper, leaving 127 qualifying spots available for non-exempt competitors. Old Chatham Golf Club, a Rees Jones design, opened for play in 2001 and the U.S. Senior Amateur will be the first USGA Championship that the course has hosted. The Championship course will be set up at just over 7,100 yards and will play to a par of 72. All 156 competitors will play 36 holes of stroke play on August 24-25, with the low 64 players advancing to match play August 26-30.