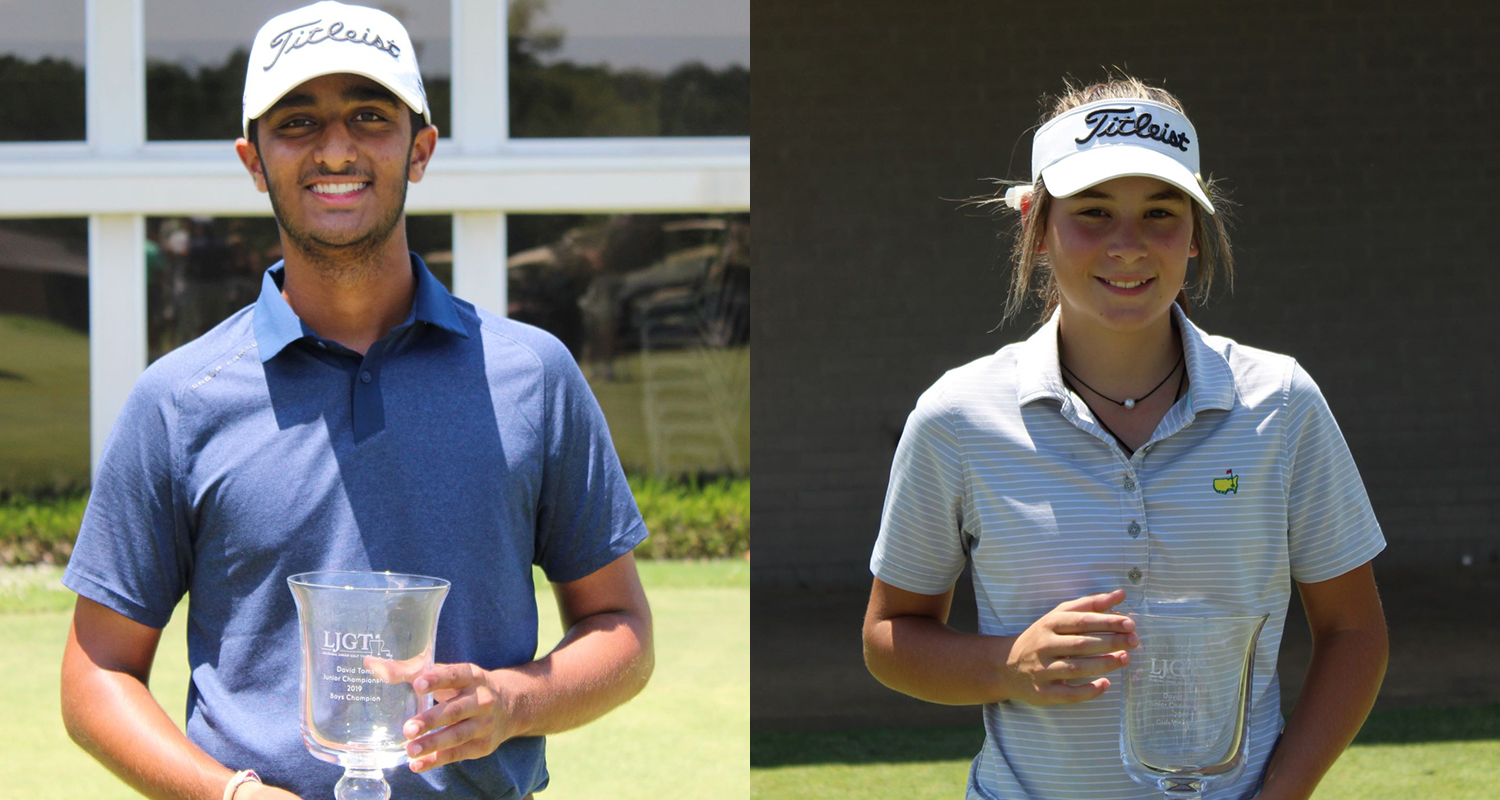 A blustery couple of days at East Ridge Country Club made for difficult scoring conditions for the David Toms Junior Championship. Karan Patel of Alexandria and Sarah Meral of Abita Springs emerged victorious in their respective divisions after battling the wind for two straight days. Patel fired the low round of the week, a one-under par 70 in the Final Round. That, in addition to his opening round 71, which consisted of 18 straight pars lead to a seven-shot victory in the Boys Overall Championship over runner-up Holden Webb of Shreveport. Patel was the only competitor to finish under par for the Tournament.  Rounding out the top five in the Boys Division are: 3) Reeves Pullin of Choudrant (75-74-149), T4) Callway Gosslee (73-77-150) and Gage Burnham of Haynesville (74-76-150).

Meral’s first round 6-over par 77 positioned her atop the leaderboard by a sizeable margin heading into the Final Round. Her Final Round 76 earned her an impressive victory over Isabella Callaba of Lake Charles. Sydney Moss of Shreveport finished in third place. Meral had four birdies on the week, and notched her second LJGT victory this season. With this victory she will cement her place in the year-end Tour Championship to be played at Gray Plantation in Lake Charles.

Campbell Gosslee won the Boys 11-13 Division after defeating Columbia’s Ashton Cruse in a playoff. Gosslee shot rounds of 75-78-153 en route to his victory.

East Ridge Country Club was in wonderful condition for this event. Newly appointed superintendent Nick Cauley and his staff did an excellent job getting the course in championship condition. The golf course drew rave reviews from the best junior competitors in the region. The weather was perfect, an atypical week especially for July in Louisiana, cool mornings with high’s in the mid-80’s. The golf course played to a par 71 at 6,626 yards for the Overall Boys Division and 5,540 yards for the Overall Girls Division and Boys 11-13.

The final LJGT event of the summer is scheduled for August 1-2 at OakWing Golf Club in Alexandria, LA.