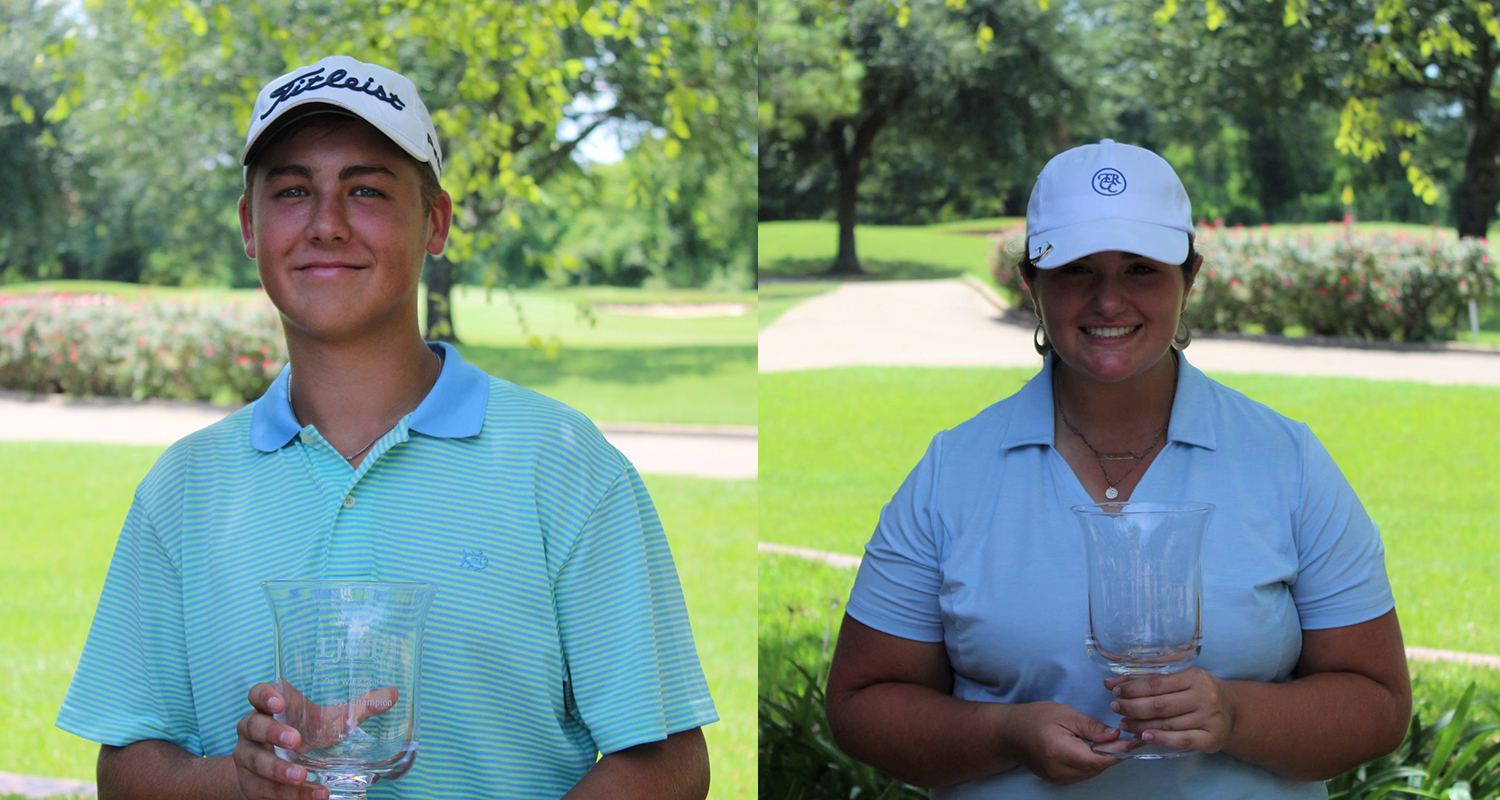 Eli Ortego of Broussard and Kaitlyn Montoya of Shreveport emerged victorious in their respective divisions after two rounds of brilliant play. Ortego recorded the low round of the week, a five-under par 67 in the Final Round amassing 6 birdies with a lone bogey. That, in addition to his bogey free opening round four-under par 68, lead to a four-shot victory in the Boys Overall Championship over runners-up Jake Marler of Shreveport, Chance Queen of Alexandria and Jay Mendell of Lafayette. Matt Weber of Scott finished in 5th Place with rounds of 71-70 three-under par (141). Other players to finish under par included August Drummond of Shreveport (70-73-143) and Karan Patel of Alexandria (72-71-143)

Montoya’s first round one-over par 73 positioned her atop the leaderboard by a sizeable margin heading into the Final Round. She would finish the tournament with an even par 72 to capture victory over Sarah Hodson of Raceland. Sydney Moss of Shreveport finished in third place. Montoya had six birdies on the week, and picked up her first LJGT victory this season. With this victory she takes a sizeable lead atop the LJGT player of the year points standings in the Girls division.

Charlie Bell of Shreveport won the Boys 11-13 Division after defeating Grant Reagan of Shreveport in a playoff. Bell shot rounds of 73-73-146 en route to his victory.

OakWing Golf Club was in great condition for this event. The Alexandria area received over 8 inches of rain on Tuesday, Jordon Harrington and his staff did an excellent job getting the course back to tournament conditions. The weather during competition was perfect. The golf course played to a par 72 at 6,725 yards for the Overall Boys Division and 5,819 yards for the Overall Girls Division and Boys 11-13.

The Top-30 Boys 13-18 and Top-15 Girls on the player of the year points standings will receive an invitation to the Tour Championship at Gray Plantation, October 5-6.