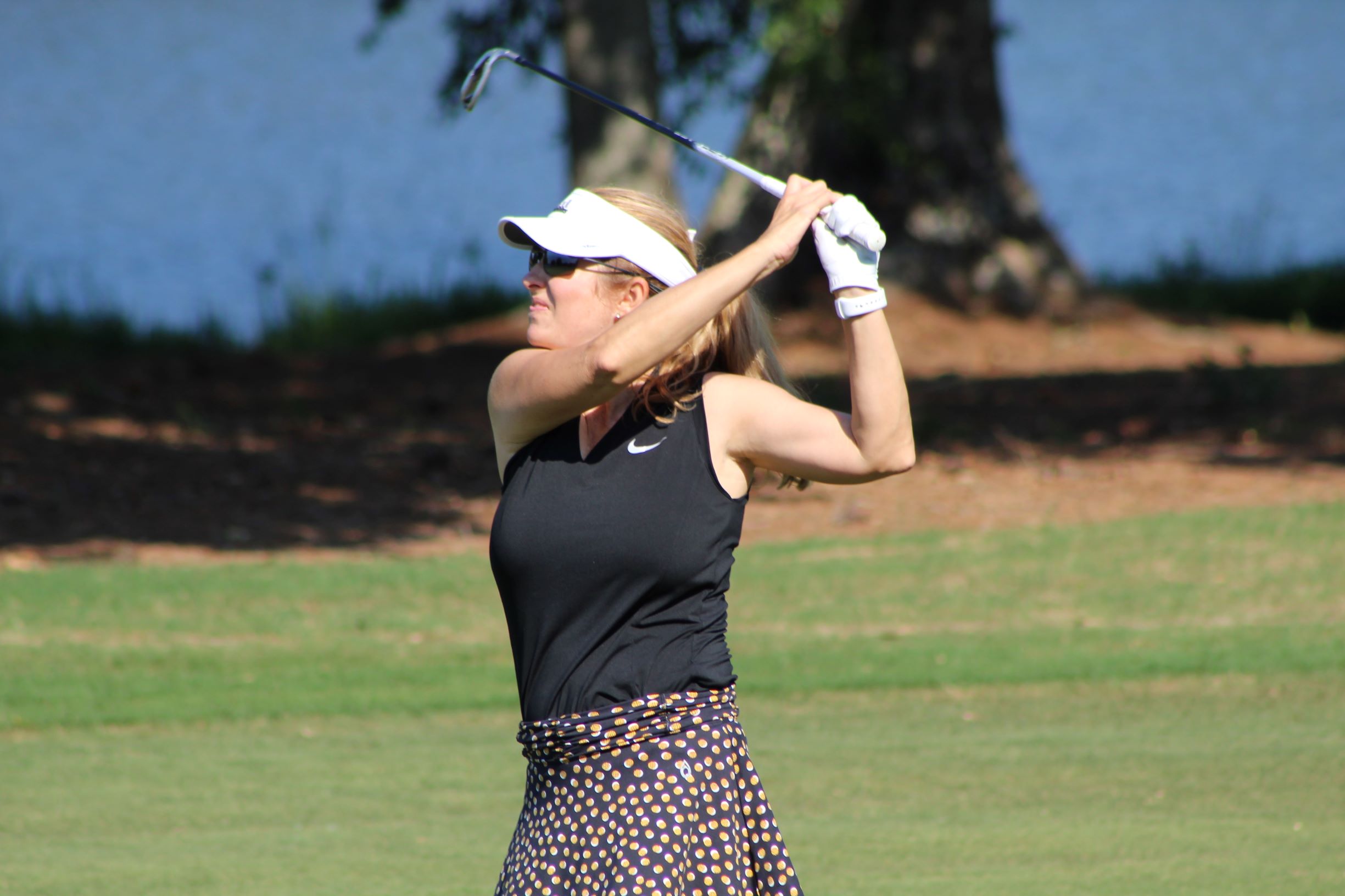 Kay Daniel of Covington leads the LGA Women’s Mid-Amateur. Daniel winner of the last three editions of this championship shot a 76 at Money Hill Golf & Country Club. Daniel, who’s outward half began on the back nine was tripped up by the starting hole surrendering a bogey but would right the ship with 6 straight pars. She followed that steady stretch making by back-to-back bogeys before turning in three-over par 39. Daniel would rally however, making a birdie on the 100-yard par 4 fourth hole. After making two more bogeys she closed with a one-over par inward nine 37 en route to a four-over 76, grabbing the 18-hole lead with ease. Daniel will head into Friday’s final round riding a seven-shot lead over Jane Rosen of Metairie and Hannah Schorr of Broussard.

Schorr had a tough start to her outward nine going bogey bogey on the 10th and 11th holes. She found her groove making six straight pars capping off her first nine with a birdie on the 339-yard par-4 18th hole to grab the lead after nine holes with a one-over par 37. The inward nine would prove troublesome for Schorr who would make four bogeys and three double-bogeys for a ten-over par 46 for an eleven-over par 83 thru 18-holes. Rosen made eight pars throughout the day but would surrender 9 bogeys and one double-bogey for a 42-41 eleven over par 83 to tie Schorr for a share of second. Connie Bousquet of Mandeville lurks just one shot back of second place at twelve-over par 84. Bousquet shot 43-41, with a birdie on the difficult par 3 14th.

The skies were clear and the breeze was slight on this beautiful 80-degree day in May. The Ron Garl designed Money Hill Golf & Country Club Track played to a par 72 at approximately 5,443 yards. The golf course was in excellent condition given the challenging transition season in the southeast part of the country. This is the first women’s championship to be conducted by the LGA after the unification of the LGA and the LWGA. This is the first time Money Hill has hosted the LGA Women’s Mid-Amateur.