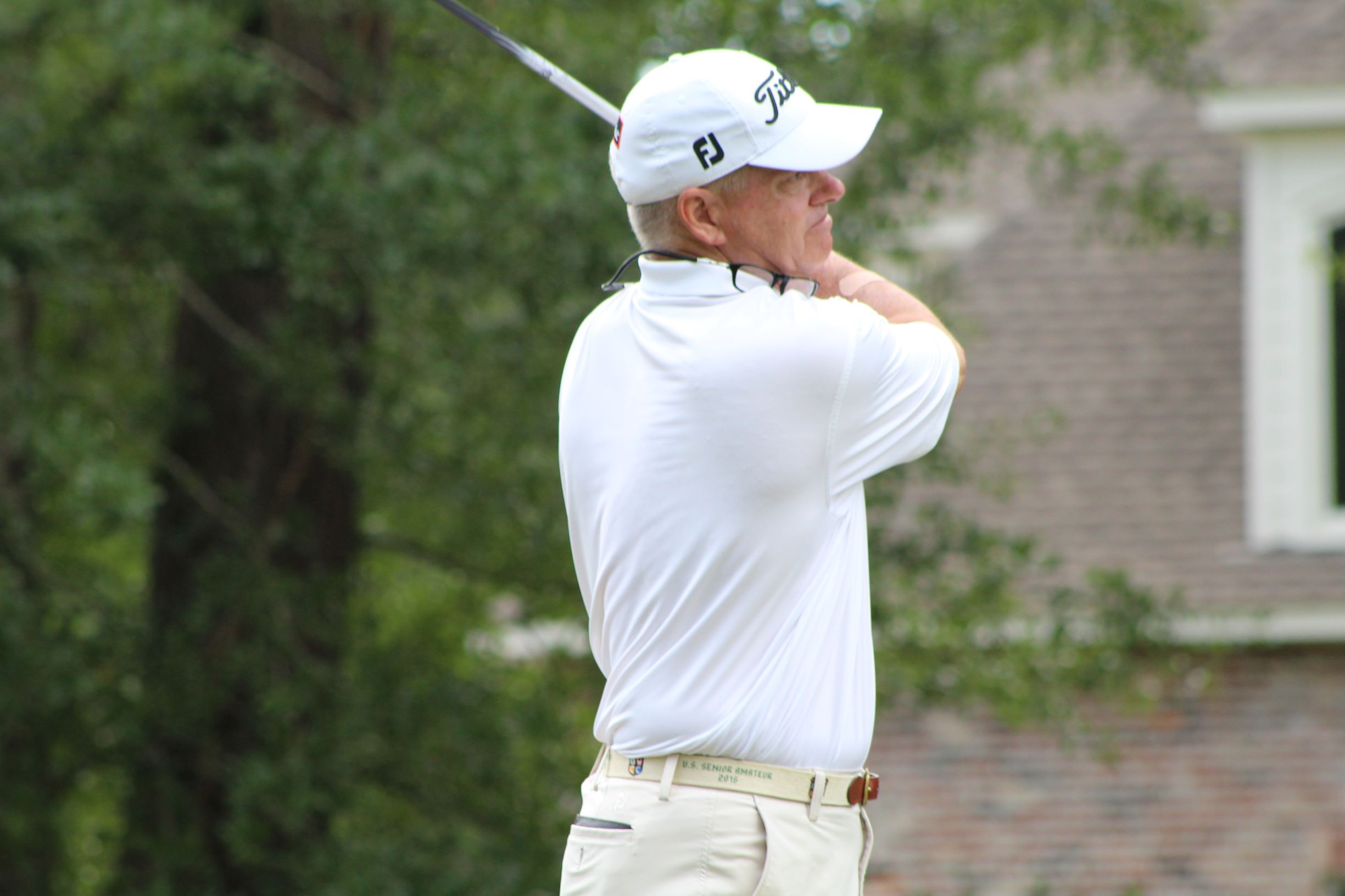 Tommy Brennan of Covington leads the 30th LGA Senior Amateur. Brennan a highly decorated Louisiana Amateur golfer fired a three-under par 69 at Money Hill Golf & Country Club. Brennan, started hot three straight birdies on the front nine followed by a bogey on the 160-yard par 3 4th. He would rally with a birdie on the short par 4 7th hole to turn at three-under par 33. He would keep the fire going with a birdie on the difficult par 4 10th but would give one back on the 174-par 3 14th coming home at an even 36. Grady Brame, Sr. of Hammond and Eric Lavespere of Monroe sit just one shot back of Brennan both firing two-under par 70s.

Brame kept a remarkably clean card making just one bogey all day which came at the par 4 15th hole, but he would card two birdies on the back to turn at one-under 35. A bogey free inward nine that included a birdie on the 4th hole would bring him to one-under 35 and two-under total for the Championship. Lavespere got off to a tough start making bogey on his first hole of the day, the difficult par 4 10th turning at one-over par 37. However, three birdies on the way in without a trace of a bogey made for a three-under par 33 bringing him to a two-under 70 and a tie for second. Two time Senior Amateur Champion, John Davis of Lafayette was the only other player in the field under par shooting 35-36 for a one-under par 71 and just two shots back of the lead.

In the Super Senior Division, defending champion Frank Brame of Alexandria clings to a one-shot lead over Brett Myhand of Carencro. Brame had a rocky start to his day making three bogeys on his opening nine turning at three-over par 39. He turned it on, on his inward nine however going bogey free with two birdies coming at 11 and 13 to shoot two-under 34 and get to one-over par 73. Myhand made two bogeys on his opening nine turning at two-over par 38. On his way in however, he would grab his first birdie of the day at long par 4 6th hole, to make up for the bogey he made earlier at the 4th hole coming home with an even-par 36 to fall just one-shot back of the lead.

The skies were clear and the breeze was slight on this beautiful 80-degree day in May. The Ron Garl designed Money Hill Golf & Country Club Track played to a par 72 at approximately 6,554 yards for the Overall Championship and 6,110 for the Super Seniors. The golf course was in excellent condition given the challenging transition season in the southeastern part of the country. This is the first time Money Hill has hosted the LGA Senior Amateur.