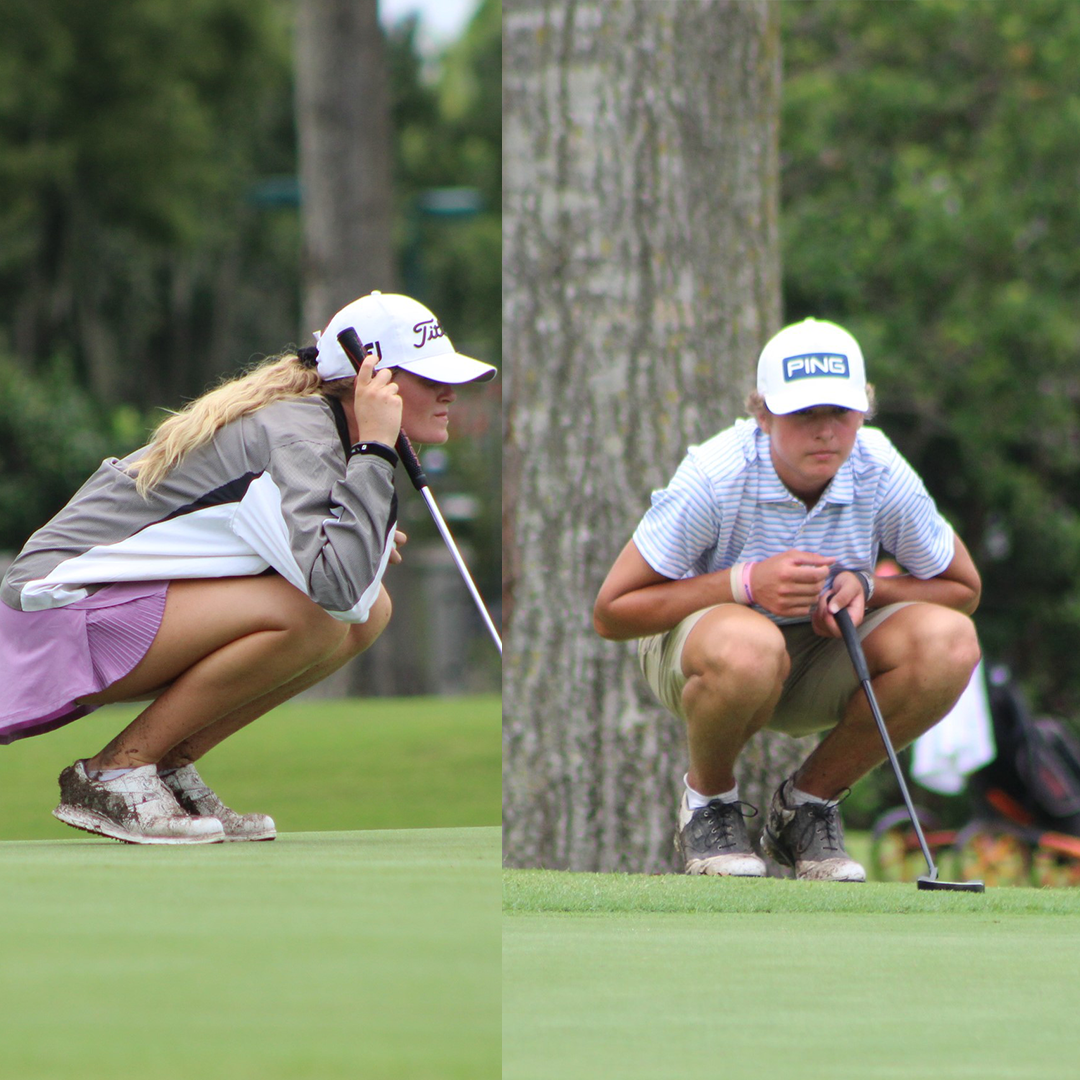 Kale Fontenot of Lafayette leads a talented field at the 64th playing of the Louisiana Junior Amateur Championship after Round 1. Fontenot shot a five-under par 67 to end up atop the leaderboard. Fontenot’s round was highlighted by eight birdies on holes 5, 8, 9, 10, 11, 12, 14, and 16. Coming in just behind Fontenot was Boyd Owens of Baton Rouge and Jay Mendell of Lafayette with four-under par. Owens’ round included five birdies on holes 5, 6, 9, 11, and 16. Mendell shot a bogey free round with four birdies on holes 7, 11, 14, and 16. Play was suspended at 3:13pm due to weather in the area and resumed at 5:02pm. All players were able to finish their first round with the final putt dropping at 7:30pm.

Sarah Knight of Sterlington leads the Girls’ Junior Amateur Championship after shooting a first round one-under par 71. Knight was the only player to finish under par in the Girls’ Championship. Knight carded birdies on holes 1, 2, 7, 16, and 17 to put herself in a great position heading into the final round. Two shots behind Knight tied for second at one-over par are 2018 and 2019 Champion Cassidy Lambert of Gretna and Sarah Meral of Abita Springs.

Logan Heltz of Abita Springs shot an incredible five-under par 67 to lead the 12-13 boys’ division by seven strokes over Jayden Williams of Prairieville. Hudson Greene of Bossier City fired an even par 72 to lead the 10-11 boys’ division after Round 1. Wayne Kabrich of Mandeville finished his round strong with a hole-in-one on at the par 3 17th (91-yards with a 52-degree wedge) followed by a par on 18.