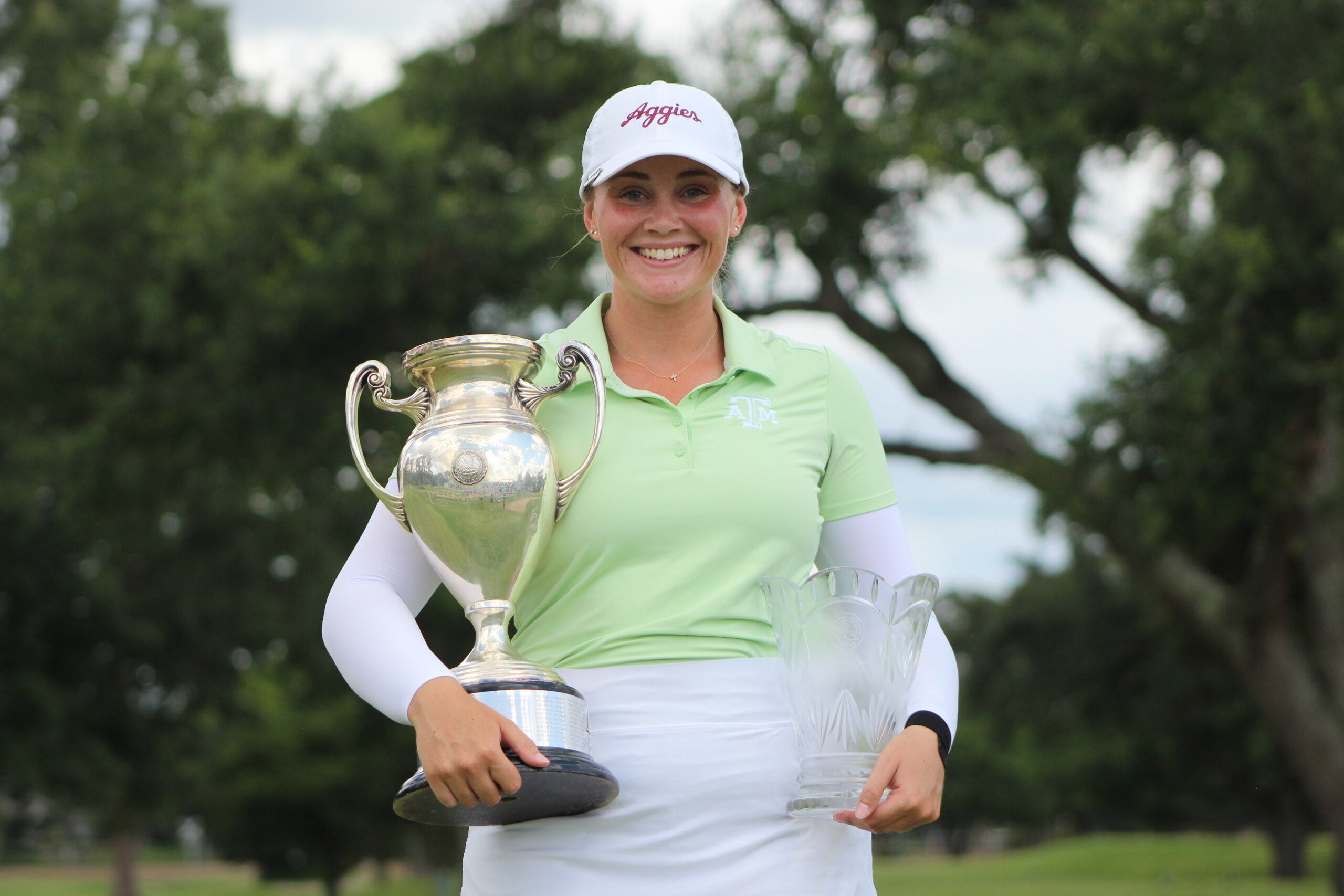 Brooke Tyree of Sulphur won the 93rd Louisiana Women’s Amateur Championship 5 & 4 over Sarah Meral of Abita Springs at Bayou DeSiard Country Club on Wednesday.  Tyree entered the 16-player match play bracket as the #3 seed after shooting a two-over par 74 in Sunday’s stroke play qualifier.  She dominated match play, winning 8 & 6 in the first round, 2 & 1 in the quarterfinals, and 1 up in the semifinals.  Tyree played a total of 79 holes in four days, and her 2021 Championship run included nine birdies and 58 pars.  Tyree, a rising senior at Texas A&M University, was steady and unflappable all week and used her experience in elite amateur competitions to her advantage.  This victory is especially sweet for Tyree who finished runner-up in the 2020 LGA Women’s Amateur Championship and has been competing in this event since 2017.  “This is another goal for myself, to finally win this one,” said Tyree.

Tyree took care of business early in the final match.  She won the first four holes with pars to go 4 up.  Meral and Tyree tied holes 5 through 9 with pars.  Tyree shot an even par 36 on the front 9.  Meral won the par 4 10th hole, but that was the only hole Tyree would lose.  Tyree won holes 11 and 12 to go 5 up.  Both competitors parred the 13th and 14th holes and the match was complete. Tyree’s 5 & 4 victory is tied for the largest margin of victory in the championship final since 1995.

It was a hot, humid north Louisiana summer day with temperatures approaching the upper-80’s by mid-morning.  The Perry Maxell designed Bayou DeSiard Country Club course was in excellent condition and played to a par 72 at approximately 6,200 yards for the Championship.