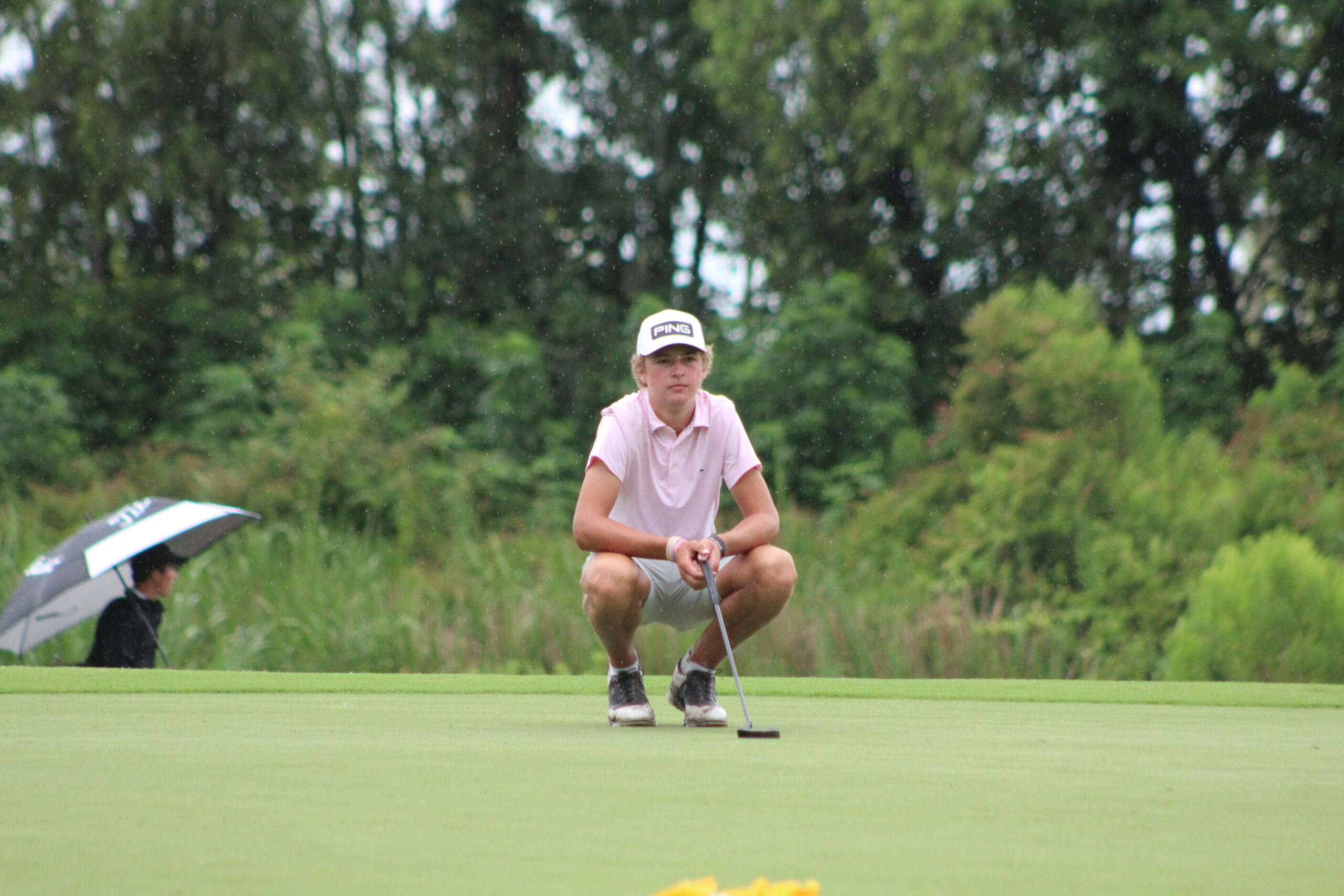 Kale Fontenot of Lafayette shot four-under today to bring him to nine-under for the tournament and the solo lead for the second day at the 64th Louisiana Junior Amateur. Fontenot’s round included seven birdies on holes 4, 5, 7, 9, 12, 16, and 18. His birdie on 18 pushed him into the lead. With 18 holes left in the tournament, Fontenot finds himself just one shot above Boyd Owens of Baton Rouge. Owens had a bogey free round today with four birdies on holes 2, 11, 13, and 16. Following behind Fontenot and Owens at five-under par are Holden Webb of Shreveport and Jay Mendell of Lafayette. Play was suspended due to weather in the area at 1:41pm and was resumed at 2:58pm.

Logan Heltz of Abita Springs had two incredible rounds totaling eight-under par to win back-to-back 12-13 age division titles. Over two days, Heltz kept his scorecard clean with 0 bogeys. His eight birdies gave him a thirteen-shot lead of his competitors. Coming in behind Heltz, as runner-up, was Jayden Williams of Prairieville with five-over. Noah Chauvin of Broussard came in third place on a scorecard playoff over Hudson Partin. Hudson Greene of Bossier City won the boys’ 10-11 age division at one-under par.