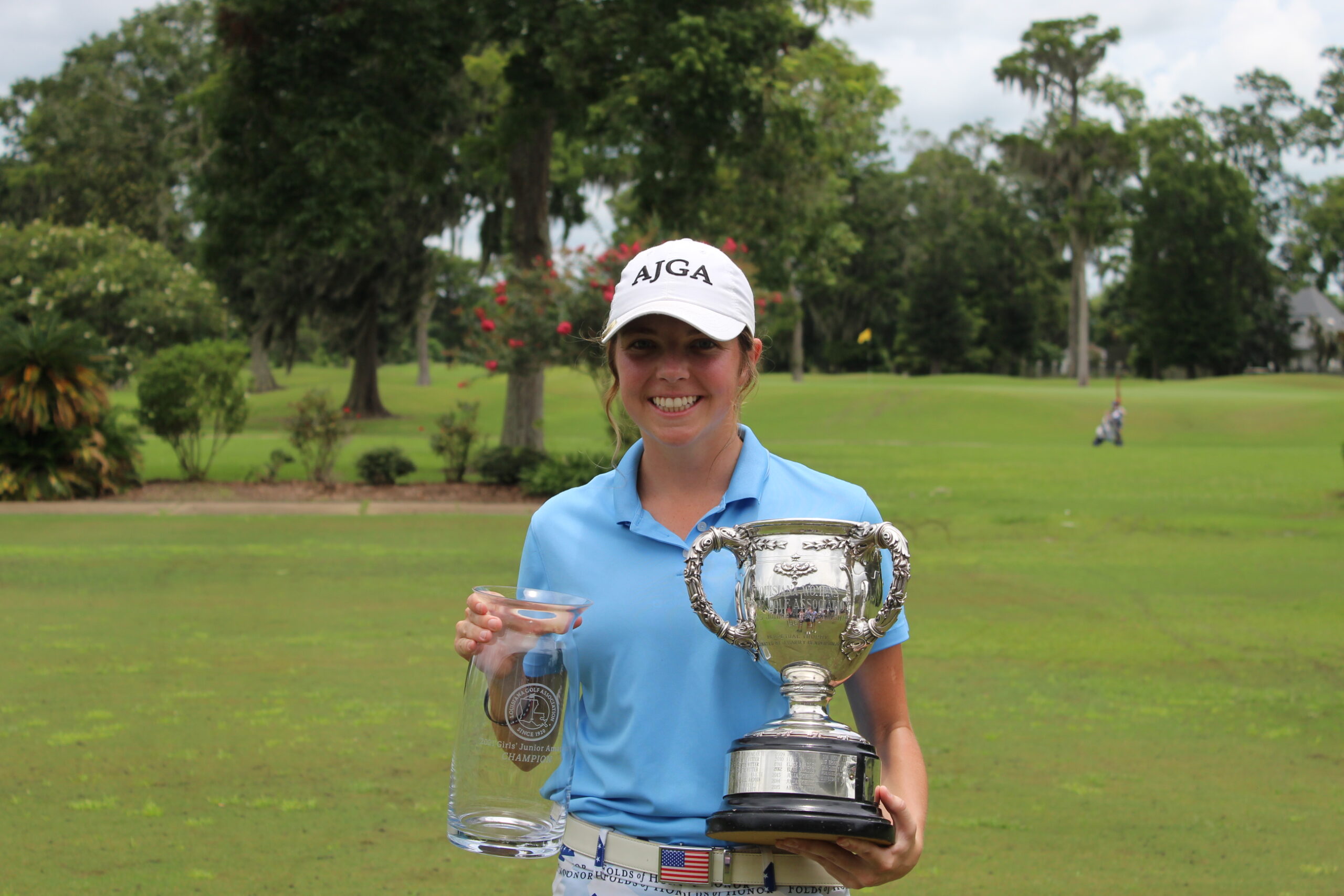 Cassidy Lambert of Gretna captures the title of the 56th Louisiana Girls’ Junior Amateur Champion. Lambert shot two-over par through the course of thirty-six holes over two days. Lambert started today’s round with a chip in for birdie on Hole 1 and ended with a birdie putt on 18. This win marks her 3rd Louisiana Girls’ Junior Amateur title, making Cassidy one of seven girls to win the championship three times. When asked how this win made her feel, Lambert said, “I think it’s probably a little more special because it’s my last one.”

Coming in behind Lambert was the Round 1 Medalist Sarah Knight of Sterlington at six-under par. Finishing in 3rd was Sydney Moss of Shreveport at seven-over.

It was another wet day at Ellendale Country Club. The course played to a par 72 at approximately 5815 yards.