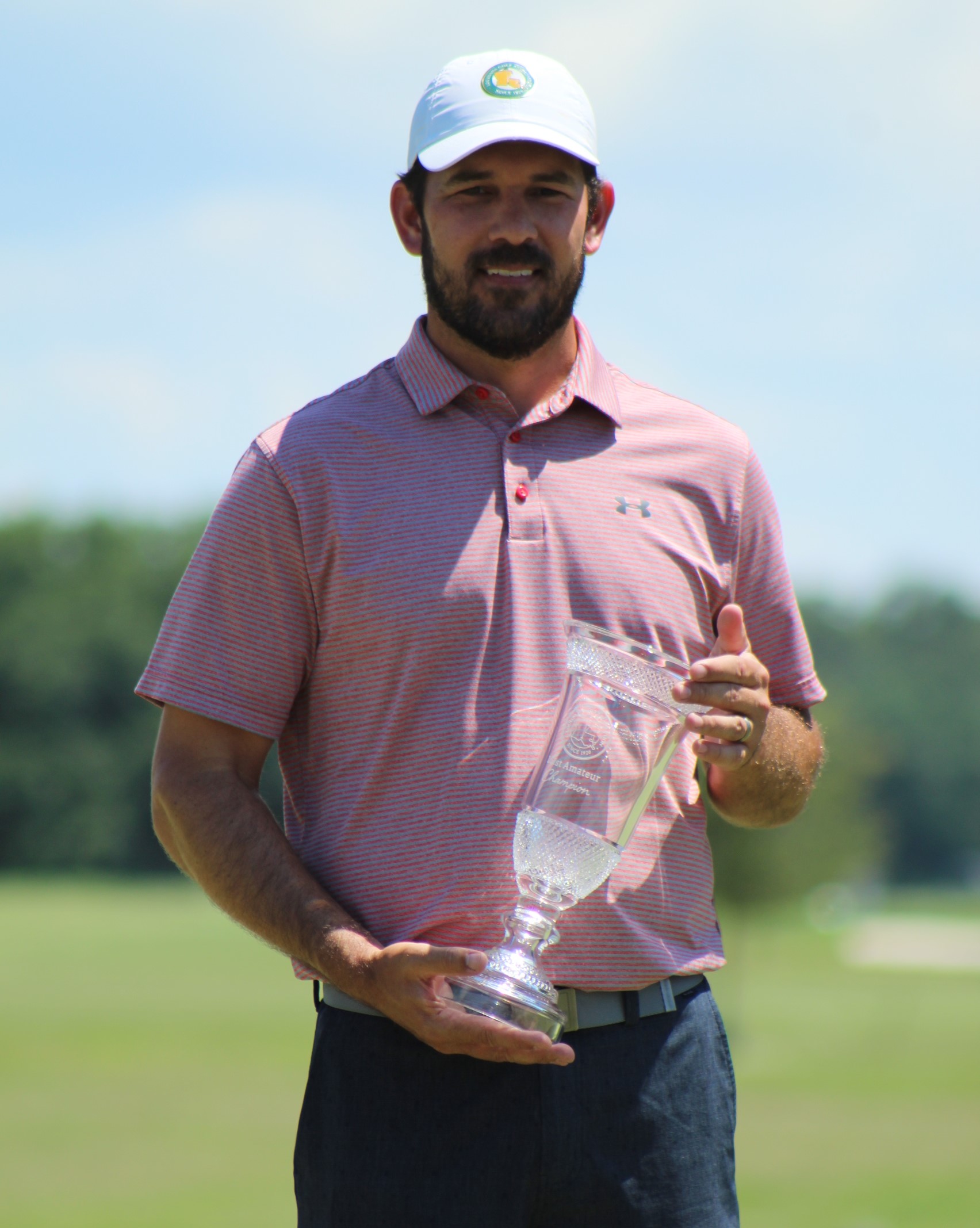 It was a historic and dramatic day at Bayou Oaks at City Park in New Orleans. John Humphries of Woodworth tied the course record and fired a final round 67 on Sunday at Bayou Oaks at City Park (South Course) to win the 101st Louisiana Amateur Championship by one stroke over Eli Ortego of Broussard. At one point on the back nine, six players shared the lead, but it was Humphries who outlasted the others. Humphries’ incredible performance over 72 holes included rounds of 70—72—70—67 to finish at nine-under par 279 for the Championship. Humphries has once again solidified himself as the top amateur player in Louisiana. He became the fifth player all-time, and first since 1968, to win at least three Louisiana Amateur Championships, and he is also the first player to ever win this championship in three different decades. He previously won when he was 23 (84th Louisiana Amateur at Southern Trace Country Club in 2003) and 39 years of age (100th Louisiana Amateur last year at Baton Rouge Country Club). He now becomes the eighth player all-time to win back-to-back LGA Amateur Championships and achieve legend status in Louisiana amateur golf.

Humphries started his round at 10:30 AM in the penultimate pairing of the day, and he trailed 54-hole co-leaders 2011 LGA Amateur Champion Greg Berthelot of Baton Rouge and 2017 LGA Amateur Champion Derek Busby of Ruston by four shots. He parred the first four holes then made back-to-back birdies on holes 5 and 6. Humphries made par on holes 7,8, and 9 to make the turn at two-under par 34. Humphries started his back nine the same way as his front, with a steady par at the par 4 10th hole. He then made back-to-back birdies at the par 5 11th hole and the par 4 12th hole. Following two more pars, Humphries made his only bogey of the day at the par 4 15th hole. The back nine on Sunday is where Champions are made and Humphries stayed calm, cool, and collected following the hiccup at the 15th and bounced back with a critical birdie at the par 4 16th hole. Humphries made his eleventh par of the day at the par 3 17th hole. Humphries closed his round with an impressive birdie at the par 5 18th hole to shoot 67.

Nine competitors finished under par for the championship:

It was an exciting week at Bayou Oaks at City Park, with a different leader after each round. This was the first time that the South Course at Bayou Oaks at City Park, which opened in 2017, hosted the Louisiana Amateur Championship and it did not disappoint. The course was in excellent condition and drew rave reviews from this field of the top amateur players in Louisiana. It’s especially fitting that the 101st edition of this championship was held on the property of the City Park Golf Complex that originally opened in 1902. The course played to a par of 72 at approximately 7,000 yards on Sunday.

Next year’s Championship will be conducted July 22-25 at the Tom Fazio designed Squire Creek Country Club in Choudrant. The low 30 finishers and ties are exempt into next year’s event.