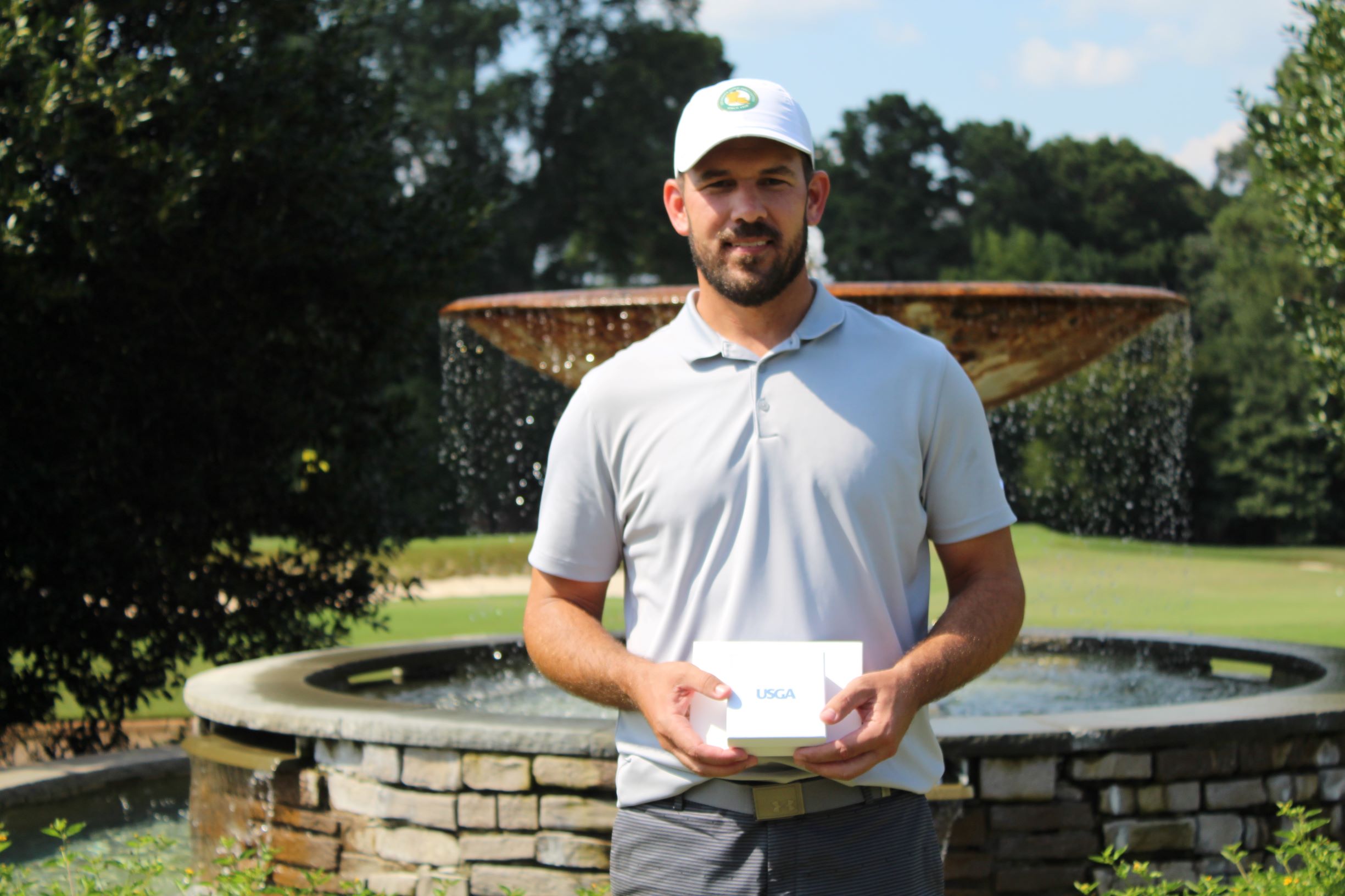 John Humphries of Woodworth, Louisiana fired a four-under par 68 on Monday at Squire Creek Country Club to earn medalist honors in the U.S. Mid-Amateur Championship Qualifier. Humphries, the reigning Louisiana Golf Association (LGA) Amateur Champion, continued his impressive streak of golf this summer, and his stellar 68 included six birdies and two bogeys. Humphries carded a three-under par 33 on his front nine with birdies on holes #1, #2, #6, and #9. His lone bogey on the outward nine holes came at the par 4 7th hole, which was the most difficult ranked hole of the day. Humphries birdied the par 5 11th hole and the par 4 13th hole to get to five-under par but a three putt at the par 5 17th hole bumped him back to four-under par. Humphries finished with a solid par at the par 4 18th hole (456 yards), bringing his back nine total to one-under par 35.

It was a Louisiana sweep on Monday as Squire Creek member Eric Gibbs of Ruston and Lake Charles Country Club member Hank Shaheen of Dequincy grabbed the other two qualifying spots with rounds of three-under par 69. Humphries, Gibbs, and Shaheen will advance to the Championship proper to be conducted at Colorado Golf Club in Parker, Colorado just outside Denver, September 14-19, 2019. Robby McWilliams of Benton is First Alternate (70). Jeff Howard of Plano, Texas is Second Alternate after winning a sudden death playoff over Brandon Newton of Lewisville, Texas. Howard and Newton shot one-under par 71.

The Tom Fazio designed Squire Creek course, which hosted the Louisiana Golf Association Mid-Amateur Championship this past weekend, played to a par of 72 at 7,028 yards on Monday. The golf course played firm and fast and it was in excellent condition.