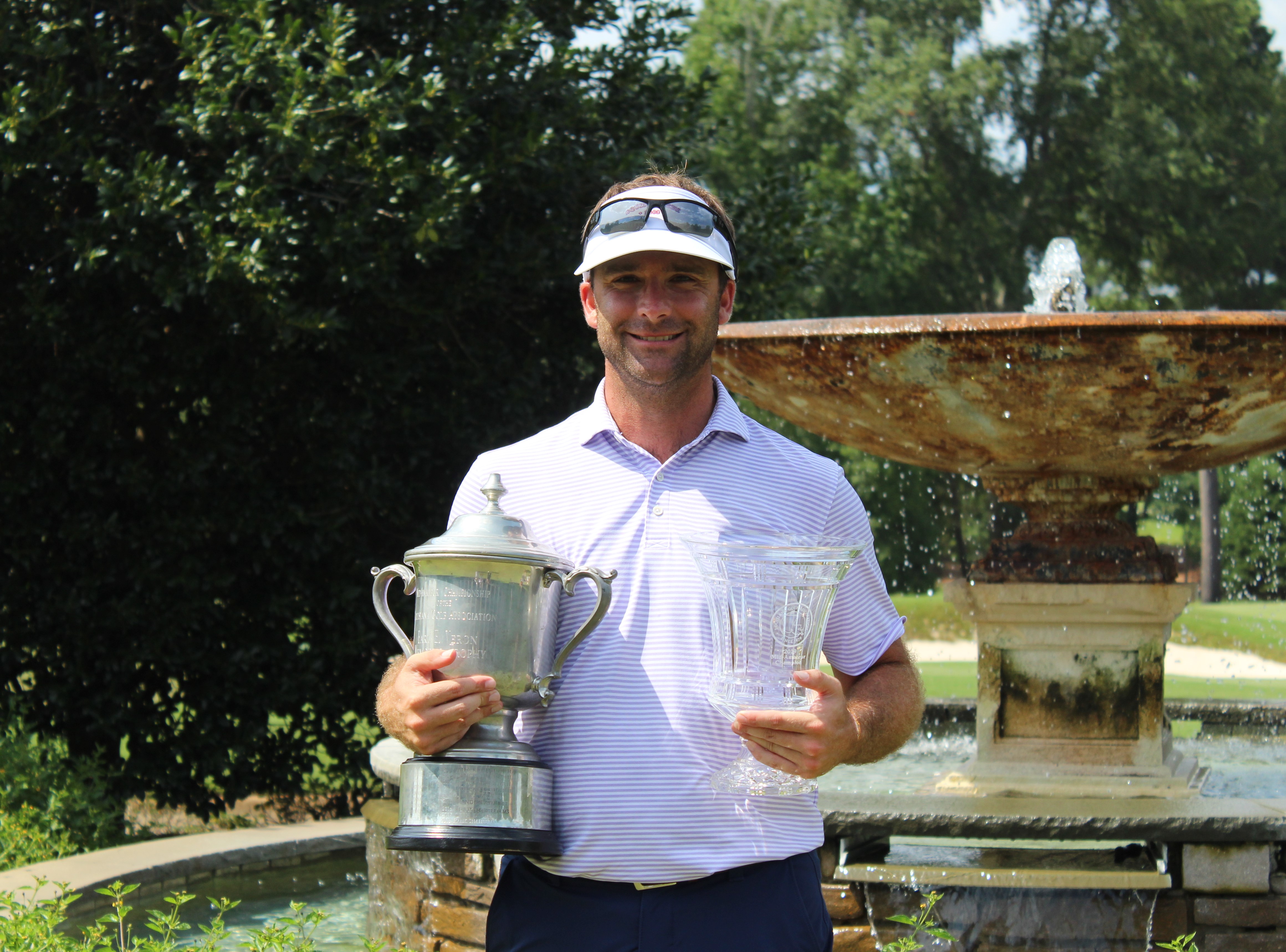 It was an exciting final round of the 28th Louisiana Mid-Amateur Championship at Squire Creek Country Club. Derek Busby of Ruston won a sudden death playoff over Greg Berthelot of Baton Rouge to take the title in dramatic fashion. Busby, a member at Squire Creek Country Club, carded rounds of 68-69-71 to finish the Championship at eight-under par 208. Berthelot saved his best for last and fired a five-under par 67 in Sunday’s final round to force the playoff. The playoff commenced on the par 4 18th hole (456 yards) where Busby had missed an eight-foot birdie putt to win in regulation. Busby was undeterred however, and crushed his drive down the center of the fairway and then hit his approach to fifteen-feet below the hole. There was no doubt about the championship clinching birdie putt the second time around, and Busby sank it with authority to win the first playoff hole.

Busby, the 2017 LGA Amateur Champion, becomes the sixth player all time to win both the Amateur and Mid-Amateur Championships. “There are different ways to win,” said Busby. “When I won the State Am, I got really hot with the putter and kind of ran away with it. To win this championship, it tested a different part of me. That was being patient, something I obviously learned as I have gotten older. Today was just a battle of patience for me.” It was truly special for Busby to win on his home track Squire Creek.

The Tom Fazio designed Squire Creek course is the #1 ranked golf course in the state by Golf Digest. The course was in pristine condition for this Championship and drew rave reviews from this field of the top amateur golfers in Louisiana over the age of 25. The Squire Creek CC course played to a par of 72 at approximately 6,900 yards on Saturday. Squire Creek will host the U.S. Mid-Amateur Championship Qualifier on Monday. Busby is exempt from qualifying for the U.S. Mid-Amateur based on his World Amateur Golf Ranking.

Next year’s Championship will be conducted at Le Triomphe Golf & Country Club in Broussard.