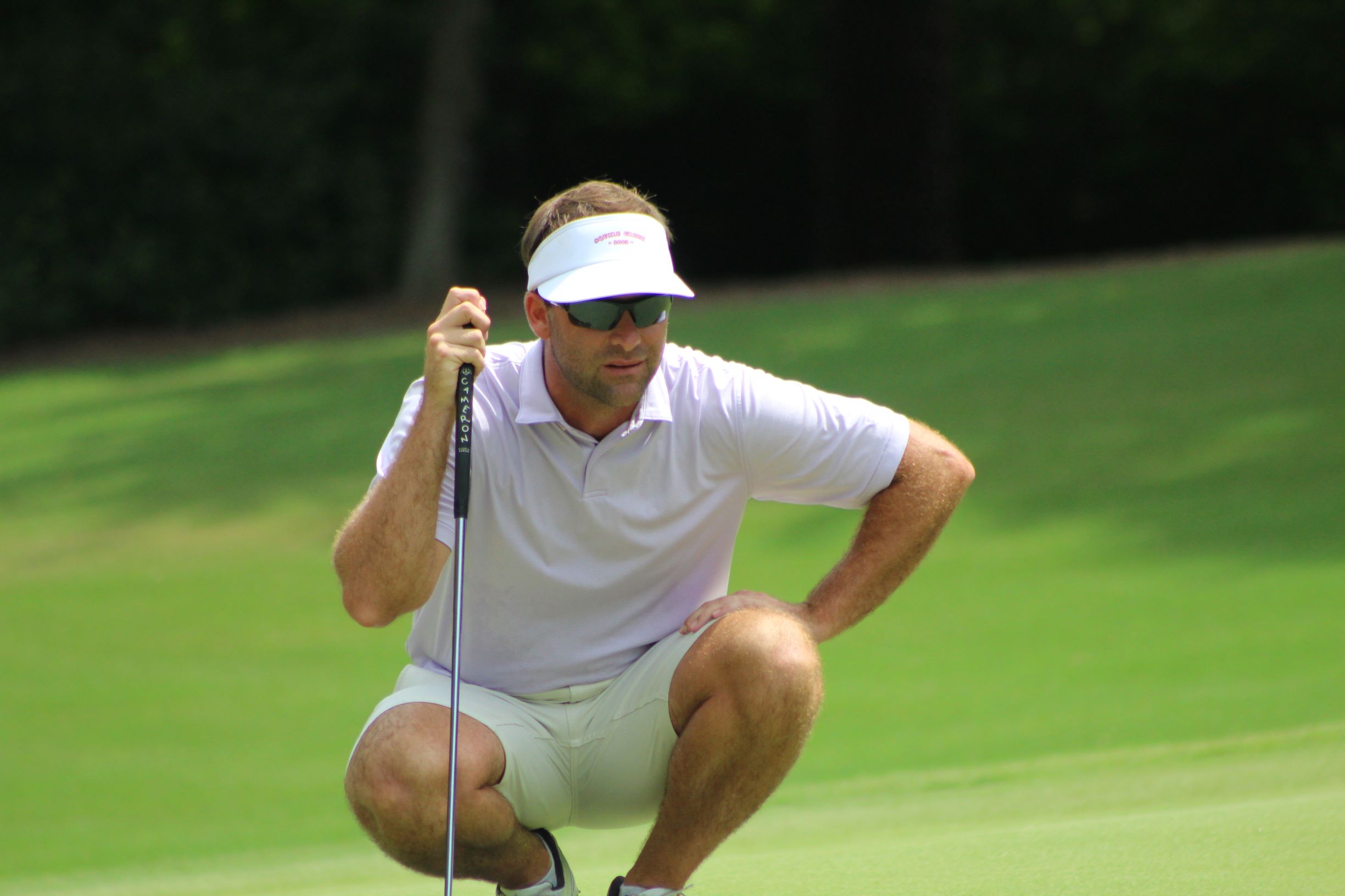 Saturday was “Moving Day” at the 28th Louisiana Mid-Amateur Championship at Squire Creek Country Club and nobody positioned themselves better than local favorite Derek Busby of Ruston. Busby, a member at Squire Creek Country Club, fired a three-under par 69 on his home track to take the lead with 18 holes remaining. Coupled with his first round 68, Busby is currently seven-under par for the Championship (137). Busby is seeking his second LGA Championship, having won the State Amateur in 2017. Busby is exempt from qualifying for the 2019 U.S. Mid-Amateur Championship next month and he’s seeking to win the title of best amateur golfer over the age of 25 in his home state before taking the national stage. First round leader Andrew Noto of Metairie carded a one-under par 71 in the second round and trails Busby by one stroke. Josh Fullilove of Larose is currently in third place after back-to-back rounds of two-under par 70.

Busby began his second round (8:33 AM starting time) with a par at the par 4 10th hole.  He birdied the par 5 11th hole and then his only blunder of the day occurred with a bogey at the par 3 12th hole. Busby made six consecutive pars to close out his front nine and make the turn at even par 36. Busby jumpstarted his round with a birdie at the par 4 1st hole. Following three consecutive pars, he made his third birdie of the day at the par 3 5th hole. Busby had another run of solid golf with three straight pars on holes #6, #7, and #8. Busby capitalized on his incredible ball striking with a birdie to finish his round at the par 5 9th hole, bringing his back nine total to three-under par 33.

Defending Champion Hank Shaheen of Dequincy shot an even par 72 is currently tied for 4th place at three-under par 141. Four other competitors share that fourth-place tie at the moment: Greg Berthelot of Baton Rouge (73/68), 2009 LGA Mid-Amateur Champion Matt Nicholas of Lake Charles (73/68), Robby Going of Lake Charles (72/69), and Douglas Dupont of Monroe (73/68). Jared Harris of Baton Rouge (70/72) and Mike Stackus of Zachary (71/71) are the only other competitors under par for the Championship and they are tied for 9th place at two-under par 142.

The Tom Fazio designed Squire Creek course is the #1 ranked golf course in the state by Golf Digest. The course is in pristine condition for this Championship and drew rave reviews from this field of the top amateur golfers in Louisiana over the age of 25. The Squire Creek CC course played to a par of 72 at approximately 6,850 yards on Saturday. The field will be cut to the low 60 and ties after 36 holes with 61 players making the cut at eleven-over par 155 Sunday’s final round will begin at 7:30 AM off the first tee with the leaders going off last at 10:30 AM.