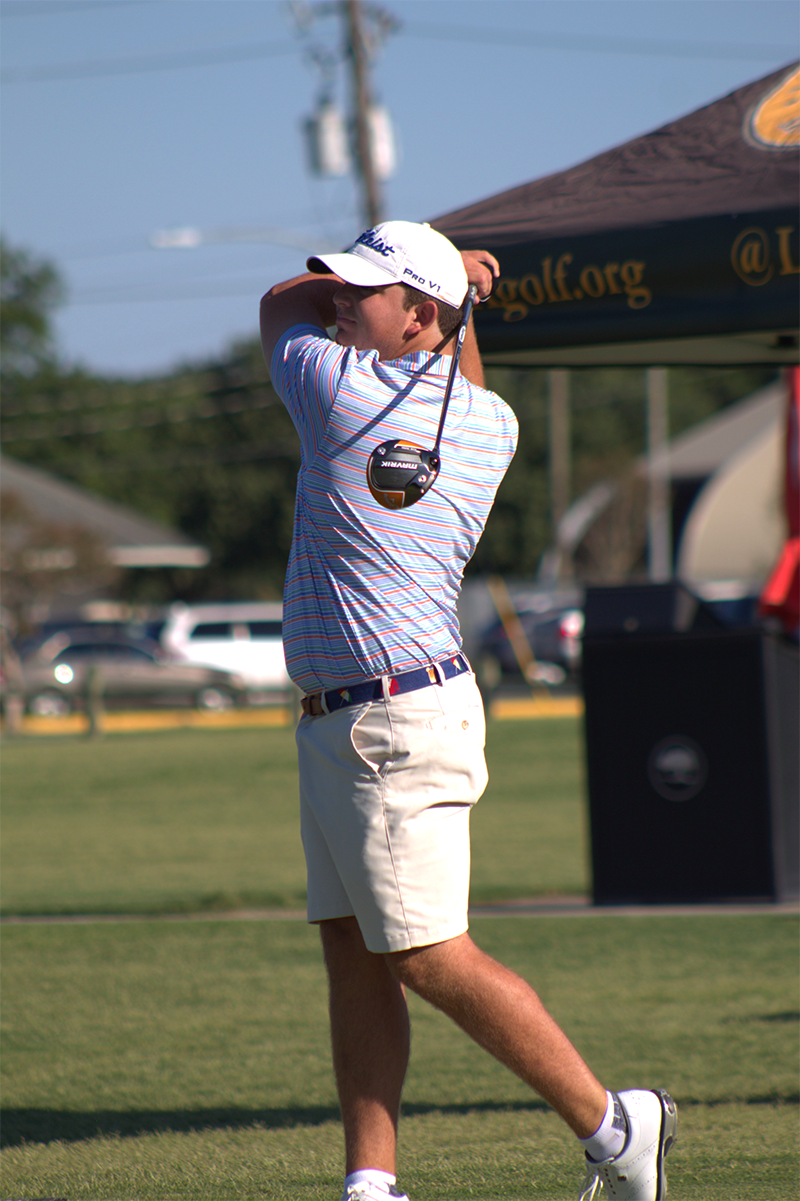 It was a glorious return for competitive golf in Louisiana. The picturesque South Course at Bayou Oaks at City Park played host to the top amateur players in the state, and the course was in excellent condition despite absorbing seven inches of rain in the three previous days. The 101st Louisiana Amateur Championship is the first event that the Louisiana Golf Association (LGA) is conducting following a three-month suspension due to COVID-19. The LGA is taking extra precautions to protect the health and safety of the participants as well as everyone involved in the event. Competitors were in great spirits and the weather was perfect. Jake Marler of Shreveport catapulted himself into the lead after firing a first round four-under par 68. Marler, a University of Louisiana Lafayette commit, shot bookend 34s with five birdies and one bogey. He will have to stave off an extremely talented field of former LGA Champions in order to maintain his lead. Five players are one back at three-under par: 2017 Amateur Champion and reigning LGA Mid-Amateur Champion Derek Busby of Ruston, 2012 Amateur Champion Patrick Christovich of New Orleans, Boyd Owens of Baton Rouge, Buck Williams of New Orleans, and Andrew Noto of Metairie. Defending Champion John Humphries of Woodworth carded a steady two-under par 70 and sits just two back of Marler at the moment.

With twenty players currently under par after the first round, it’s anyone’s championship to win with 54 holes remaining. The Rees Jones designed Bayou Oaks at City Park (South Course) course played to a par 72 at approximately 6,958 yards on Thursday and provided a stern but fair test. The golf course boasts some of the best putting surfaces in the state. Superintendent Ryan McCavitt and his crew have worked tirelessly all week to get the course ready and in Championship condition. With a promising forecast in store for the next few days, the golf course will be immaculate and competitors are in for a treat. Bayou Oaks at City Park (South Course) is hosting the LGA Amateur Championship for the first time in its history, four years after its opening in 2017.