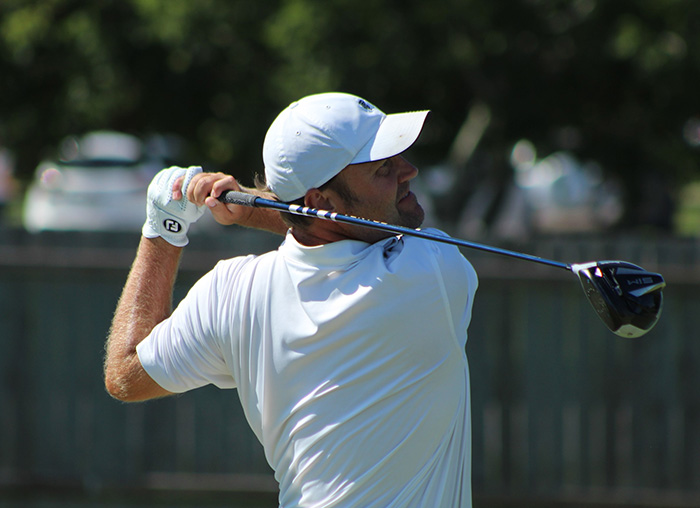 It was another perfect day for golf at Bayou Oaks at City Park. Local favorite Buck Williams of New Orleans fired a four-under par 68 to take the lead at the 101st Louisiana Amateur Championship. Williams’ first round 69 was the only bogey-free round of the championship thus far. His second round 68 included five birdies and one bogey, and he is currently seven-under par (137) through 36 holes. Williams holds a one-shot lead over 2017 LGA Amateur Champion and reigning LGA Mid-Amateur Champion Derek Busby of Ruston heading into the weekend. 2011 LGA Amateur Champion Greg Berthelot of Baton Rouge is just three back of Williams after he carded a three-under par 69 on Friday. Grayson Gilbert of Monroe tied the competition course record with a five-under par 67 and is tied for third with Berthelot at four-under par 140 for the Championship. Two-time LGA Junior Amateur Champion Nicholas Arcement of Thibodaux and Cole Kendrick of Natchitoches round out the top 5 at three-under par 141. With so many talented golfers in contention, it should be an exciting weekend.

Williams started his round at 1:20 PM and made back-to-back pars. His first birdie of the day came at the par 5 3rd hole, and he made three consecutive pars on holes 4,5, and 6. His lone bogey of the tournament so far occurred at the par 3 7th hole. He bounced back with a par-birdie finish on holes 8 and 9 and made the turn at one-under par. Williams began his back nine the same way as his front, with a solid par. He made back-to-back birdies on holes 11 and 12 to get to three-under par on the day. Following three consecutive pars, Williams made another birdie at the par 4 16th. He finished with back-to-back pars to close with a 68.

The South Course at Bayou Oaks at City Park, which opened in 2017, is hosting the Louisiana Amateur Championship for the first time in its history. It’s especially fitting that the 101st edition of this championship is on the property of the City Park Golf Complex that originally opened in 1902. The golf course drew rave reviews from this field of the top amateur players in Louisiana. The course played to a par of 72 at approximately 7,014 yards on Friday.