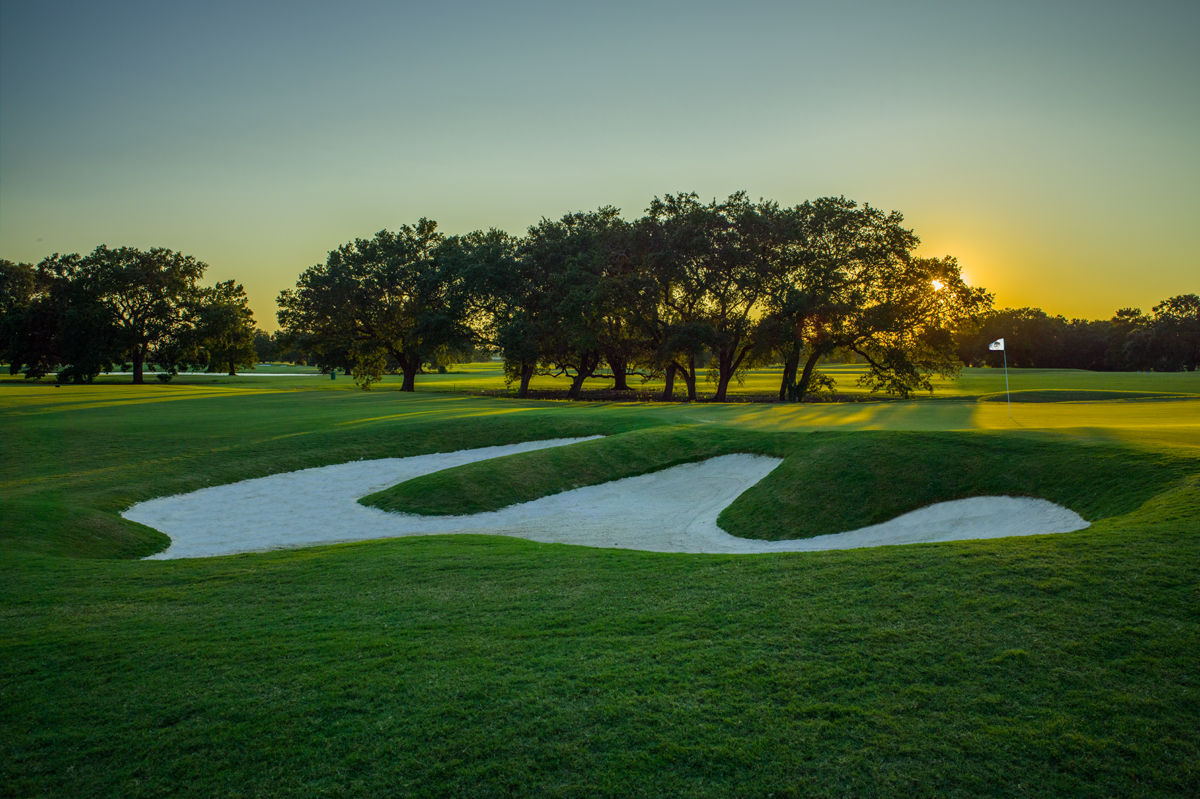 LAFAYETTE, LA. (June 4, 2020) – The Louisiana Golf Association (LGA) today announced pairings and starting times for the first two rounds of the 101st Louisiana Amateur Championship, Thursday (June 11) and Friday (June 12), at Bayou Oaks at City Park (South Course) in New Orleans. 144 of the best amateur golfers in Louisiana comprise the field that will compete over 72 holes of stroke play, with the low 60 scorers and ties making the cut to the final 36 holes of competition, scheduled for Saturday, June 13 and Sunday, June 14.

Eight qualifying events throughout the state, originally scheduled from May 16 to May 23, were cancelled due to the COVID-19 pandemic. A full field of 144 players was reached only 48 hours after the LGA announced its plan cancel the qualifiers and accept entries on a first come first served basis. The LGA accepted 40 players on the waitlist and then closed entries. “Even though we had to cancel qualifiers, the strength of field for this championship is impressive and one of the deepest we’ve had in years,” said LGA Executive Director Logan Ray. “Our members are ready to compete again and the response has been overwhelmingly positive. We are taking extra precautions and following strict guidelines as we adapt this championship to protect the health and safety of everyone involved. We sincerely appreciate the support of Bayou Oaks at City Park and the Bayou District Foundation, and we know this will be a Championship to remember.”

Bayou Oaks at City Park originally opened in 1902 as the City Park Golf Complex that consisted of four courses, North, South, East and West. In 2005 Hurricane Katrina caused devastating damage to the facility forcing City Park to close. After an extensive rebuild and restoration, the North Course reopened in 2008. The North Course remained the only operating course at City Park until renowned golf course architect Rees Jones executed his plan and redesigned the South Course. A par 72 championship level golf course was constructed on over 250 acres that incorporated land that once belonged to the lost East and West golf courses. On April 21, 2017 the South Course opened and rejoined the North Course to turn Bayou Oaks at City Park into a 36-hole facility.

Bayou Oaks at City Park has been a tremendous supporter of amateur golf, and the South Course has hosted an LGA Championship every year since it opened (2017 LGA Mid-Amateur, 2018 LGA Net Amateur, and 2019 LGA Junior Amateur). It will host the most prestigious event in its history next week. The 101st Louisiana Amateur will mark the first time the LGA will conduct its marquee championship at Bayou Oaks at City Park, but it’s certainly fitting that the LGA’s most revered event in the association’s centennial season will take place on the historic property. The 101st Louisiana Amateur Championship will be a memorable experience and honor the legacy and traditions of the past while setting the stage for a bright future.

Defending Champion John Humphries of Woodworth is looking to become the fifth player all time to win at least three LGA Amateur Championships and the first to do it in the modern era. You have to go back to 1968 to find the last player to win three state amateur titles, Shirley Picard of Lafayette. Humphries won the 100th edition of this championship last year at Baton Rouge Country Club in dominating fashion, finishing at eight-under par 280. Humphries, 40, was an All-American at LSU, and he captured his first Louisiana Amateur in 2003. A win this year would also make Humphries the eighth player all time to win back-to-back LGA Amateur Championships.

Rising LSU Senior Trey Winstead of Baton Rouge and incoming LSU freshman Nicholas Arcement of Thibodaux are paired with Humphries for the first two rounds of play. They will tee off at 8:30 AM off #1 tee on Thursday. Winstead finished runner-up in the 2017 Amateur Championship at The Country Club of Louisiana. Arcement is the reigning LGA Junior Amateur Championship, having won that event at Bayou Oaks at City Park last summer. He also finished third in last year’s Amateur.

Also highlighting the incredibly stout field this year are former LGA Amateur Champions Derek Busby of Ruston (2017) and Patrick Christovich of New Orleans (2012). These seasoned Mid-Amateur competitors will be formidable contenders at Bayou Oaks. Busby, a member of Squire Creek Country Club, won the 2019 LGA Mid-Amateur on his home course, and he won the Gasparilla Invitational in Tampa in February. The last time Busby competed in the Louisiana Amateur, he ran away with the title, winning by four strokes over Winstead in 2017. Busby is currently ranked 155 in the World Amateur Golf Rankings. Christovich won his lone Amateur Championship by five shots in 2012, and he is a four-time LGA Mid-Amateur Champion. Other former Champions in the field are: Greg Berthelot of Baton Rouge (2011) and Grady Brame of Hammond (2002).

Perhaps the most decorated amateur competitor in this year’s field is LSU Senior Philip Barbaree of Shreveport. Barbaree won the 2015 United States Junior Amateur Championship in 37 holes at Colleton River Plantation Club in Bluffton, South Carolina. During his legendary 2015 season, he concurrently held the No. 1 ranking in the World Junior Golf Ranking and each of the Golfweek, National Junior Golf Scoreboard and AJGA Polo Junior Golf rankings. He represented the United States as a member of Team USA at the 2015 Spirit International, winning three gold medals in the individual and team competitions. Barbaree smashed the scoring record at the LGA Junior Amateur Championship in 2014 with a winning score of 19-under 197 at Links on the Bayou, including rounds of 10-under 62 in the first round, 3-under 69 in the second round and 6-under 66 in the final round. A State Amateur Championship would be a special addition to his impressive resume.

Others expected to vie for this year’s Championship are: Wake Forest commit and 2018 LGA Junior Amateur Champion BJ Rogillio of Baton Rouge, seven-time LGA Mid-Amateur Champion Tommy Brennan of Covington. The University of Louisiana Lafayette Ragin’ Cajuns golf team will be well represented this year. Rising Junior Charlie Flynn of Alexandria has fond memories of Bayou Oaks, the site where he qualified for the 2019 U.S. Amateur Championship after finishing six-under par 138 in the 36-hole sectional qualifier. Rising sophomore Matt Weber of Scott finished runner-up in the 2018 LGA Amateur and he also finished runner-up to Arcement in last year’s LGA Junior Amateur. Weber is looking to break through with a signature win in New Orleans.

Seven of the top-10 finishers from 2019 are back, including: Jonathan Bale of Baton Rouge, Luke Haskew of Baton Rouge, Grayson Gilbert of Monroe, Brent Struthers of Baton Rouge, and Dante Caldera of Greenwell Springs. Seth Dufrene of Luling is another competitor to keep an eye on next week. Dufrene won the 2018 LGA Mid-Amateur at Bayou Oaks at City Park, and the golf course sets up well for the strength of his game, which is length off the tee.

The youngest player to enter this year is Adam Trahan, 15, of Crowley and the oldest player to enter is Gayle Sanchez, 72, of Baton Rouge. To be eligible, a player must have a World Handicap Index® not exceeding 8.0 and be an active member of the Louisiana Golf Association.
The Rees Jones designed South Course at Bayou Oaks at City Park will play to a par 72 at approximately 7,069 yards.

First and Second Round Groupings are below: