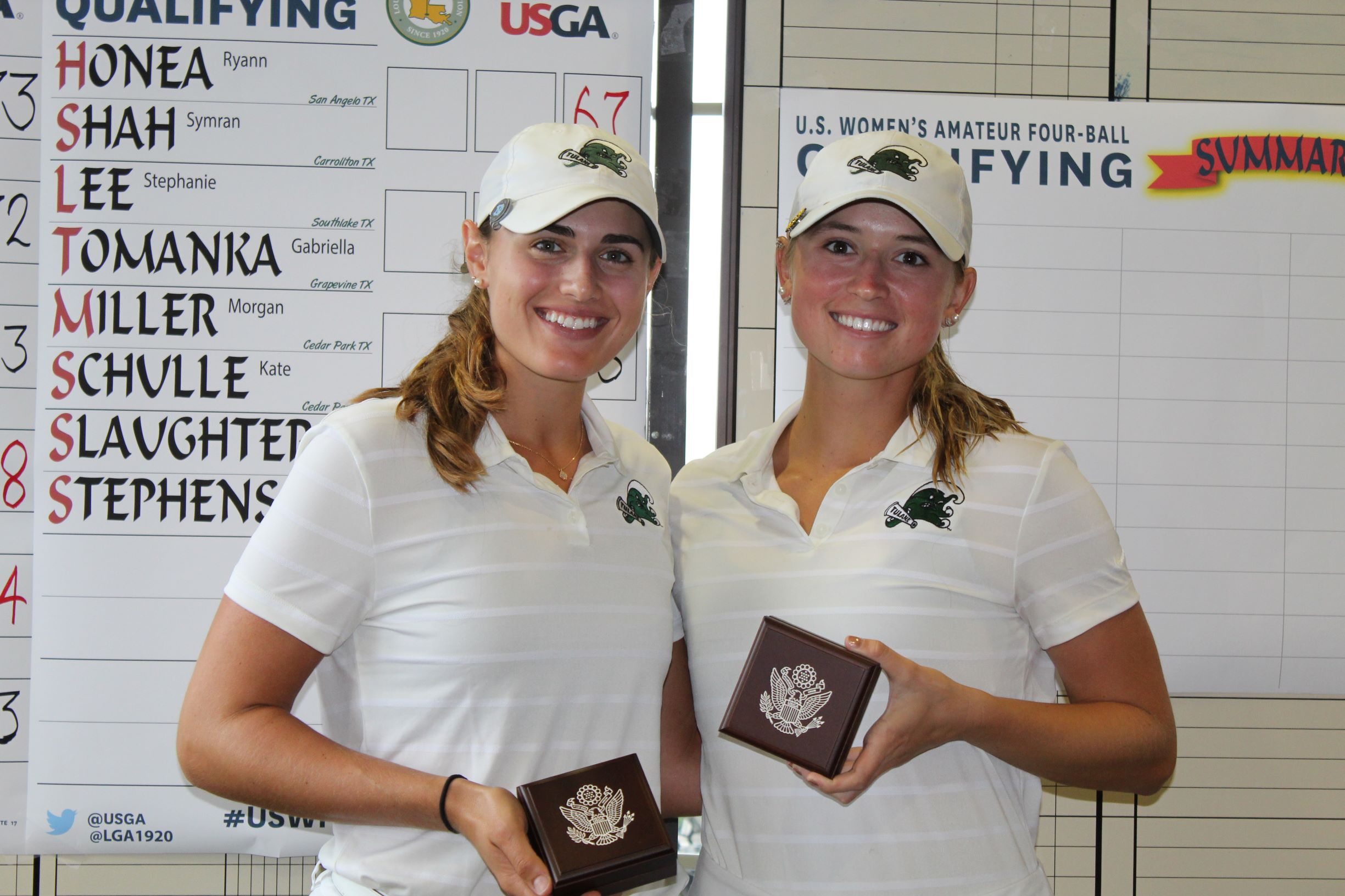 Beaver Creek Golf Course hosted the U.S. Women’s Amateur Four-Ball Championship Qualifier on Monday, October 14. The side of Haydyn Gibson of New Orleans, LA and Jennifer Rosenberg of Laurel Hollow, NY fired the low round of the day in rain-soaked conditions, an impressive bogey free eight-under par 64. Gibson and Rosenberg shot 31 on the front nine and 33 on the back nine. They will advance to compete in the championship proper, which will be conducted next spring at Quail Creek Country Club in Naples, Florida, April 25-29.

Gibson and Rosenberg, current collegiate golfers at Tulane University in New Orleans had eight total birdies on the day. Gibson contributed three birdies for the side on holes #1, #5 and #8, and Rosenberg had five birdies of her own on holes #3, #6, #11, #13 and #16. Their eight-under 64 lead to a three-shot victory over the sides of Ryann Honea of San Angelo, TX/Symran Shah of Carrolton, TX and Zoe Slaughter of Houston, TX/Allyn Stephens of Houston, TX. In the alternate playoff, the side of Honea & Shah emerged victorious on the second playoff hole with birdie.

It was a cool, wet October morning in south Louisiana, rain fell all throughout the round and temperatures stayed in the upper 60’s. Beaver Creek Golf Course played to a par 72 at approximately 6,080 yards for the qualifying round.