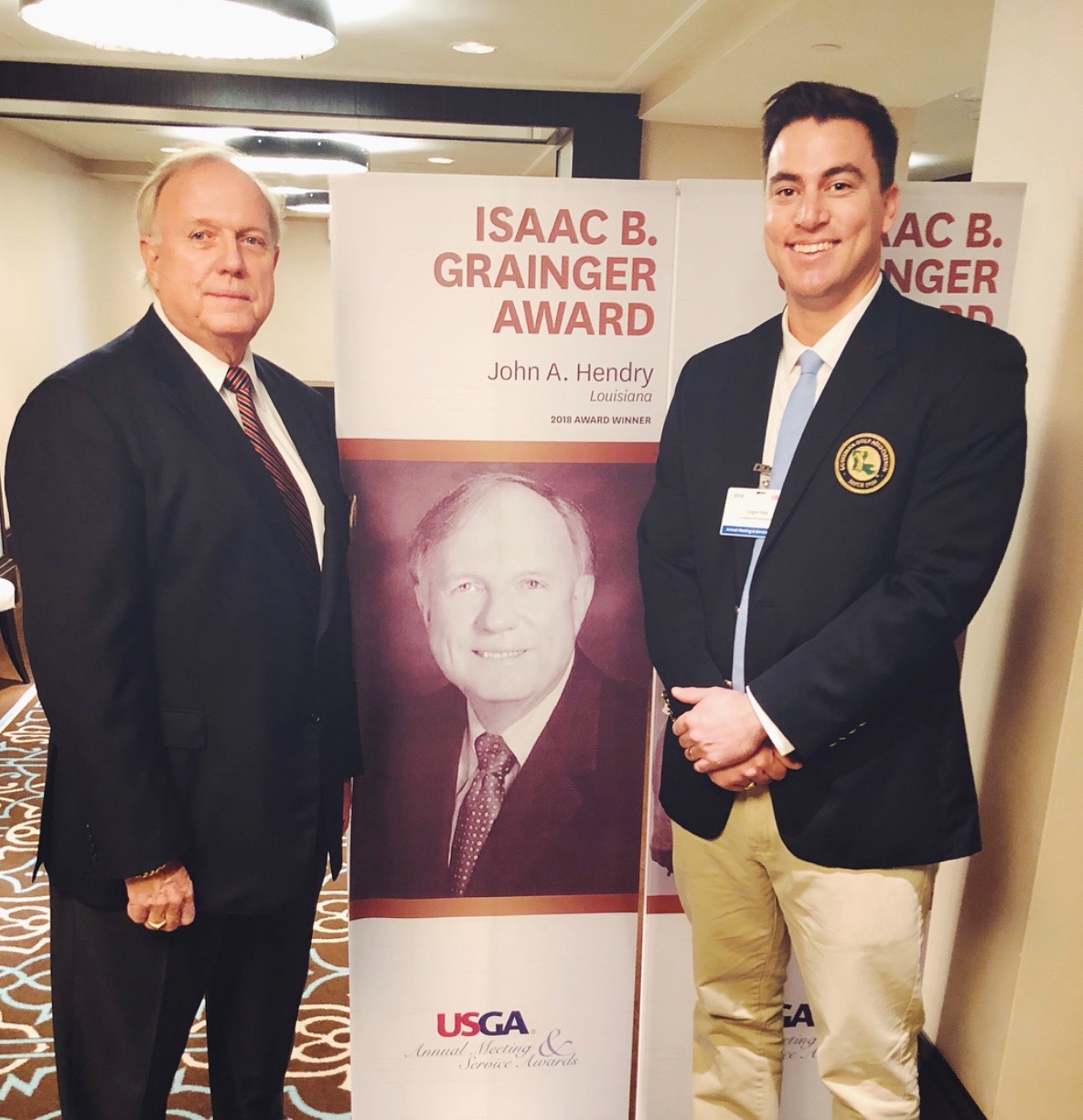 Lafayette, LA – John A. Hendry, D.D.S., of Lafayette has been named recipient of the Louisiana Golf Association’s Distinguished Service Award for 2020. The award was initiated in 1984 by the LGA to honor individuals who have contributed to the betterment of the game in Louisiana.

“I was fortunate throughout my professional career as a Pediatric Dentist to have a mentor who always encouraged me to “leave the woodpile a little higher,” said Dr. Hendry. “Early in golf I found that the principles behind the rules of golf could be incorporated into your own personal development and that those same core values could be used to help form the character of Junior golfers everywhere. As much as I enjoy playing the game, I quickly learned that the game of golf was the perfect vehicle to raise money for causes and charities in which I believed. Thank you for this wonderful recognition, I truly appreciate this honor.”

Dr. Hendry joins current LGA Director Mary Capouch of Mandeville as the only other Louisianan to receive the LGA’s Distinguished Service Award, the Gulf States PGA Barbato-Thomas Award for Service to Golf (2008) and the USGA Ike Grainger Award for a lifetime service to the USGA and the game of golf (2018). This “Triple Crown” of awards are a testament to the tireless work that Dr. Hendry has done on behalf of the game.

As mentioned above, Dr. Hendry is a Pediatric Dentist in Lafayette, Louisiana. He has been a member of LGA member club Oakbourne Country Club in Lafayette since 1983, and he served on the Oakbourne Board of Directors from 1994-2000. He served on the LGA Board of Directors from 2000-2008. He is the Founder and Chairman of the Louisiana Golf Foundation (2006), and he continues to support the Louisiana Junior Golf Tour through this foundation.

Dr. Hendry has served on the United States Golf Association Junior Championship Committee since 1994, and he has been a Rules Official at 20 USGA Championships. He has served as the Official in Charge of the U.S. Junior Amateur Sectional Qualifier for twenty-five years and counting.

Dr. Hendry graduated from Spring Hill College and he remains an active volunteer for his alma mater. He is the Chairman of the J. Patrick McNamara Endowed Scholarship at Spring Hill College, and he has served on the Athletic Board since 2004. In 2001 he was awarded the Spring Hill Ignatian Award (Highest Alumni honor given in recognition of community service in humanitarian acts with the ideals set forth by St. Ignatius Loyola).

Dr. Hendry’s professional resume and list of accolades is even more extensive than his work in golf. It is amazing that he finds the time to contribute as much as he does, but the community is certainly better for it.

“Dr. Hendry embodies the selflessness and stewardship that the LGA’s Distinguished Service Award is all about. He is a tremendous ambassador for the game, and he has helped advance golf in Louisiana for decades… from junior golf to the Louisiana Open to the USGA at the national level, Dr. Hendry has made a positive impact on and off the course. He continues to serve the game in a number of different ways and is most deserving of this award,” said LGA Executive Director Logan Ray. “We are proud to recognize Dr. Hendry for his incredible achievements and contributions to the game.”

Dr. Hendry was supposed to be honored with this award at the 29th annual LGA Mid-Amateur Championship at Le Triomphe Golf & Country Club this past August, but the event was cancelled due to COVID-19. Hendry will be presented with the award at a small luncheon at Oakbourne Country Club on Friday, October 16.