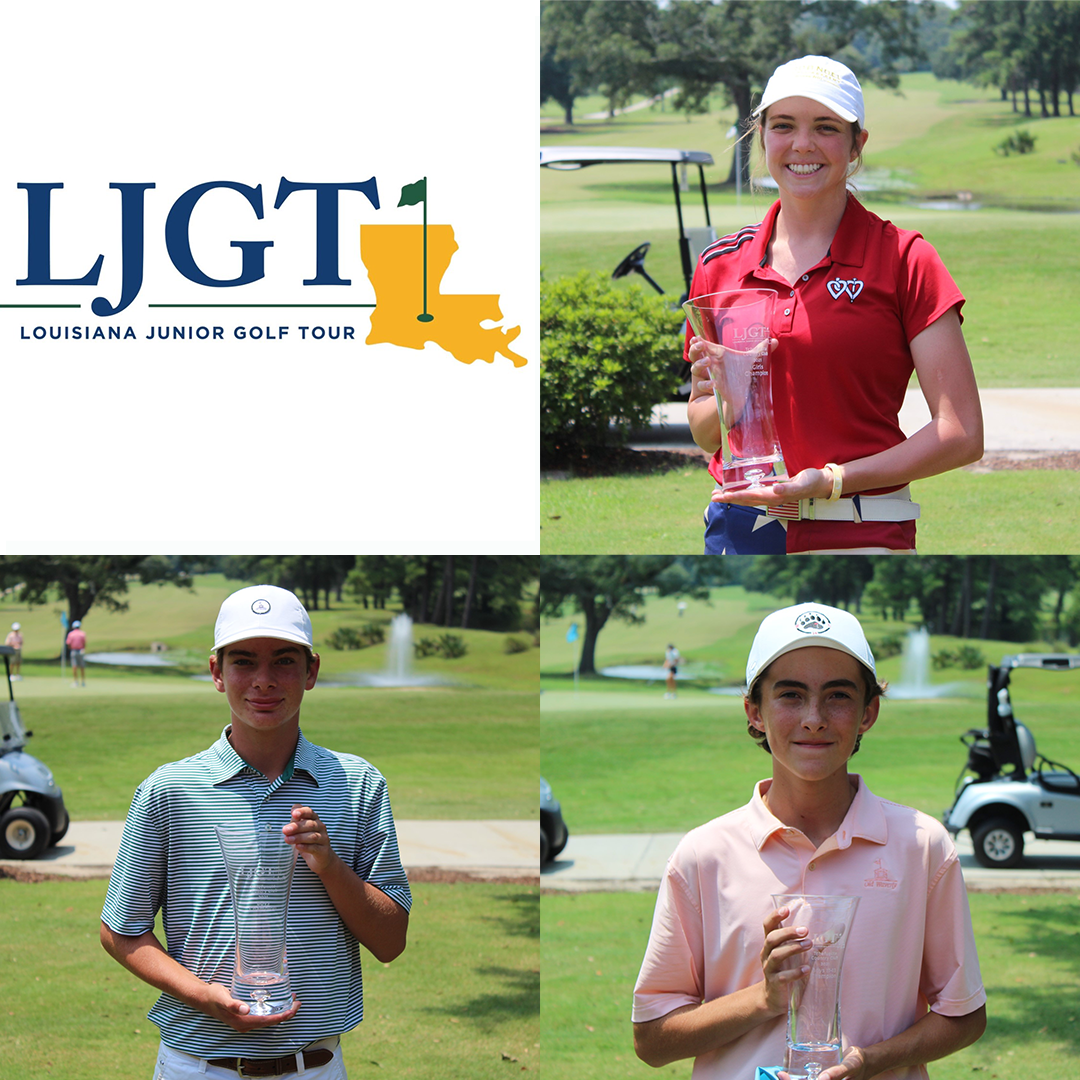 Ben Blanco of Broussard secures his first victory of the Louisiana Junior Golf Tour season after 38 holes to hold off Bryce Sutterfield of Broussard in the Overall Boys division at Tchefuncta Country Club. Blanco led after the first round with three-under par 68 and backed it up with an even par 71 to finish the tournament with a three-under par 139. Blanco’s clutch birdie on the par-5 hole 18 forced the playoff with Sutterfield which eventually went to two holes. Both holes of the two-hole playoff were played on the par 3 hole 1, playing at 163 yards. Sutterfield nailed a 30 foot putt from off the green to force the second playoff hole and then Blanco took home the title after hitting his tee shot to 5 feet on the 38th hole and capping the win off with a birdie. Finishing third behind Sutterfield was Patrick Blaum of Covington shooting a one-under par 141 for the tournament. With this win, Blanco becomes the youngest winner of the LJGT Season this year with him also taking home the 15-and-under medalist.

Cassidy Lambert of Gretna takes home the championship in the Overall Girls’ division in her first LJGT start since her LGA Junior Amateur Championship win last month. Lambert shot a four-over par 146 for the tournament, including the low round in the division (even par 71), to run away from the field. Sarah Meral of Abita Springs and Hannah Pitre of Prairieville finish second and third respectively after a scorecard playoff gave Sarah Meral the edge with her final round two-over par 73 in the final round. Meral and Pitre both finished with a twelve-over par 154 for the tournament to force the scorecard playoff. Logan Heltz of Abita Springs won the Boys’ 11-13 Division while shooting the two lowest rounds of the tournament, a five-under par 66 on the first round and a four-under par 67 in second round. Heltz nine-under par total of 133 was more than enough to hold off the field to win his first LJGT event of the season. Hudson Greene of Bossier city takes second place honors while being the only other player in the 11-13 Boys division to shoot under par in any of the rounds with his one-under par 70 on the final day to cap off his one-over par 143 for the tournament.

The LJGT at Tchefuncta was the first LJGT event all year to not experience a delay during the tournament. Both days saw sunny skies and 90-degree heat with a slight breeze.