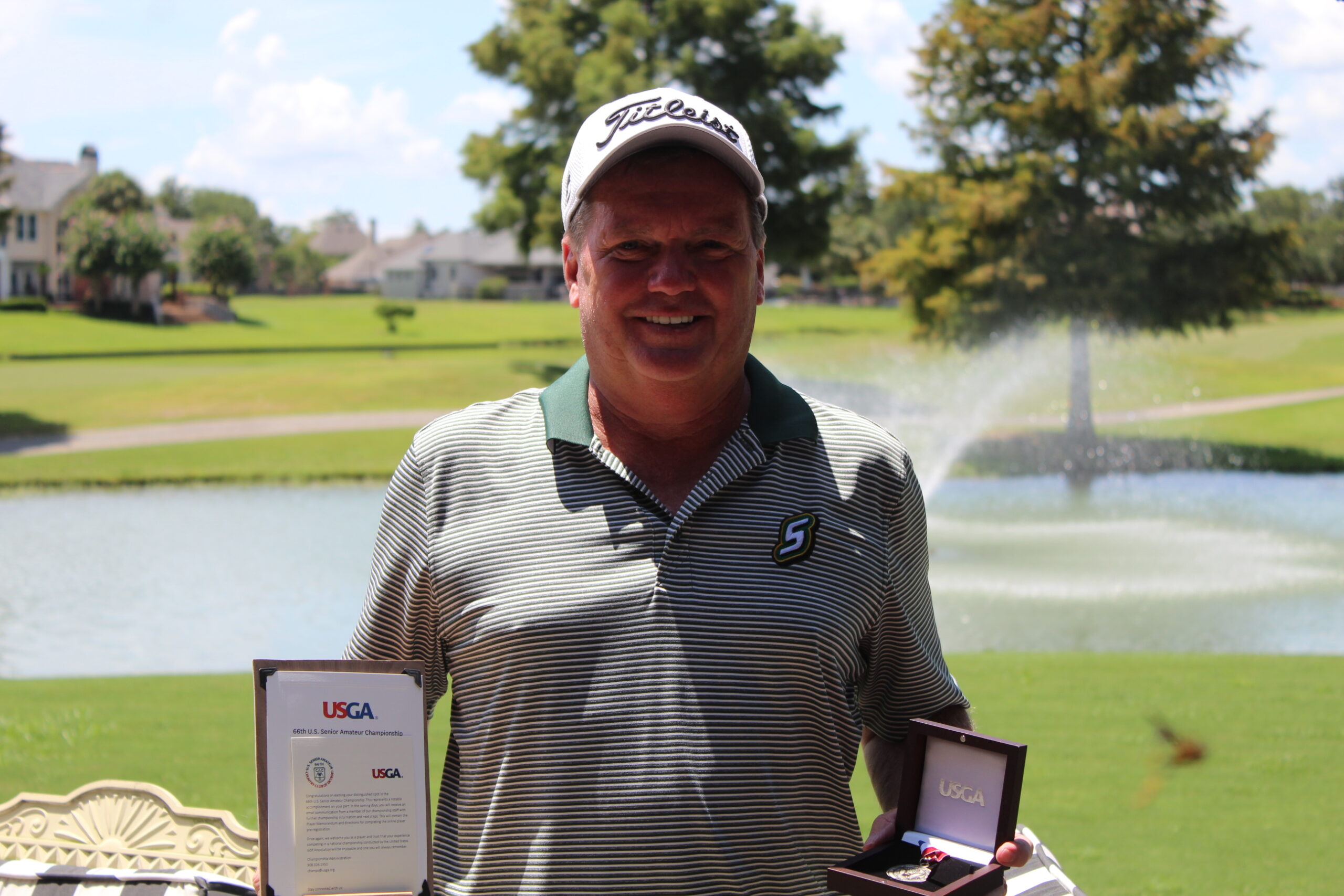 Kevin Hubbs of Denham Springs carded a one-over par 73 on Tuesday to capture medalist honors at the U.S. Senior Amateur Championship Qualifier, conducted by the Louisiana Golf Association (LGA) in association with the USGA, at Le Triomphe Golf & Country Club. Hubbs got off to a hot start with a birdie at the par 5 1st hole (528 yards), but that was the only bright spot on his front nine. He made two bogeys (holes #2 and #6) and one double bogey (hole #4) en route to a 39 on his first nine holes. Hubbs stumbled again on the back with a bogey at the par 4 10th hole, but that would be his last mistake of the day. He made three consecutive pars and then a birdie at the par 5 14th hole. Hubbs made another par at the par 4 15th hole. When he stepped on the 16th tee, he was three-over par on the day and one shot off the lead. That’s when Hubbs hit the shot of the day and made an incredible hole-in-one to take the lead. The ace was struck with a 7-iron and the hole played 158 yards. Hubbs finished with back-to-back pars for a memorable 73. He now advances to the Championship proper at The Country Club of Detroit, August 28-September 2.

The Robert Trent Jones, Jr.-designed Le Triomphe golf course, played to a par of 72 at 6,805 yards on Tuesday. Le Triomphe is a multi-decade host of the Louisiana Open, and it has also hosted numerous Louisiana Golf Association Championships.

The USGA accepted a record 2,565 entries for the 2021 championship. 37 players were exempt into the Championship proper, leaving 119 qualifying spots available for non-exempt competitors. The Country Club of Detroit was founded in 1897 and the golf course opened in 1912. It will play to a par 72 at approximately 6,887 yards. The same architect that designed Le Triomphe, Robert Trent Jones, Jr., also renovated CC of Detroit in 1996. August 12 is the last day of qualifying in the country. All 156 competitors will play 36 holes of stroke play on August 28-29, with the low 64 players advancing to match play August 30-September 2.