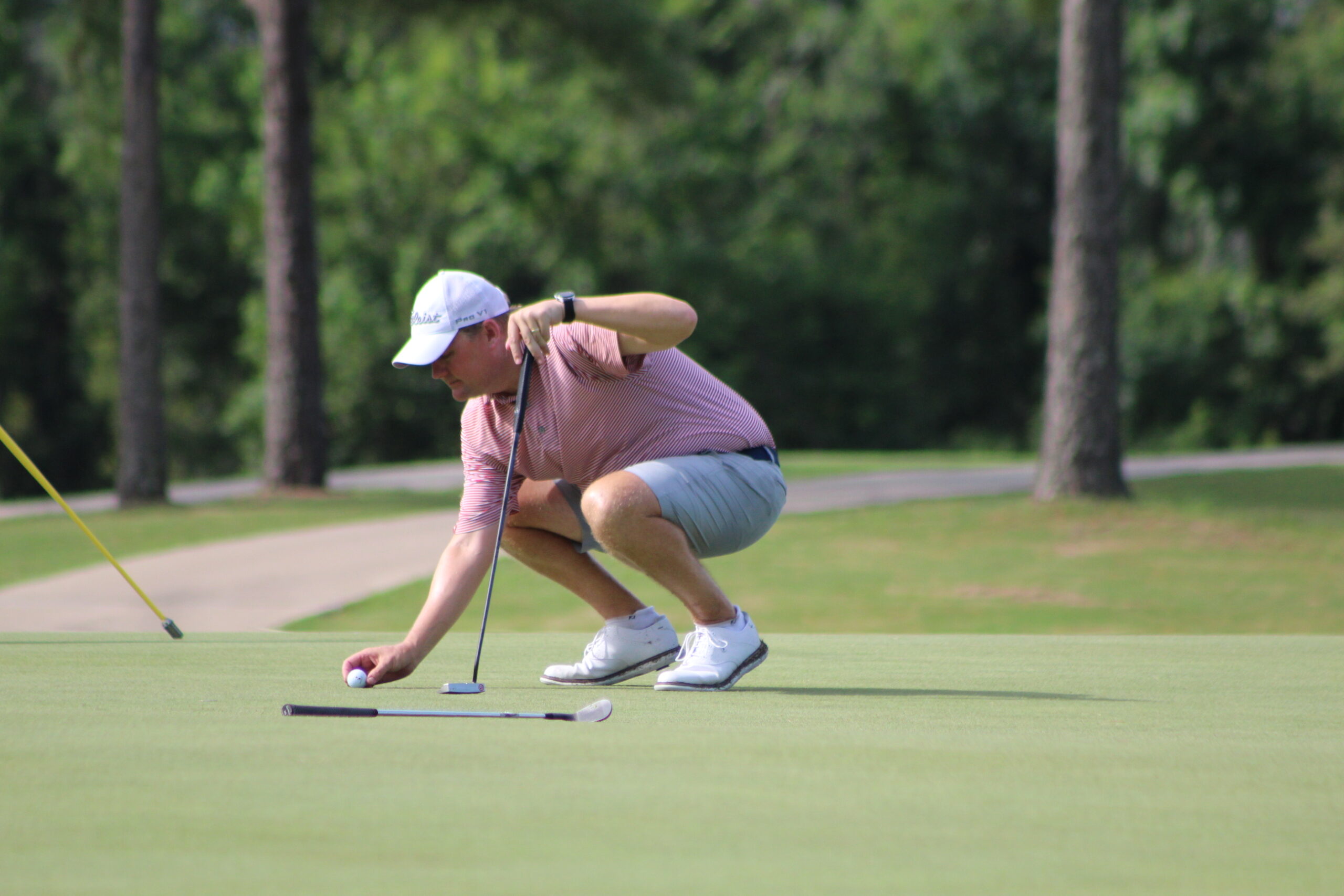 Four-time Champion Patrick Christovich of New Orleans is once again in familiar territory atop the leaderboard at the Louisiana Mid-Amateur Championship following a first round six-under par 65. Christovich won four consecutive Mid-Amateur Championships from 2010-2013, and he is also a three-time runner-up (2015-17). He started his round on the 10th hole in the morning wave of tee times, and he was four-under par at the turn, making birdies on holes 12, 15, 16, and 17. Christovich’s final nine holes started in fantastic fashion with an eagle at the par 5 1st hole (583 yards). His only mistake of the day occurred at the par 4 2nd hole where he made a bogey. His fifth birdie of the day came at the par 4 6th hole. Christovich will tee off hole #1 at 12:45 PM on Saturday. With 36 holes remaining, it is going to take a Herculean effort for Christovich to stave off the impressive field of competitors en route to a fifth title.

One shot behind Christovich at five-under par is Greg Berthelot of Baton Rouge. Berthelot lost in a playoff and finished runner-up the last time the Louisiana Mid-Amateur Championship was conducted in 2019 at Squire Creek Country Club. He is playing great golf this summer, having finished runner-up in the 102nd Louisiana Amateur Championship a few weeks ago where he carded a final round 63. Berthelot shot 36 on his front nine and an incredible 30 on his final nine holes. He made nine birdies and four bogeys on Friday. Three competitors are currently tied for third place after rounds of four-under par 67: 2009 LGA Mid-Amateur Champion Matt Nicholas of Lake Charles, Mike Stackus of Zachary, and Andrew Noto of Metairie. Nicholas started on #10 and shot 34-33 with zero bogeys and birdies on holes 15, 5, 6, and 9. Stackus started on #1 and shot 33-34 with one bogey at the par 4 17th hole. Noto shot 33-34 with seven birdies on the day. A total of 15 competitors finished under par on Friday.

The Tom Fazio designed Contraband Bayou course played to a par 71 at approximately 6,823 yards on Friday. The course took on over an inch of rain on Thursday, but the maintenance staff led by superintendent Kevin Belle worked tirelessly to get it in championship condition and it drew positive reviews from competitors. Contraband Bayou is hosting the Louisiana Mid-Amateur Championship for the first time in its history, and it will also host the U.S. Mid-Amateur Championship Qualifier on Monday.

Starting Times will begin again at 7:30 a.m., off both #1 and #10 tees on Saturday. The field will be cut to the low 60 scorers and ties following 36 holes for Sunday’s final round.