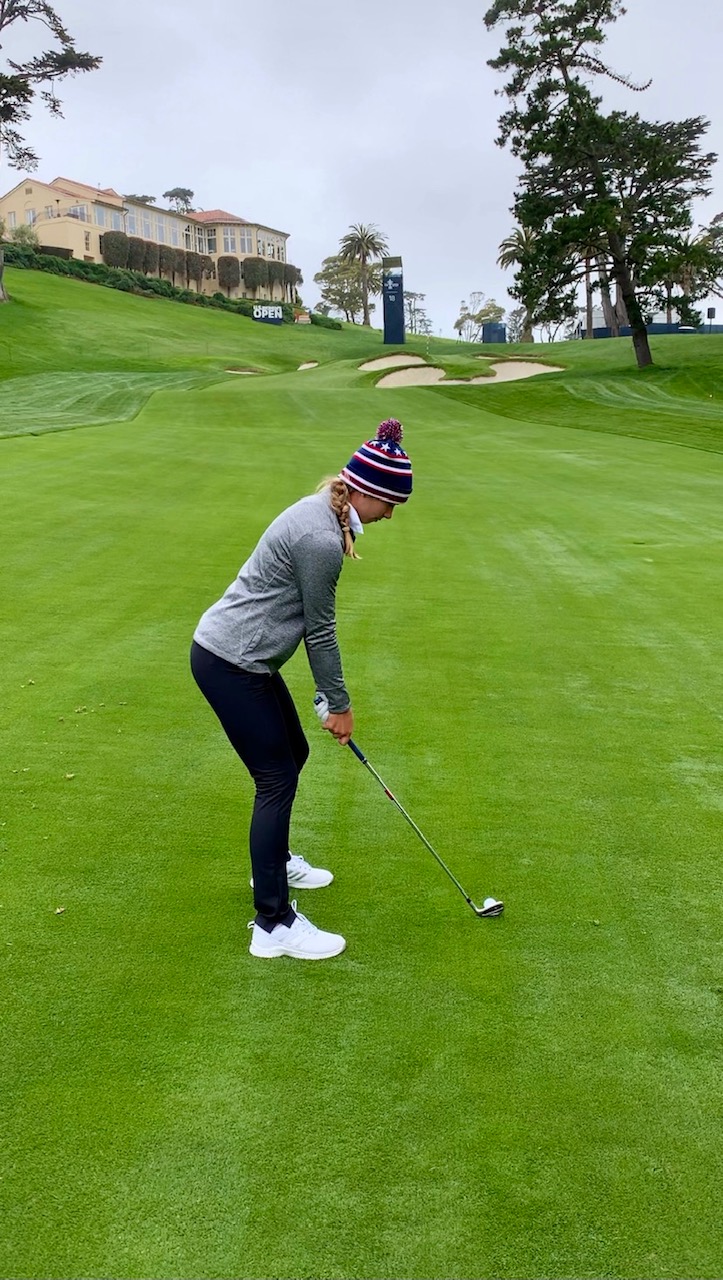 Qualifying for a US Women’s Open is a grueling process. Fighting trying conditions in rainy spring weather, your game has to remain sharp for a long 36-hole day. On April 29, 2021, I shot a bogey-free 7 under to advance to the Olympic Club for the 76th US Women’s Open.

Bogey free rounds in and of themselves are special to any golfer, but to have them back-to-back to earn my way onto the biggest stage in women’s golf is something I will never forget.

Fast forward a month to a plane ride from New Orleans to San Francisco and my first US Women’s Open week has begun. After picking up my courtesy car and player badge I made my way to the course. My first shock came from the weather shift of hot and humid Louisiana to a cool and windy California. Olympic Club is set between the San Francisco Bay and the Pacific Ocean, explaining the thick marine layer that rolled across the golf course to greet me. My first glance at the test of golf I was about to encounter came from the large windows in the dining area that overlook the course. Huge cypress trees loomed over the tight fairway and pristine bunkers that guarded number 18. Little did I know one of those massive trees is where one of my shots on Thursday would find a home, only to be released during the next windy storm as a member mentioned later that week. As I took in the view from the clubhouse windows, where I was and what I was there to do finally set in.

The following days of practice and preparation included acclimating to the weather, reduced carry distances, quick greens, and most of all the never-ending rough. It also took a day or two to adjust to looking up from a putting drill to see Michelle Wie or Jessica Korda at the hole next to me. My college coach, Charlie Ewing, was on the bag for the week and his wife, Ally Ewing, a former Mississippi State All American and current LPGA player, was an amazing mentor throughout the week. The practice rounds were spent debating shot shapes for the fairways that endlessly trickled into the rough, finding the few acceptable misses around the greens, and getting comfortable on the 12.5 stimped putting surface. By Wednesday, a game plan was established and it was finally time to tee it up.

Thursday morning, I stepped onto the first tee as I had seen so many of my idols do on TV in years past, but this time I listened to the announcer say my name. Filled with nervous excitement I hit the first drive of the week and walked down the fairway. The rounds on Thursday and Friday were far from perfect as I spent a lot of the holes in the penalizing rough and short sides of greens. Throughout the week I acknowledged the mental and physical challenges of a US Open that simply cannot be observed from a TV. The trying conditions exposed even the slightest doubt or mishit, requiring shots at only the highest level to find success. Whether it was nerves or simply an off week of ball striking, there is no denying that my play did not reach my expectations or desires. However, I walked off the course on Friday with not only lessons learned but a determination and fire to be back.

The Olympic Club proved to be an exceptional test of golf that exemplified what a US Open should be. The event was a privilege to compete in and though my golf game during the week fell short in some regards, my first US Women’s Open was nothing short of the best week of my life.