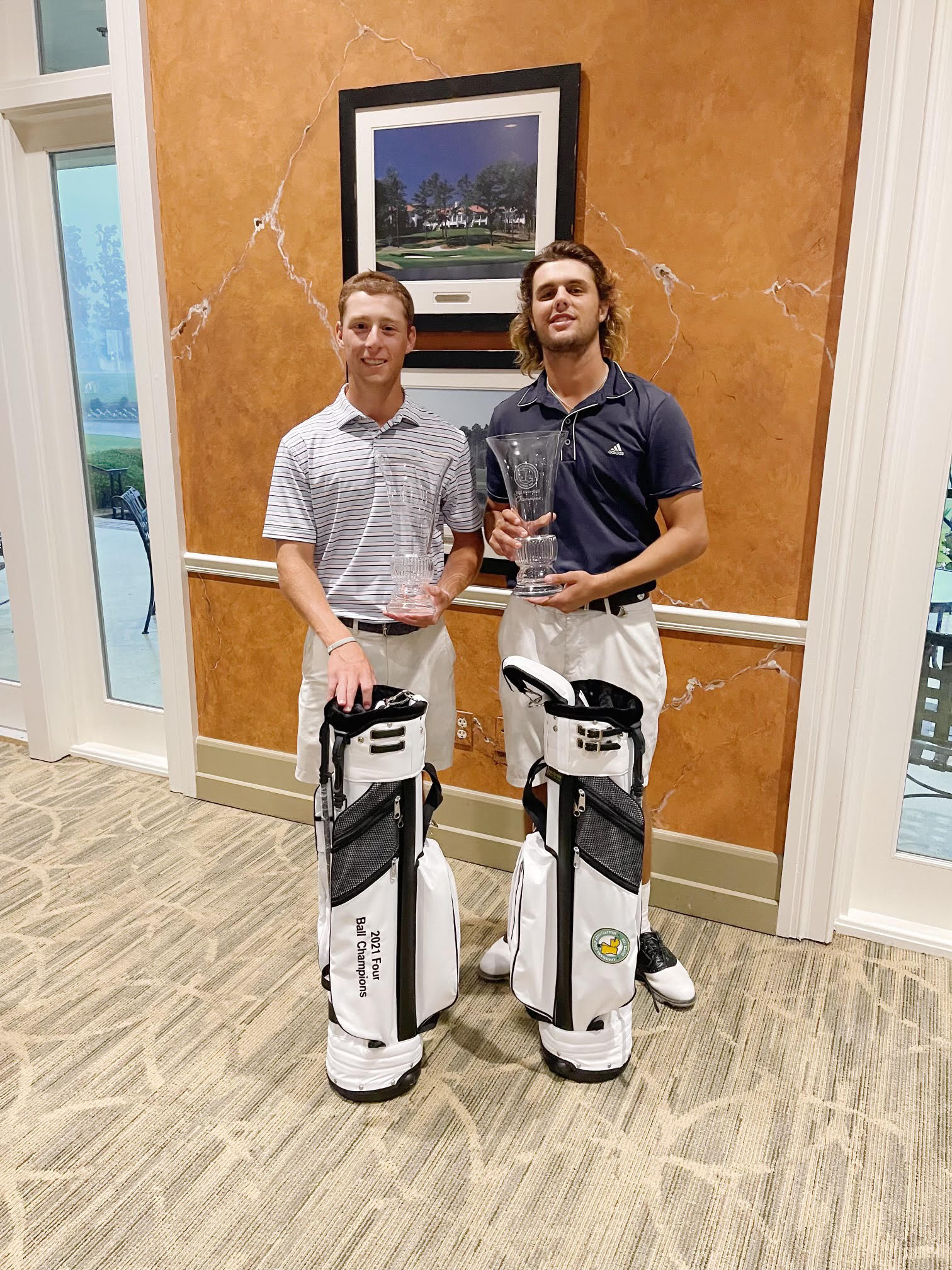 Barreca and Glorioso shot a blistering nine-under par 63 on Saturday over the fast-and-firm, 6,824-yard layout, taking a one-shot lead into Sunday’s final round against many of Louisiana’s top amateur golfers. On Sunday, when lightning and thunder rolled into the area at about 5 p.m., the duo had fallen off the pace and were six shots behind the team of Andrew Noto of New Orleans and Patrick Christovich of Metairie.

Noto and Christovich seemed to be cruising to a come-from-behind victory, birdieing 10 of the first 15 holes Sunday before play was suspended at 5:06 PM. They were at 16-under for the tournament at the time, four shots ahead of brothers Ben Dupont of Lafayette and Douglas Dupont of Monroe.

However, because the full field of 96 teams – a record for the event – was unable to complete the round, the LGA reverted to Saturday’s scores only and named Barreca and Glorioso the 2021 champions.  The size of the field prevented the Tournament Committee from being able to declare two 9-hole stipulated rounds on Sunday.  A split tee start on holes #1 and #10 in morning and afternoon waves means that not every golfer plays the same 9 holes to begin their round and thus a 9-hole stipulated round is not possible.  Mother Nature unfortunately forced the cancellation of some incredible rounds of golf on Sunday.

“Andrew played great yesterday, and that freed me up to hit some shots I normally might not hit,” said Glorioso, who recently joined the golf team at Southeastern Louisiana in Hammond. “But we’re disappointed we didn’t get to play the full tournament.”

“We got off to a good start (Sunday), but we hit it in the water on the (par-4) 4th hole and kind of started to struggle from there,” added Barreca, a student at Texas A&M.

The teams of Jake Marler of Shreveport and Eli Ortega of Broussard and Kyle Bennett of Zachary and Grayson Gilbert of Monroe finished tied for second after shooting 8-under 64s on Saturday.

OF NOTE: The shot of the tournament came Sunday on the par-3 third hole, where Clinton Shepard of Lafayette holed his tee shot with a 7-iron from 180 yards … Past champions of the LGA Four-Ball Championship include former LSU All-American golfer and PGA Champion David Toms and PGA Tour winners Brian Bateman and Mike Heinen.