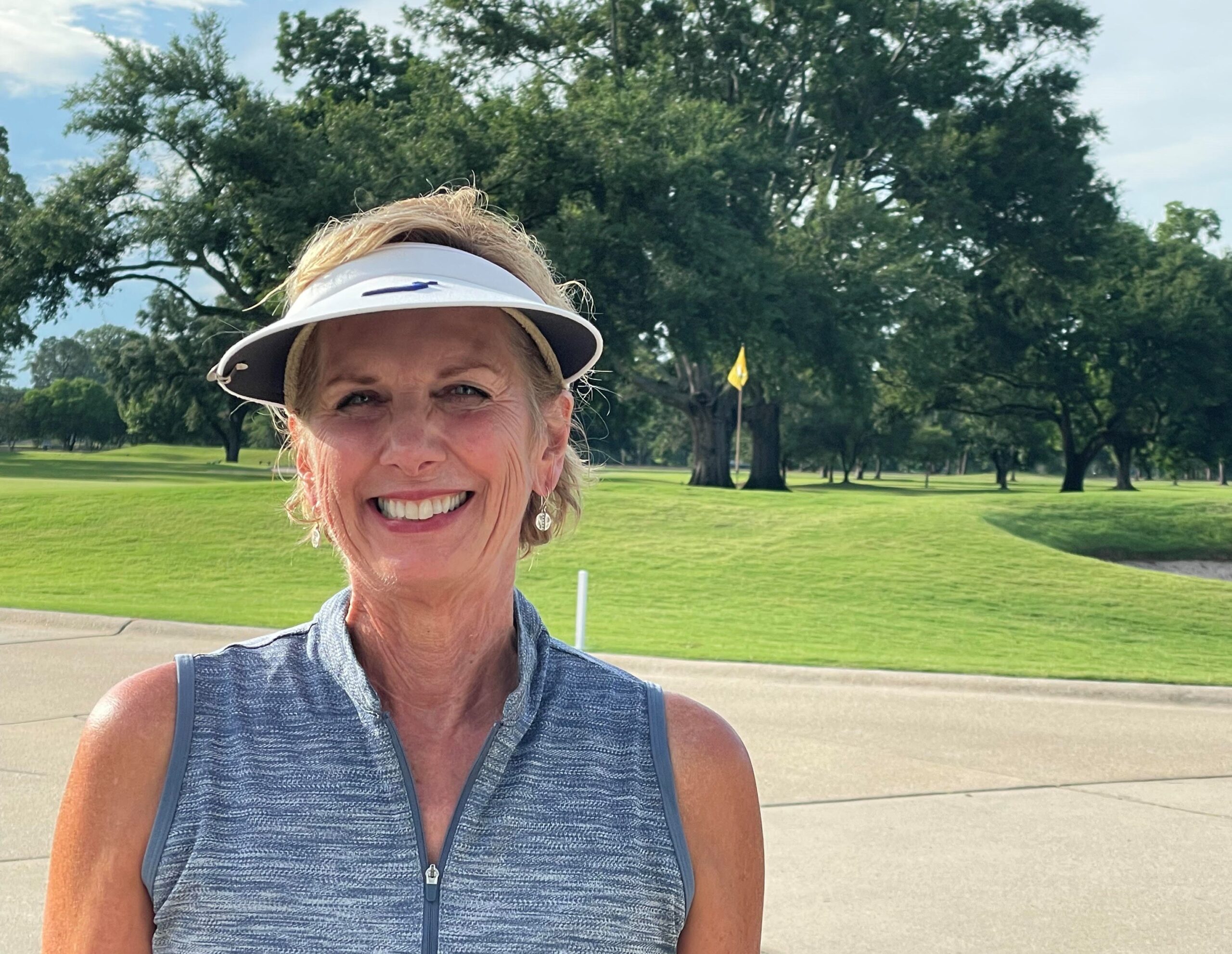 It was an incredible day of golf at Bayou DeSiard Country Club, with the best amateurs in the state competing at a high level over two rounds of match play.  The day started with a 16 seeded bracket, and when the dust settled, only 4 players remained with a shot at winning the 93rd Louisiana Women’s Amateur Championship.  Tuesday’s Semifinal Matches are set and sure to be competitive.  The battle of the juniors will be Sarah Meral of Abita Springs vs. Sophia Macias of Denham Springs.  Meral upset #1 seed Daozeng Liu of New Orleans 2 & 1 in the Quarterfinals.  The 13-year-old Macias played phenomenally on Monday, winning both of her matches in dominating fashion, 7 & 5.  Neither Macias or Meral trailed in their Quarterfinal matches.  The other Semifinal Match is between Kaitlyn Montoya of Shreveport and Brooke Tyree of Sulphur.  Montoya is a rising sophomore at the University of Louisiana at Monroe and Tyree is a rising senior at Texas A & M.  Montoya defeated Sarah Knight of Sterlington 3 & 1 in the Quarterfinals and Tyree won her Quarterfinal match against Reese Drezins of Slidell 2 & 1.

Marge Richters of Monroe and Carla Thompson of Woodworth will face off in the Finals of the First Flight Championship.  Richters defeated Christina Popp of Lafayette 4 & 2 in the Semifinals while Thompson won her Semifinal match 5 & 4 over Chris Stoute of Westlake.  Debbie Magee of Bossier City and Sandy Renner of Winnsboro cruised to the finals in Second Flight after 5 & 3 victories on Monday afternoon.  Karen Haik of Calhoun defeated Cynthia Griffin of Alexandria 3 & 2 to win the Third Flight Championship.

It was a hot, humid north Louisiana summer day with temperatures approaching the upper-80’s by mid-morning.  The Perry Maxell designed Bayou DeSiard Country Club course was in excellent condition and played to a par 72 at approximately 6,200 yards for the qualifying round.  Play was suspended due to a dangerous situation (lightning) at 4:25 PM and resumed shortly after at 5:02 PM.