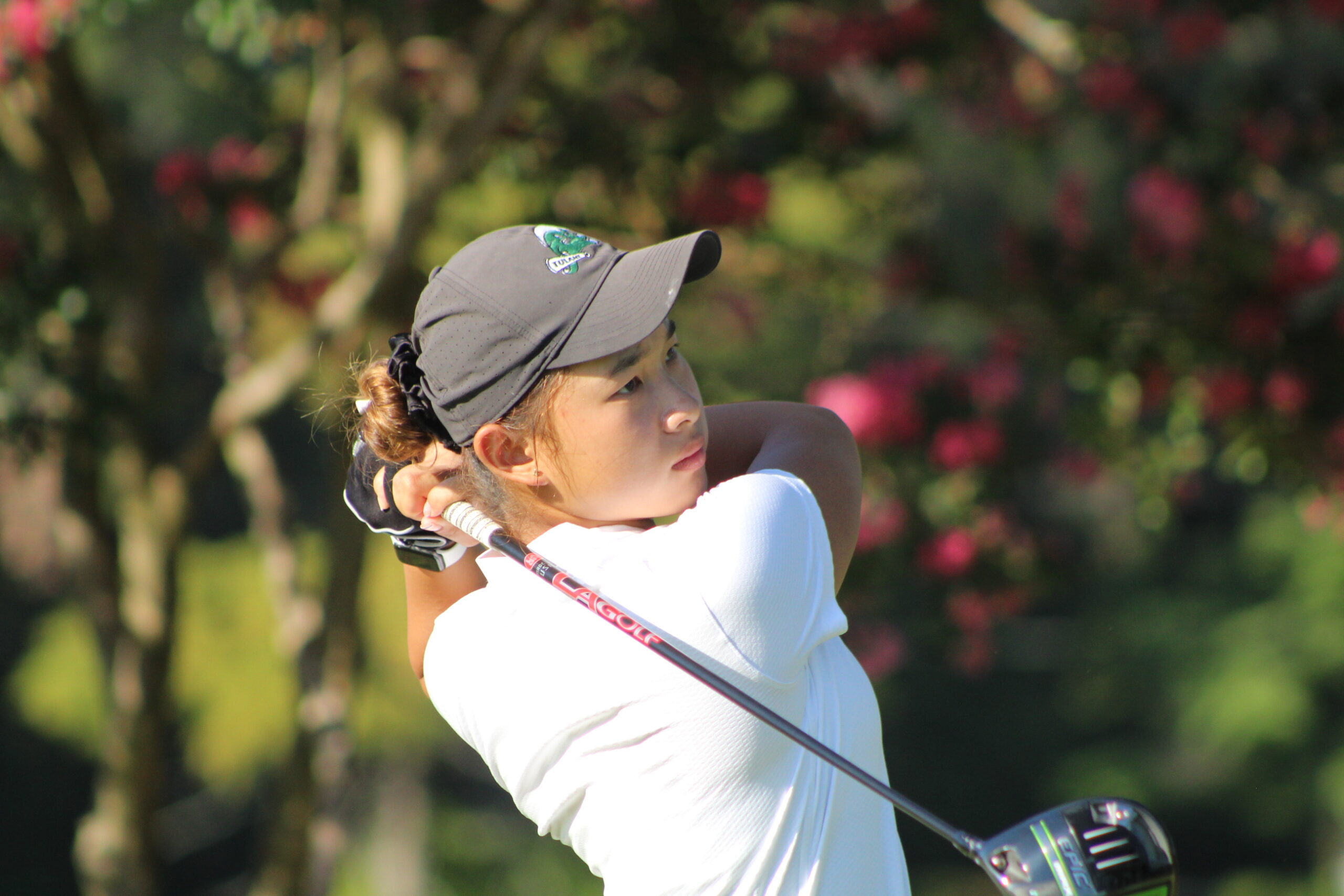 Daozeng Liu of New Orleans captured medalist honors in the stroke play qualifier for the 93rd Louisiana Women’s Amateur Championship on Sunday at Bayou DeSiard Country Club.  The low scorer in the qualifying round receives both the number one seed in the Championship Match Play bracket and the Allee B. Chatham Medalist trophy.  Liu, a member at English Turn Golf & Country Club and rising sophomore at Tulane University, carded an even par 72.  She made ten consecutive pars to start her round before making a bogey at the par 4 11th hole.  She responded with back-to-back birdies at the par 4 12th and 13th.  Liu made par on the next three holes, and bogeyed the par 3 17th hole.  Her round finished as it began, with a solid par, bringing her back 9 total to 36.  Liu is originally from Shanghai, China, and this is her first time competing in the LGA Women’s Amateur Championship.

Liu is looking to become the second golfer connected to the Tulane women’s program to win this event.  Last year’s Champion, Lisa Bisset, is a former assistant coach for the Green Wave, but she has since moved out of state and is ineligible to defend her title.  The results of the stroke play qualifier determined the seeding for the 16 players in the Championship Flight.  Sarah Knight of Sterlington and Brooke Tyree of Sulphur finished with a score of two-over par 74.  Knight grabs the second seed with the scorecard playoff tiebreaker.  Tyree, the 2019 Chatham medalist, will be the third seed, while Sophia Macias of Denham Springs earns the #4 seed with a 76.

Click here to see the official brackets for the Championship, and subsequent Flighted Championships.

It was a hot, humid north Louisiana summer day with temperatures approaching the upper-80’s by mid-morning.  The Perry Maxell designed Bayou DeSiard Country Club course was in excellent condition and played to a par 72 at approximately 6,200 yards for the qualifying round.