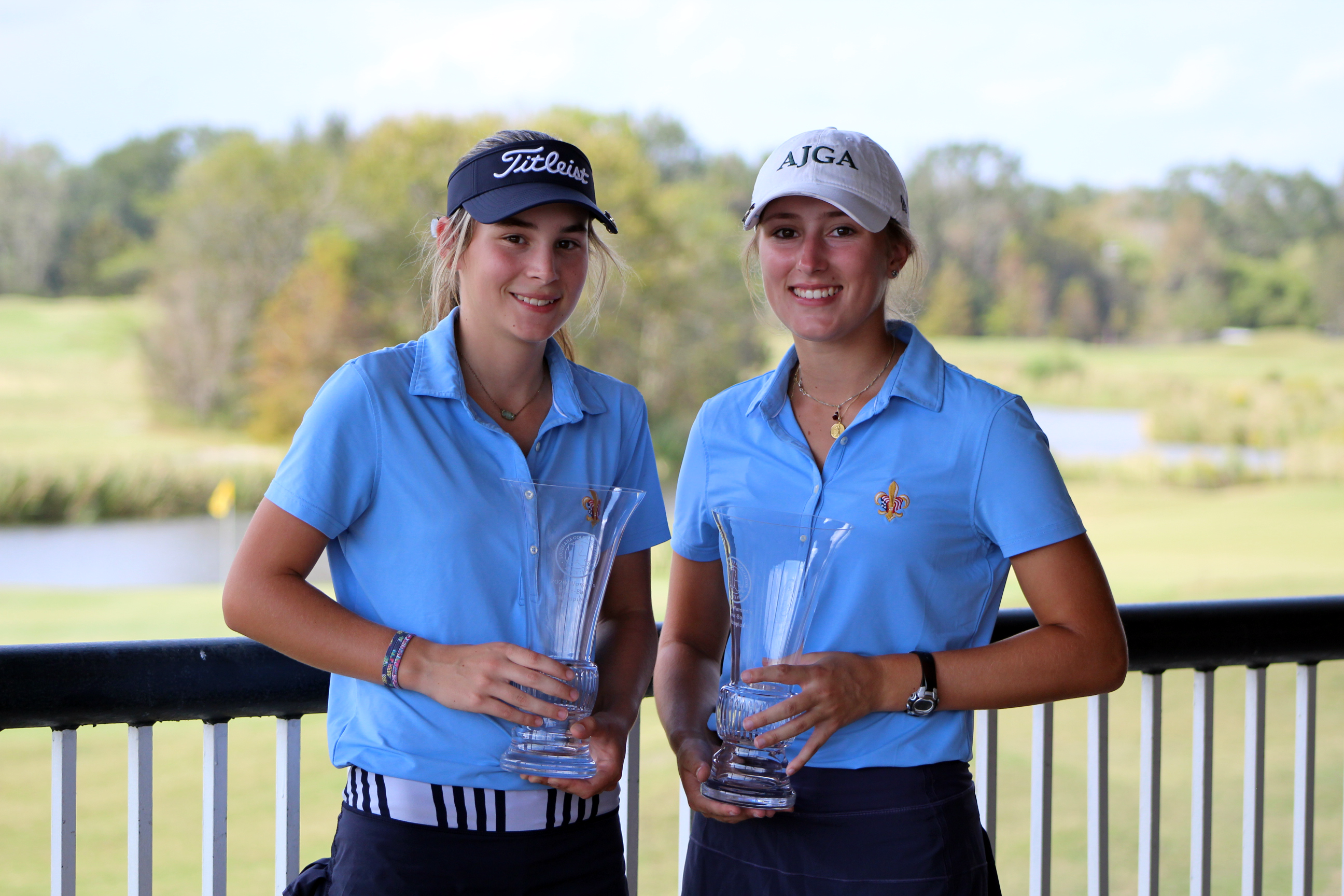 Sarah Meral of Abita Springs and Liza Lapeyre of New Orleans continued their stellar play after an opening round of nine-under par 63 with a final round of six-under par 66. Lapeyre and Meral had an incredible fourteen birdies, one eagle and one bogey for the entire Championship. Penny Autenreith of New Orleans and Connie Bousquet of Mandeville finished tied for second with Christina Popp and Lauren Aillet of Lafayette

The LGA also conducts a Net division in its Women’s Four-Ball Championship in which all teams were pre-flighted based upon the October 1, 2020 World Handicap System revision. Per the USGA recommendations for players in a four-ball stroke play competition, course handicaps were adjusted to a 95% handicap allowance. Ariana Blagrove of Slidell and Victoria Stephens of Harahan were the First Flight Champions with a net score of two-under par 142. Other Flight results:

It was a picture-perfect day in Patterson, with temperatures reaching the upper 70s. The Atchafalaya Golf Course played to a par of 72 at approximately 5,400 yards on Sunday.