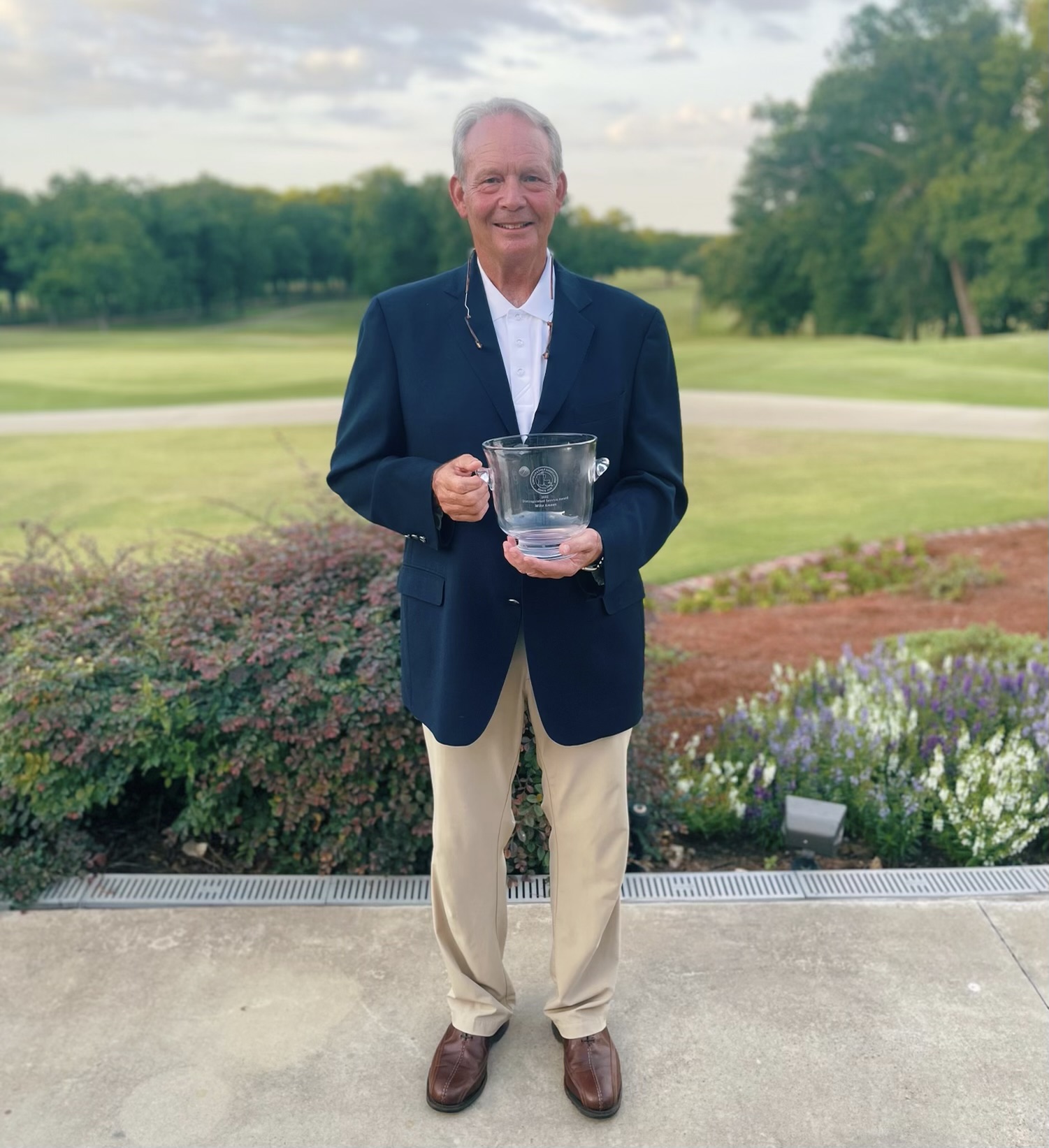 Mike Ameen of Shreveport has been named recipient of the Louisiana Golf Association’s Distinguished Service Award for 2022. The award was initiated in 1984 by the LGA to honor individuals who have contributed to the betterment of the game in Louisiana. Ameen was honored with the award at the 65th Louisiana Junior and 56th Louisiana Girls’ Junior Amateur Championships annual dinner on Tuesday evening, July 5 at East Ridge Country Club in Shreveport.

“The game of golf has been a source of pure enjoyment throughout my adult life and therefore I was blessed when I was asked several years ago to serve on the LGA Board,” said Ameen. “My service on the board has allowed me to give back in a small way to the game that has been so good to me. It has been a privilege to work with two wonderful Executive Directors, Carr McCalla and Logan Ray and many outstanding board members. It is truly an honor to be recognized by my peers for this award and I am deeply humbled.”

Ameen’s selection is a testament to the tireless work that he has done on behalf of the game. He served on the LGA Board of Directors from 2005 to 2012 and held the position of President from 2010 to 2012. After departing for a term as required by the LGA by-laws, Ameen was once again called to serve on the LGA Board of Directors from 2016 to 2022. It was clear that the LGA needed a progressive leader during a time of transition into a new era of golf in Louisiana, and Ameen was the one the association called on to lead the charge. He was elected President and re-elected to close out his final four years on the LGA Board and served in that role fervently from February 2018 – February 2022.

“Mike embodies the selflessness and stewardship that the LGA’s Distinguished Service Award is all about. He is a tremendous ambassador for the game, and he has helped advance golf in Louisiana for decades… from junior golf to the LGA’s unification with the Louisiana Women’s Golf Association, Mike has made a positive impact on and off the course. His exceptional leadership, business acumen, and forward-thinking abilities were tremendous assets for us during his time as LGA President. He continues to serve the game in a number of different ways and is most deserving of this award,” said LGA Executive Director Logan Ray. “We are proud to recognize Mike for his incredible achievements and contributions to the game.”

Ameen’s professional resume and list of accolades is even more extensive than his work in golf. It is amazing that he finds the time to contribute as much as he does, but the Louisiana golf community is certainly better for it. He is a graduate of Centenary College of Louisiana with a Bachelor of Science Degree in Accounting. He is a Certified Public Accountant and is a member of the American Institute of Certified Public Accountants and the Louisiana Society of CPAs. He has over 40 years of experience in financial reporting, treasury, finance and risk management. Ameen currently sits on the board of several closely held companies.