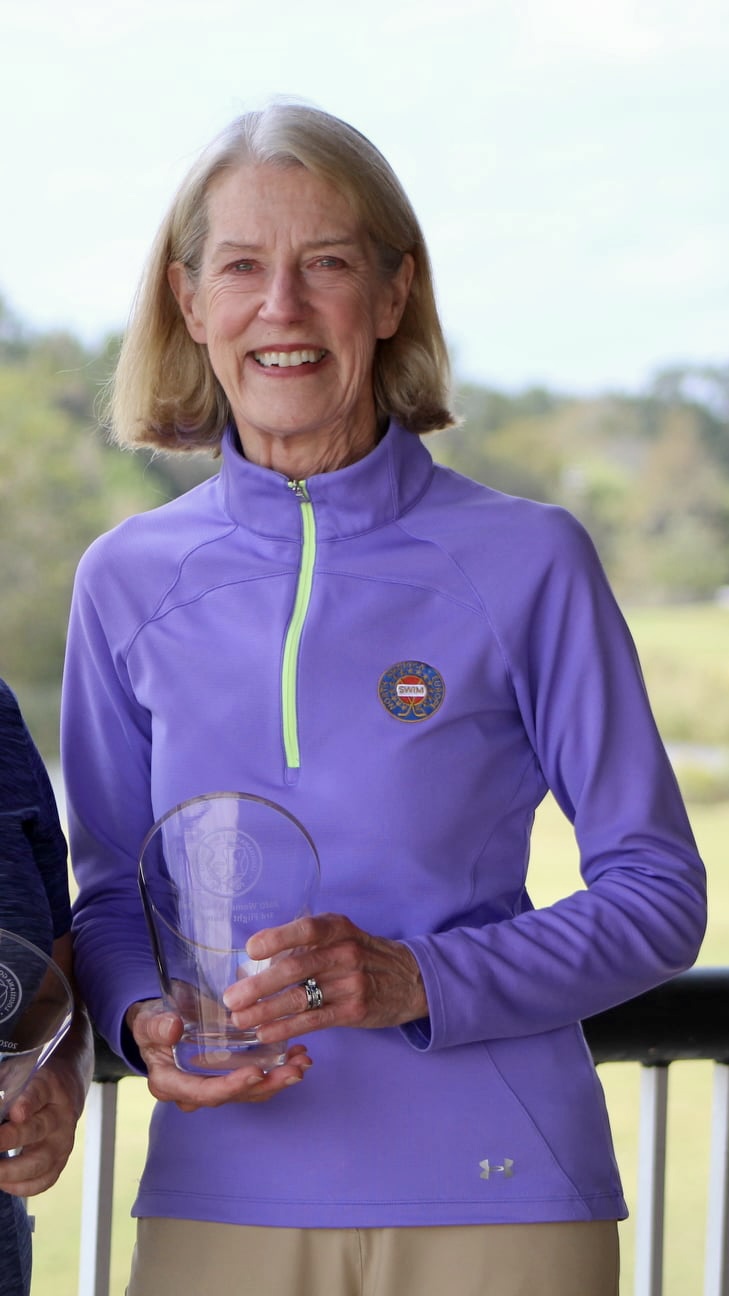 It is a historic day for golf in Louisiana. Mary Capouch of Mandeville, Louisiana, has officially begun her two-year term as president of the Louisiana Golf Association (LGA).  She was elected president at the LGA’s Board of Directors Meetings on October 23, 2021.  Following the adjournment of the LGA’s Board meeting on Saturday, March 5, 2022 at Oakbourne Country Club in Lafayette, Capouch officially took the reins from past president Mike Ameen of Shreveport and is the first female president in the LGA’s history, which dates back to 1920.  “I am very proud to have the opportunity to serve Louisiana golf and look forward to working with the LGA staff, Board of Directors, and all of our members to help ensure a vibrant future for the game in our State,” said Capouch.

Capouch has served on the LGA Board of Directors since 2019, the same year that the Louisiana Women’s Golf Association (LWGA) and the LGA merged into one organization. Capouch was instrumental in that unification process, and she helped ensure a seamless transition. “The LGA is excited to have Mary serve as President of our Association,” said LGA Executive Director Logan Ray.  “She has proven herself to be an exceptional leader, and her reputation in the game is unrivaled. Mary brings a tremendous wealth of knowledge to our leadership team, and her forward-thinking ability will be an asset for us as we continue to advance golf in Louisiana.” Capouch, a member of Beau Chene Country Club and New Orleans Country Club, has many accolades for her service to the game, including the LGA’s Distinguished Service Award (2005), USGA Ike Grainger Award for a lifetime service to the USGA and the game of golf (2009), and the Gulf States PGA Barbato-Thomas Award for Service to Golf (2018). This “Triple Crown” of awards is certainly a testament to the tireless work that Mary has done on behalf of the game.

In 1984, Capouch was nominated to the USGA Women’s Committee and served as Chair in 1999 and 2000.  During her tenure, she served as Chair of the Women’s Mid-Amateur Championship Committee (1991-1994), Chair of Women’s International Team Selection Committee, and served on the USGA Communications Committee.  She has officiated at over 50 USGA championships, including local and regional qualifiers, along with numerous other amateur events.  In 2000, she was the United States delegate to the Women’s World Amateur Golf Council in Berlin, Germany.  In 2002, she served as non-playing Captain of the United States Women’s World Amateur Team, at the Championship at Saujana Golf Club, Kuala Lumpur, Malaysia. She served in various capacities for the LWGA beginning in 1984, including Advisory Board, Rules Chair, and Publicity Chair.

A native of Champaign, Illinois, Capouch graduated from the University of Illinois with a Bachelor of Science in Communications and joined Conde Nast in New York as an editor for Mademoiselle Magazine.