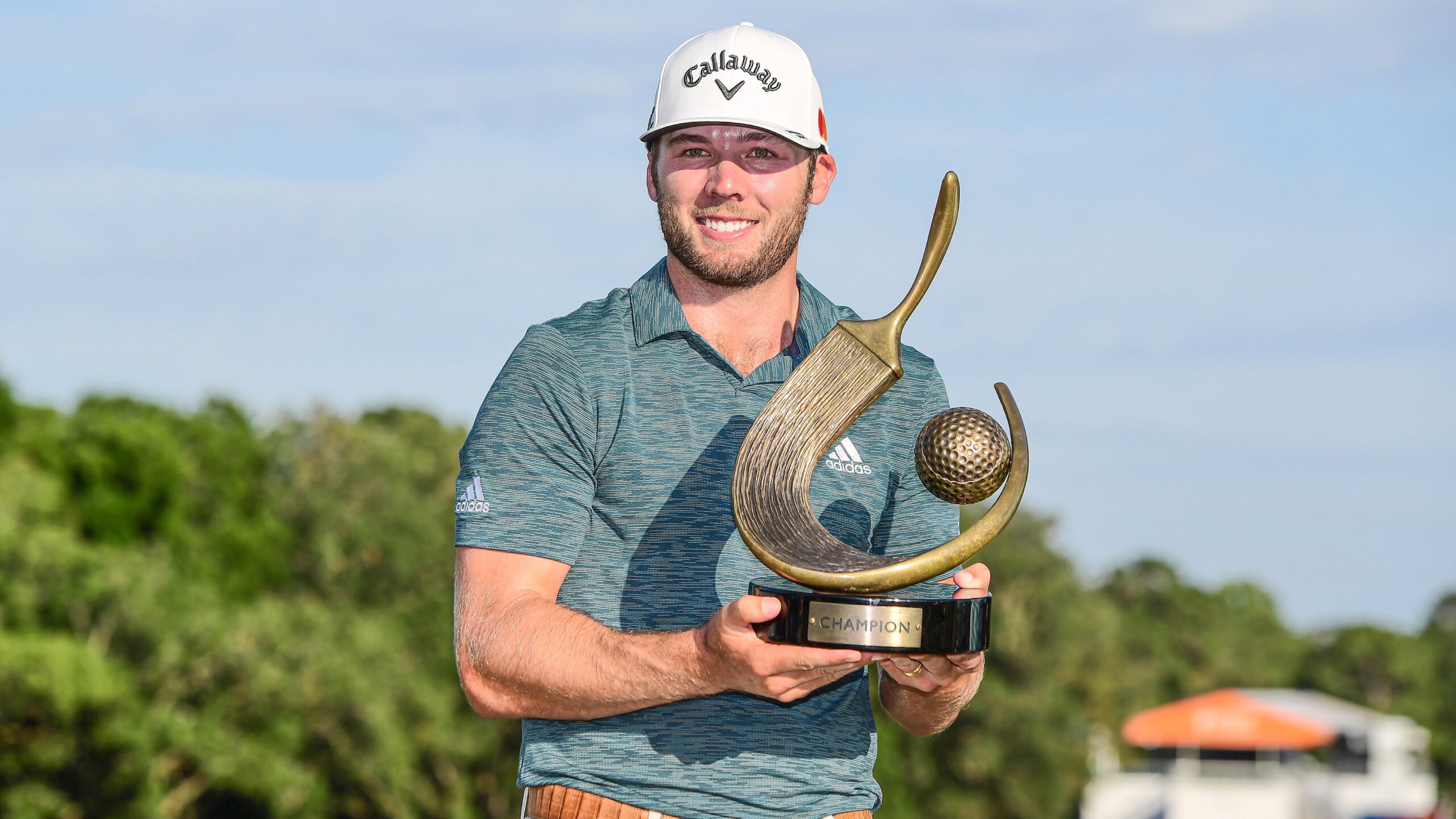 A huge congratulations to Louisiana’s Sam Burns on earning his first PGA Tour victory. The below recap was written by Sean Martin:

PALM HARBOR, Fla. – The putting green in the backyard was a gift in return for one more season of Friday night lights. It was where Sam Burns spent many evenings hitting putts for an imaginary PGA TOUR title.

The dream came true Sunday, when Burns, the kid who was college golf’s top player just four years ago and outdueled Tiger Woods in 2018, earned his long-awaited victory at the Valspar Championship.

Burns shot 68 on a windy Sunday to win the Valspar Championship by three shots over Keegan Bradley. The win came after multiple close calls this season and after a random ankle injury slowed the promising start to his pro career. They made the win that much sweeter, though on the 18th green.

Burns, 24, moved to 14th in the FedExCup with his victory.

The Burnses of Shreveport, Louisiana, now have a PGA TOUR winner amongst them, but like so many from that corner of the country, they are first and foremost a football family.

It started when he was 4 and Chase handed his younger brother an 8-iron. Sam’s first swing produced a 70-yard shot with a little draw. Then he did it again. And again. Chase ran inside to tell their father that they had a phenom on their hands.

By eighth grade, Sam was ready to commit to golf. That was tough news for his mother to take.

“She was just devastated because that was all she ever knew, was going to Friday night and watching football,” Sam said. “I said, ‘Well, mom, how about if I play one more year, we can have a little putting green in the backyard. That way, I can still practice after football practice.

“That was good negotiating on my part.”

Burns, thanks in part to the tutelage of fellow Shreveport resident David Toms, the winner of the 2001 PGA Championship, became one of the best juniors in the country before committing to another Louisiana school: LSU. He won the Jack Nicklaus Award after his sophomore season. It was then that he decided to embark on his pro career.

Burns quickly earned attention for his performance at the following year’s Honda Classic, when he played alongside Tiger Woods in the final round. Burns shot 68 to Woods’ 70 to finish in the top 10. He was in contention again at the Valspar Championship two weeks later before a late triple-bogey. A win on the Korn Ferry Tour quickly followed and he was a TOUR member before the end of the year.

His rookie year was off to a solid start before he broke his right ankle in July while playing basketball with kids in his neighborhood. He tried to come back too soon – perhaps a result of the football player’s mentality – and bad habits crept into his swing.

Burns was back on track from the start of this season, though. He shot 64-65 in the first two rounds of the season to take a two-shot lead at the Safeway Open. He faded to seventh place on the weekend, though.

It became a bit of a trend. Burns has been in the top five at the halfway mark of five events this season, the most on TOUR. The Valspar marked the third time that he held a 54-hole lead in 2020-21, tied with Jordan Spieth for most on TOUR.

The first Sunday lead came at the Vivint Houston Open, where he shot a 2-over 72 in the final round and finished six back. He was fighting his swing at the Genesis Invitational but built a five-shot lead after two rounds. He still held a two-shot lead after shooting 74 but his final-round 69 left him one shot out of the playoff won by Max Homa.

“Having those past chances that I wasn’t able to convert I think it got me ready for this moment,” Burns said Sunday.

He and Bradley shared the 36-hole lead at Innisbrook, four shots clear of the field, and still shared the lead entering Sunday. They were tied again after Burns’ birdie on the par-5 11th but Bradley fell two behind after hitting his tee shot into the water on the par-3 13th. Burns birdied the next hole to take a three-shot lead with four holes remaining.

He was four ahead when he arrived at the final hole. He could enjoy the walk, knowing the moment he’d dreamed about was finally here. He’s had to watch as peers like Collin Morikawa, Viktor Hovland and Matthew Wolff win before him and wait for his body to heal after an unexpected injury. Burns said Sunday that his faith in Christ allowed him to be patient while waiting longer than expected to win for the first time.

“If I don’t win, I can be OK with that. If I do, I give Him the glory,” Burns said Sunday. “Obviously at times it’s frustrating, you want things to happen, but just really deep down believing that His timing is perfect, His plan is perfect.”

This win was worth the wait.