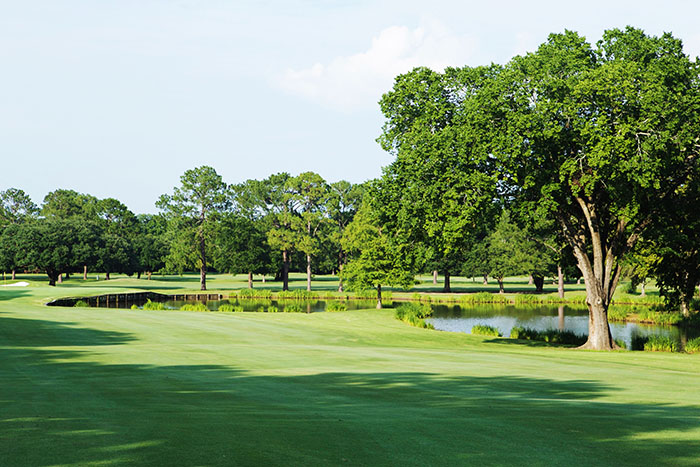 The Dick Wilson-designed Oakbourne Country Club course in Lafayette will host the 32nd edition of the Louisiana Golf Association Senior Amateur Championship May 6-8.  156 players from across Louisiana will comprise the field that will compete over 54 holes for the most prestigious Senior title in the state.  As a part of the competition the LGA will also conduct a Super Senior Championship for ages 65 & over.

Seven former Champions will be on hand, as this year’s field is among the strongest ever for the event that crowns the LGA’s Champion for those 50 years of age and older.  Last year’s Champion, Robby McWilliams of Benton, will attempt to make it three titles in a row, defending the Championships he won last year at Koasati Pines in Kinder and in 2019 at Money Hill G & CC in Abita Springs.  McWilliams, who also finished as runner-up in 2018, bested Monroe’s Eric Lavespere by four shots to win the 2020 Championship.  2018 (OakWing GC) and 2011 (University Club) Champion Rod Baronet returns, as does 2016 Champion (Oakbourne CC) Ken Buchan of Monroe, 2015 Champion (Lake Charles CC) Tommy Brennan of Covington, 2012 (OakWing GC) and 2009 (Lake Charles CC) Champion Doug Farr of Monroe, 2008 (Farm D’Allie GC) and 2006 (Oakbourne CC) Champion John Davis of Lafayette, and 2004 (Pelican Point GC) and 2002 Champion (Tamahka Trails GC) Frank Brame, of Alexandria.  All of the former Champions will compete in the Overall Championship with the exception of Farr and Brame, who will compete in the Super Senior Championship division.

The Oakbourne CC course will play to a par of 72 at just over 6,600 yards. The course is in great condition, albeit a tad wet after rain early in the week, for this field of the best Senior players in the state.  Play will get underway Thursday morning, May 6, at 7:30 a.m., off both #1 and #10 tees, with the afternoon wave beginning at Noon, also off #1 and #10 tees.  The Super Senior Championship will conclude after 36 holes on Friday, with the Overall Championship field cut to the low 60 players and ties after Friday’s play, with the Championship concluding on Saturday.

Oakbourne Golf Professional Cliff Wagner and Superintendent Jason Barras have worked extremely hard in preparing the venue to welcome the LGA and its Seniors to the 2021 Championship.