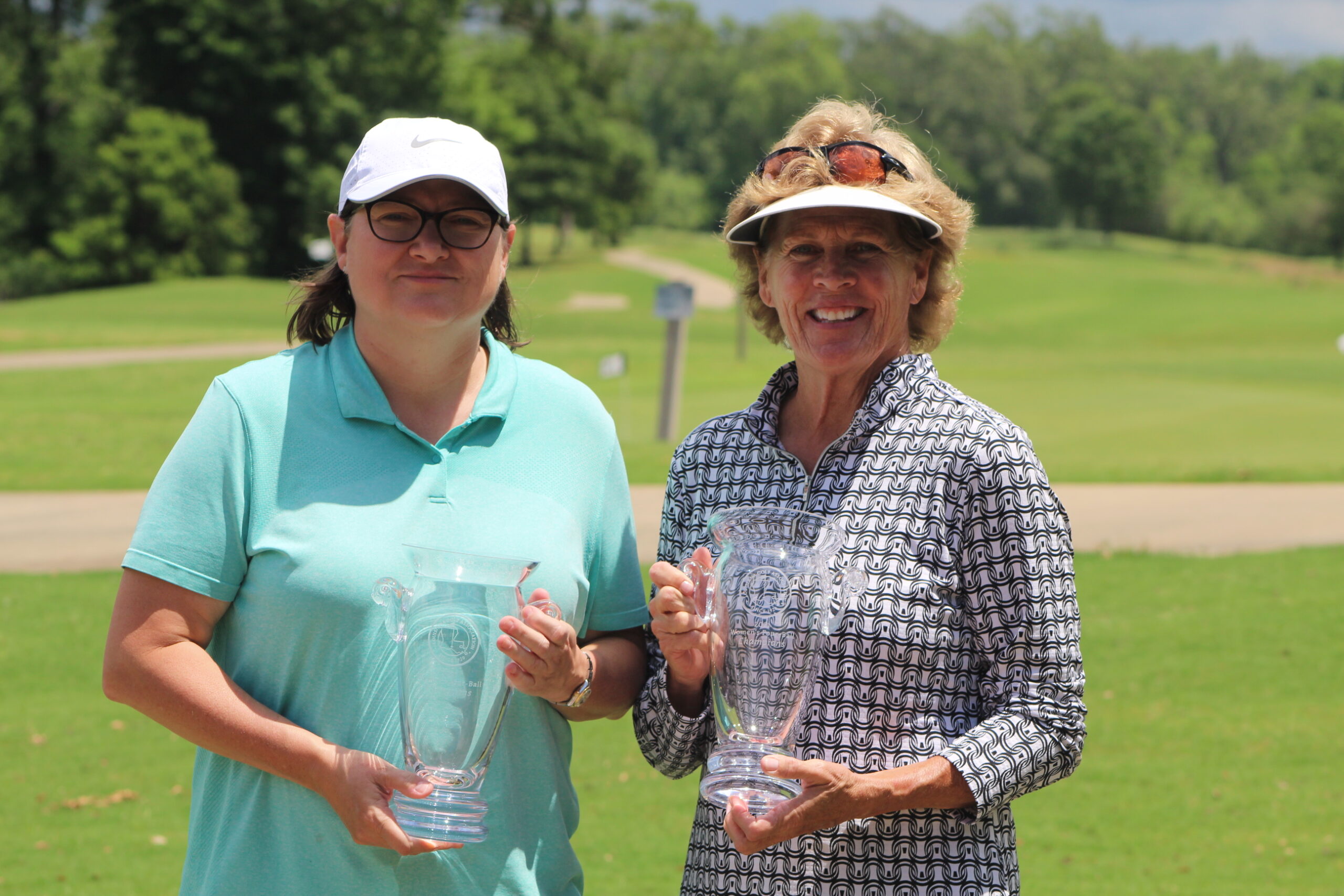 Julie Harrison of Baton Rouge and Kie McNabb of DeRidder won the 20th Louisiana Women’s Four-Ball by eleven strokes at Tamahka Trails Golf Club on Sunday. This duo also won the 2012 and 2013 Women’s Four-Ball Championship. Harrison and McNabb shot rounds of two-under par and one-under par in difficult conditions. This was the 17th LGA Championship victory for Julie Harrison and the 4th Championship for Kie McNabb. The winners received a crystal trophy and a varsity duffel bag from Jones Sports Company. Christina Popp of Lafayette and Janie Morrison of Rayne finished in second place with rounds of one-over par and seven-over par.

The LGA also conducts a Net division in its Women’s Four-Ball Championship in which all teams were pre-flighted based upon the April 15, 2021 World Handicap System revision. Per the USGA recommendations for players in a four-ball stroke play competition, course handicaps were adjusted to a 95% handicap allowance. Below are the results for the flighted divisions:

It was an overcast day in Marksville, with temperatures reaching the mid-70s. Tamahka Trails played to a par of 71 at approximately 5,200 yards on Sunday. Tamahka Trails is in excellent condition for the Championship, after the completion of a bunker renovation project that took place in 2020. All of the players had high praise for the course.